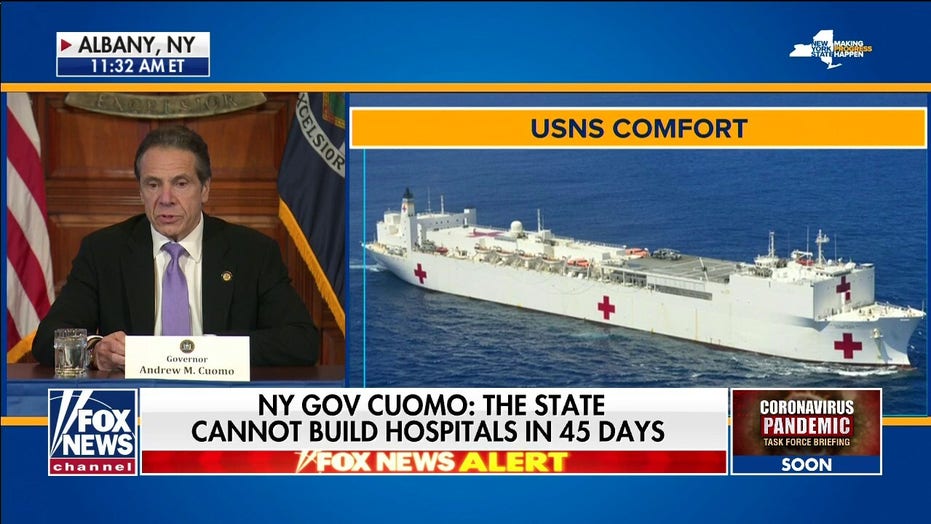 New York Gov. Andrew Cuomo, like President Trump, compared the fight against the coronavirus to waging war, drawing a parallel with the aftermath of the 9/11 terrorist attacks.

His latest remarks Thursday came the same day New York announced an 80.5 percent increase in the number of cases within the last 24-hours. At least 20 people have died and 4,152 people were infected in New York, according to the latest figures from Johns Hopkins University, updated at 1 p.m. EST Thursday.

“The impact, I think, is greater and probably greatest as a social phenomenon and on people and on families. This is tremendously disruptive on all sorts of levels. It came out of the blue,” Cuomo said in a press conference Thursday morning. “For me, in New York, it reminds me of 9/11 where one moment, which was inconceivable, just changed everything, changed your perspective on the world, changed your perspective on safety.

EX-NYPD COMMISSIONER WARNS  SHELTER-IN-PLACE 'COULD SET BACK THIS CITY ECONOMICALLY FOR A LONG, LONG TIME'

Cuomo announced no more than 25 percent of the workforce can be physically in a workplace, a reduction from the 50 percent ordered on Wednesday. There were exceptions for some industries involving food, pharmacies, health, shipping and supplies.

Cuomo said that claims there would be roadblocks, a New York City-wide lockdown or mandatory quarantines were all false. It appeared Cuomo and New York City Mayor Bill de Blasio butted heads earlier this week over city dwellers sheltering in place.

On Thursday, Cuomo, again, denied any such order was under consideration, despite de Blasio stating Wednesday that shelter-in-place orders, like those seen in the San Francisco-Bay Area, were still possible.

“The idea that New Yorkers will be quarantined, locked off, imprisoned in their homes -- none of that is going to happen,” Cuomo said at the press conference. “There's no quarantine plan in place for New York City.” 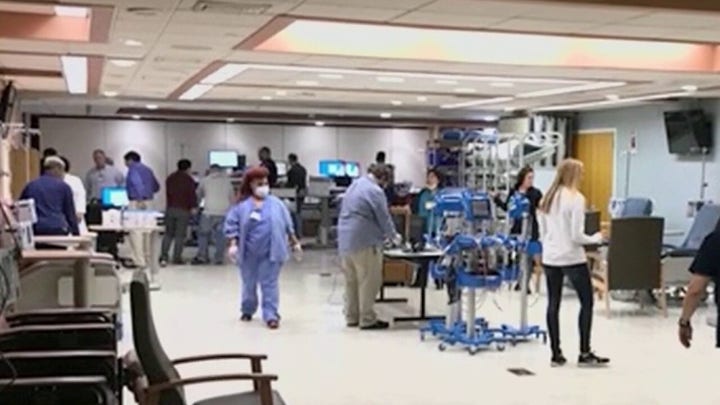 Cuomo also said, after speaking with him Wednesday night, Trump agreed, under the Defense Procurement Act, to order American companies to produce ventilators and protective medical gear to combat shortages.

“I think that’s the best possible sign that the federal government is stepping up to the plate,” he said, adding that every state was already shopping for ventilators, including New York officials who traveled to China, one of the largest producers of medical equipment, to search for supplies for purchase.

The National Guard has been activated in at least 18 states to help sanitize public areas and deliver food to children amid public school closures. Cuomo previously said, after speaking to Defense Secretary Mark Esper Tuesday night, he expected the U.S. Army Corps of Engineers in New York by Wednesday to help retrofit buildings for needed hospital ICU beds.

Trump on Wednesday agreed to dispatch the USNS Comfort, a hospital ship, to New York's harbor.