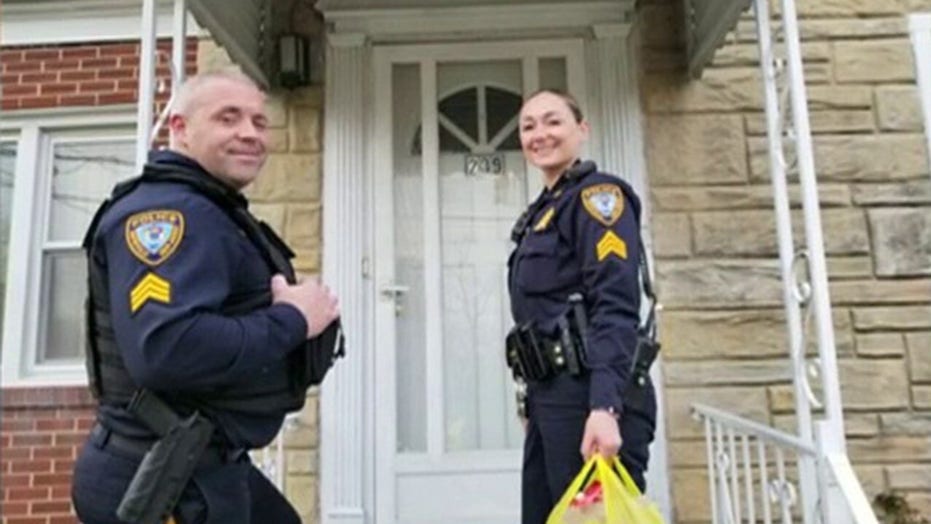 Sayreville Police Dept. Lt. James Novak and Sgt. Tom Sheehan on how they're helping the community.

A New Jersey mother, her two sons and daughter all died – and three other relatives remained hospitalized in critical condition – after contracting the coronavirus at a recent family gathering, according to reports.

Vincente Fusco died Thursday at CentraState Medical Center in Freehold, one day after his mother and brother died of the virus, Roseann Paradiso Fodera, a cousin and lawyer representing the Fusco family, told NJ.com. His sister died days before.

Grace Fusco, 73, a mother of 11 from Freehold, died Wednesday at CentraState Medical Center. Her son, Carmine Fusco, a New York- and New Jersey-based horse racing trainer, died that same day at St. Luke’s University Hospital-Bethlehem Campus in Pennsylvania. Both had tested positive for the coronavirus.

Her daughter, 55-year-old Rita Fusco-Jackson, died last Friday at the hospital in New Jersey. She tested positive for the coronavirus after her death, which deemed her the second person in New Jersey to die from a COVID-19 illness. She was a parishioner and a confirmation teacher in the Co-Cathedral of St. Robert Bellarmine.

“To imagine a week ago to get a phone call like this — if someone told me this story, I wouldn’t believe it," Roseann Paradiso Fodera, a cousin serving as the family’s attorney, told NJ.com. “It’s inconceivable to me.”

Three other family members remained hospitalized in critical condition as of Wednesday, reports said. Nineteen additional relatives, including spouses and children of those hospitalized, have been tested for the coronavirus and have quarantined themselves in their separate homes before results become available.

“This has been devastating for all of us,” Elizabeth Fusco, 42, of Freehold, said before her brother and mother’s deaths. “Our hearts are broken over losing our sister, Rita. We just need help in saving our family members with life-saving medication.”

It is believed the novel virus spread between relatives at a recent family gathering on March 10.

The family had ties to the first person to die after becoming infected with the coronavirus in New Jersey – a man named John Brennan, a horse trainer who lived in Little Ferry, NJ.com reported. His connection to the family was unclear.

Margaret Jahn, a Freehold health officer, said the city notified the Centers for Disease Control and Prevention about the recent string of deaths within the same family.

“There is definitely a cluster of cases at the hospital,” Jahn said. “We’ve conducted several interviews with regard to people who were exposed to close contacts, and we’ve followed up with those — so we are not seeing a community spread.”

At least 427 people in New Jersey were infected as of Thursday morning, according to Johns Hopkins University. The death toll stood at five people, including the mother and daughter from Freehold and Brennan.