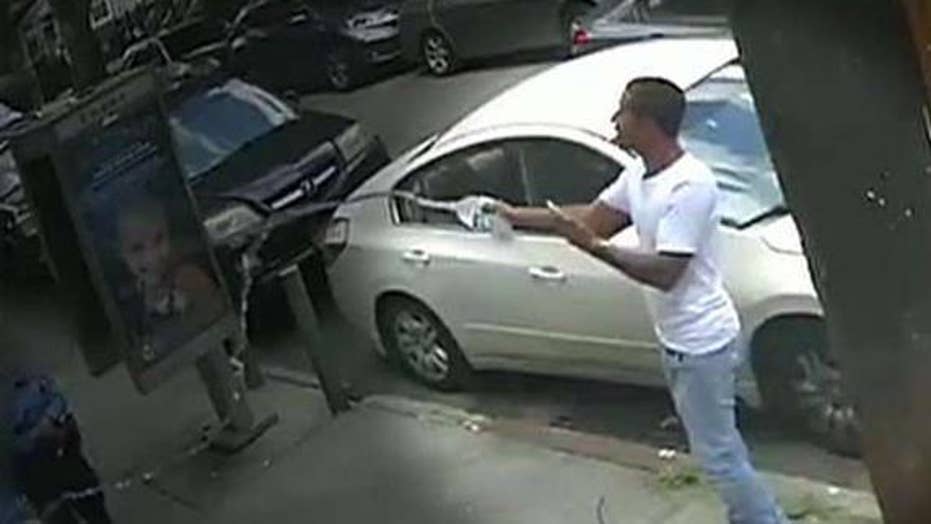 A man accused of spraying two New York City police officers with a bottle of water last week on the heels of other water dousing incidents involving cops has been arrested, the city's police commissioner announced Thursday.

NYPD Commissioner James O’Neill tweeted that Steven Larosa, 35, of Brooklyn, was arrested and charged with obstructing governmental administration and harassment in connection with the July 24th incident.

"The tough guy who confronted two NYPD traffic enforcement agents doing the job taxpayers want & expect them to do has been arrested," O'Neill said.

The footage, taken from a security camera July 24 in the city’s Queens borough, shows the man now identified as Larosa approaching two uniformed traffic cops with a water bottle in one hand and what appears to be a cell phone in the other.

The man splashes the officers with water and then walks away from the scene. He appears to have used the phone to record the confrontation as it unfolded. No injuries were reported stemming from the incident.

"Such behavior will never be tolerated," O'Neill said Thursday.

NYPD condemns videos of police being doused with water, having objects thrown at them