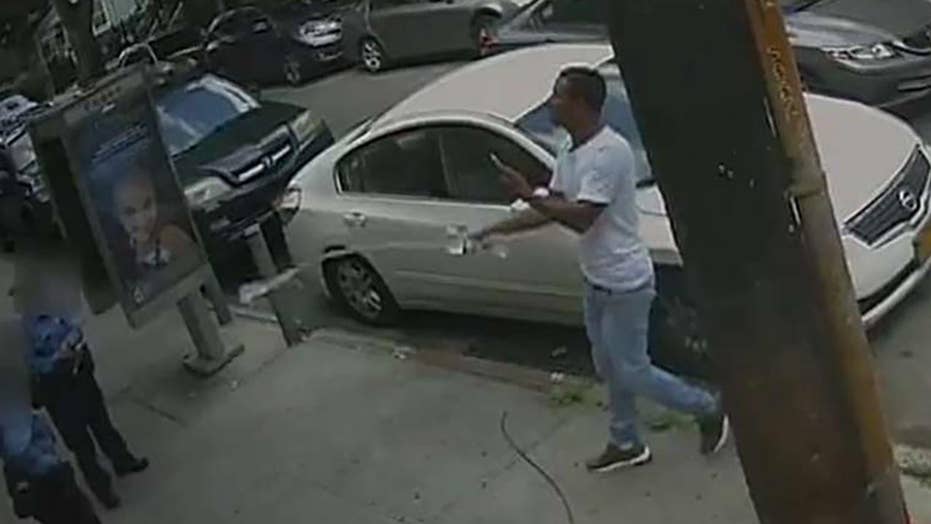 The man appears to be recording his water attack on NYPD traffic officers on his cell phone in surveillance footage.

The New York City Police Department on Tuesday released a video showing yet another incident in which officers were splashed with water.

The footage, taken from a security camera July 24 in the city’s Queens borough, shows an unidentified man approaching two uniformed traffic cops with a water bottle in one hand and what appears to be a cell phone in the other.

The man splashes the officers with water and then walks away from the scene. He appears to have used the phone to record the confrontation as it unfolded.

Outrage after NYPD officers are drenched with water while on duty

A 'Fox &amp; Friends' law enforcement panel reacts to the treatment of police officers in America.

No one was hurt in the incident, according to FOX5 NY, but police are now looking for the individual.