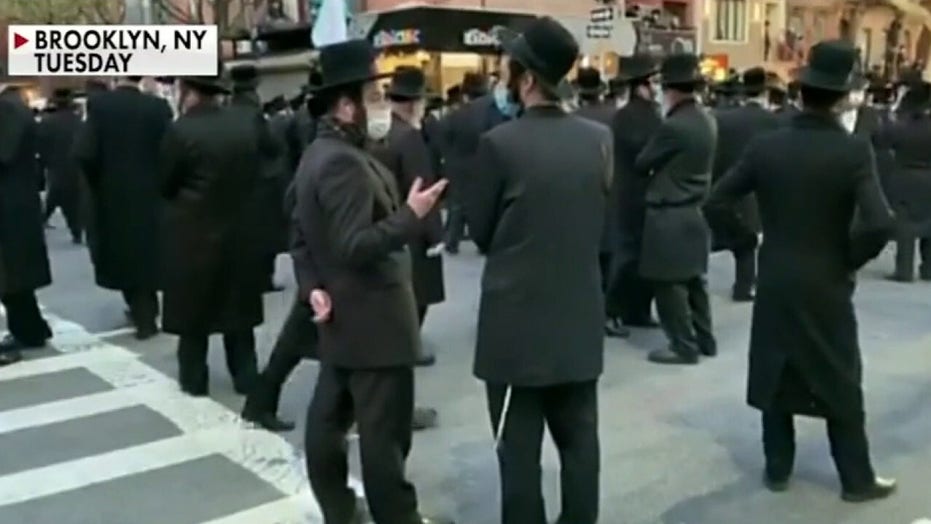 A chaotic video has emerged on social media of New York City police officers trying to break up a crowded funeral procession during the coronavirus pandemic, following recent warnings from Mayor Bill de Blasio against such gatherings.

The scenes that unfolded in Brooklyn’s Borough Park neighborhood Thursday depicted officers in protective masks running after a minivan carrying a deceased rabbi. Some were yelling at residents to “back up.” At one point, an officer appears to trip over another.

A 17-year-old was taken into custody and issued a summons for disorderly conduct after he was accused of pushing a police official, NYPD spokeswoman Sgt. Mary Frances O’Donnell told the Associated Press.

State Sen. Simcha Felder, who represents Borough Park, posted a tweet saying "terrorizing people by sending in armies of cops during such stressful times is not helpful at all. @NYCMayor -- we need real leadership. Stop the chaos now.”

Thursday’s confrontation came two days after De Blasio stoked divisions with a series of tweets after he went to Brooklyn to oversee the dispersal of thousands who crowded the streets of Williamsburg – another largely-Hasidic Jewish neighborhood -- for the funeral of different rabbi.

New York has banned gatherings, of any size, for any purpose during the coronavirus outbreak.

De Blasio had called the Williamsburg gathering “absolutely unacceptable” in one tweet and wrote in another: “My message to the Jewish community, and all communities, is this simple: the time for warnings has passed.”

Dov Hikind, a former state assemblyman who’s the founder of a group fighting anti-Semitism, said de Blasio’s singling out of Jews in his tweets “crossed every line.”

“It encourages anti-Semitism and scapegoating of the Jewish community,” Hikind said. “The mayor played right into the hands of the anti-Semites. I know that was not his intention. I know he’s a decent guy. He didn’t have the decency to just say the simple words, ‘I’m sorry I made a mistake.’”

Hikind says he also was assured that de Blasio ordered the police department to crack down on social distancing violations across the city, not just in the Jewish community – but just to make sure, he has requested data from City Hall.

De Blasio then came out the next day and apologized for his wording in the tweet, saying "I regret if the way I said it in any way gave people a feeling of being treated the wrong way, that was not my intention. It was said with love, but it was tough love.” 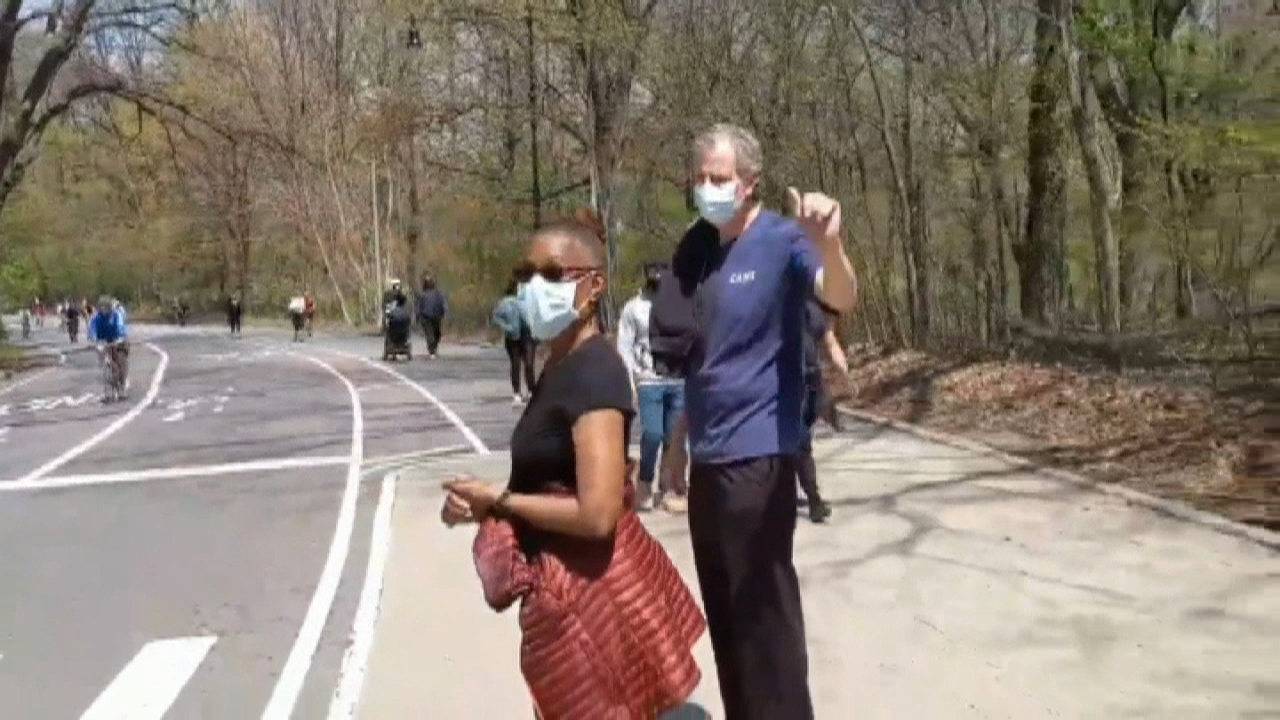 Borough Park, where the most recent funeral was held, has had at least 2,300 people test positive for the virus, according to city data. That's the sixth most of any ZIP code in the city.

Hikind said the number of people violating social distancing rules in Brooklyn is relatively small and most behave in ways that go against Judaism's central tenant of preserving life.

“I’ve begged and pleaded with the minority that exists within our community that don’t give a darn — don’t give a damn — about themselves, their families or the community,” Hikind said.

“You can’t have funerals with hundreds of people. You can’t have people praying in synagogues. You can’t do those things when people’s lives are on the line. It violates everything in Judaism.”