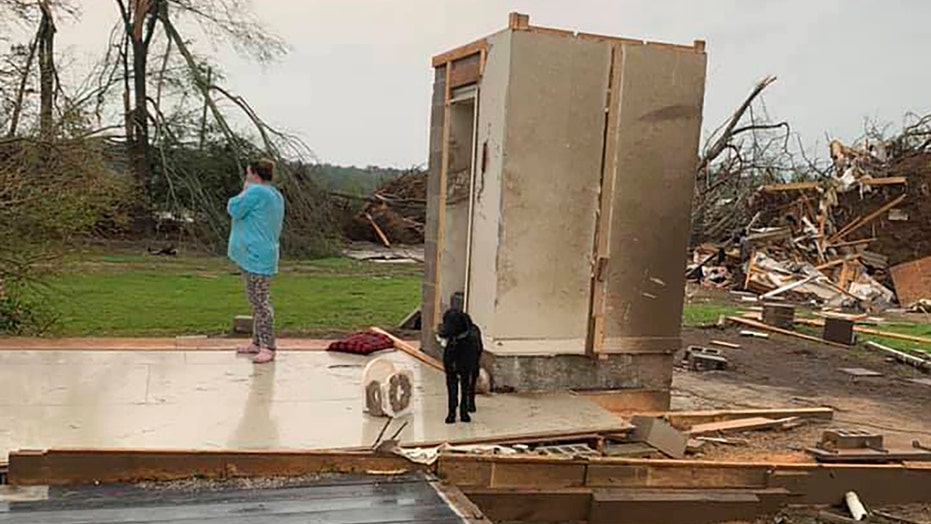 A family in Mississippi lost everything after a tornado obliterated their rural home on Easter Sunday, but they are alive because of a home safe-room that doubles as a closet.

More than 30 people were killed in a two-day period as severe storms tore across the South, leaving more than 1 million homes without power. Fox News Senior Meteorologist Janice Dean said there were reports of close to 80 tornadoes linked to the violent weather.

"We had one reported tornado in Mississippi that tracked over 100 miles, so this was one for the record books in terms of how many tornadoes we had," Dean said on "Fox & Friends."

In a two-day period, storms stretched from Texas to Mississippi, and then farther east to the Georgia coast and northward to Virginia. The National Weather Service (NWS) tallied hundreds of reports of trees down across the region, including many that punctured roofs and downed power lines.

Storm reports in a two day period after a spate of severe weather across the South. (Fox News)

"This is going to be a trying time for our friends in the South," Dean said Tuesday.

Members of one family in an impacted area of Mississippi said they just managed to get into their safe room seconds before a tornado struck.

“I was in there about 20 seconds when it hit,” Andrew Phillips told the Associated Press. “The house is gone, everything but the safe room.”

While the rest of their home was obliterated in a matter of seconds Sunday afternoon, Amber Phillip, her husband, Andrew, and their kids, ages 2 and 6 months, survived the storm without a scratch inside the small safe room, which doubles as a closet. (Andrew Phillips via AP)

Phillips and his wife, Amber, had only been living in the home for a few weeks with their two children, ages 2 and 6 months. He told the AP the safe room, built from concrete blocks, doubles as a closet and was one of the reasons he bought the home.

Some homes in the so-called "Tornado Alley" are equipped with Federal Emergency Management Agency (FEMA)-approved “safe rooms,” which, according to the organization, is a “hardened structure specifically designed to meet FEMA criteria and provide life-safety protection in extreme wind, including tornadoes and hurricanes.”

The family was watching an online Easter service Sunday morning when Phillips, a volunteer firefighter, then started tracking the weather online and on a fire radio.

As the tornado approached his home in Moss, he hurried the family into the room. Phillips told the AP he saw the funnel cloud outside, and then grabbed pillows from his bedroom before running back to shield his family.

TORNADO IN GEORGIA LIFTS HOUSE, DROPS IT ON MIDDLE OF ROAD AS DEADLY SEVERE STORMS STRIKE

The home was obliterated by the storm, with the safe room the only part left standing in photos he shared to Facebook. 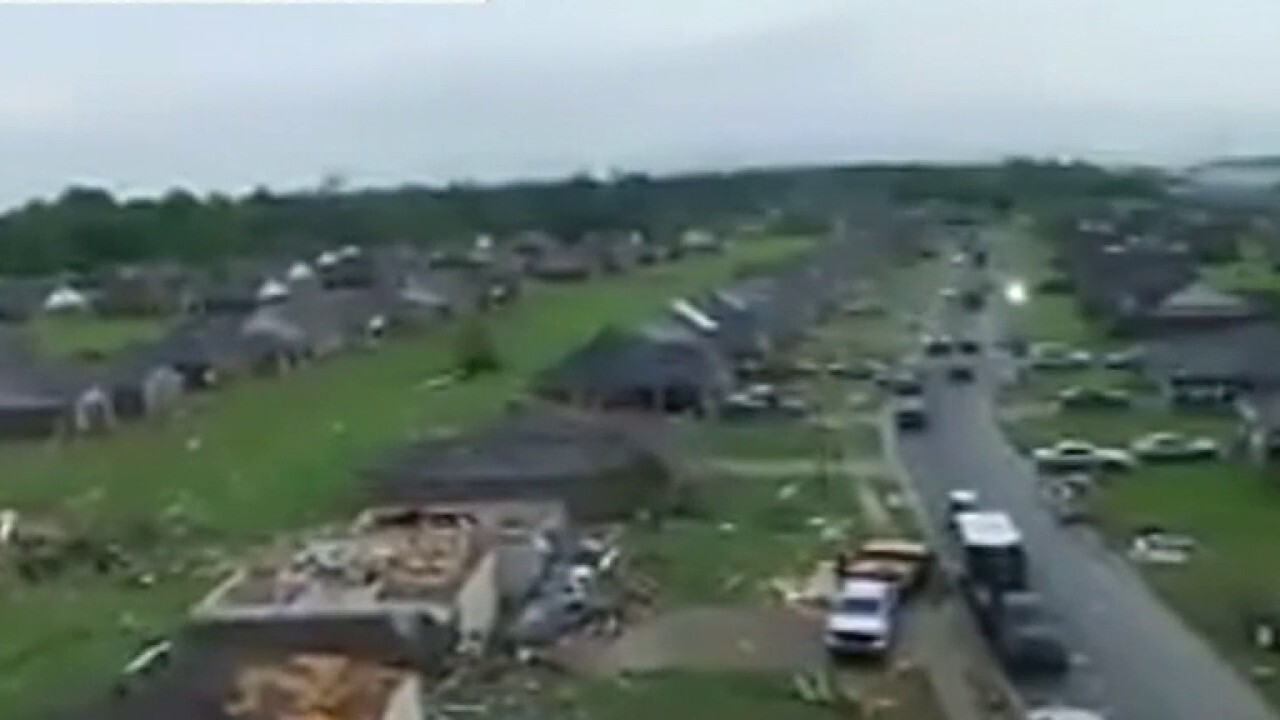 "The more I look at what is left of our house, it makes me think of the tomb Jesus Christ was in. We was in there Jesus protected us," he wrote on Facebook. "But after the storm was over the tomb was empty we came out alive just like Jesus did for you."

All four survived the tornado without a scratch.

"So since our tomb is empty we have risen and will return soon," he added.

Phillips told the AP that he was going to let insurance handle the damage and "trust in the good Lord."

“We’re going to try to come back bigger and better," he said Monday.

While the family of four survived the storm, others in Mississippi were not as fortunate. The Mississippi Emergency Management Agency said there were 11 confirmed deaths in the state and multiple injuries due to the storms.

The Lawrence County Sheriff's Office said on Facebook that Deputy Robert Ainsworth and his wife, Paula, were killed in their home when the deadly storms moved across the state.

"Robert left this world a hero, as he shielded Mrs. Paula during the tornado," the sheriff's office said. "He was a very valuable employee and will be greatly missed."

Mississippi Gov. Tate Reeves said the storms were “as bad or worse than anything we’ve seen in a decade.”

“We are used to tornadoes in Mississippi,” he said. “No one is used to this.”