Guards at the New York City jail where Jeffrey Epstein is said to have killed himself are suspected of falsifying log entries to show they were checking on him more often.

A serial bank robber awaiting sentencing at the Metropolitan Correctional Center in Manhattan was "accidentally released" from federal custody just days before a series of ignored protocols gave Jeffrey Epstein the opportunity for his apparent suicide.

Michael Matthews, 58, was told Aug. 7 he was free to leave the New York facility which, in recent days, has come under fire after Epstein, 66, died from an apparent suicide after being left alone in his cell for hours on Saturday — despite recently being on suicide watch, and despite protocol requiring otherwise.

Matthews' family told the New York Daily News that a counselor at MCC invited him to their office, where he was given a card to ride the subway and paperwork to sign to be released. He knew he was awaiting sentencing, scheduled for Sept. 20, but didn't speak up.

Richard Donoghue, U.S. Attorney for the Eastern District of New York, stated in a letter obtained by Fox News on Thursday that Matthews — who previously served time for bank robbery — was released, despite being held "pursuant to a permanent order of detention."

The Metropolitan Correctional Center in lower Manhattan has been under scrutiny since the death of Jeffrey Epstein on Saturday. (AP Photo/Mary Altaffer)

He explains that Matthews was arrested in January after he failed to appear at a halfway house in Brooklyn after being released from a federal facility in New Jersey. He was charged with escaping custody, and was also charged in three bank robberies during the time he was supposed to be in the halfway house, according to prosecutors.

"The government is currently seeking additional information about the circumstances prompting the defendant’s pre-sentencing release, and sets forth below those facts that the government has confirmed to date," Donoghue wrote.

While Matthews surrendered to officials Aug. 12, his release further contributes to the scrutiny surrounding the MMC — which houses some of the highest-security inmates in the U.S. — following Epstein's death.

Attorney General William Barr vowed on Monday a full investigation into the federal prison. He said he was "appalled... and frankly, angry to learn of MCC's failure to adequately secure this prisoner."

"We are now learning of serious irregularities at this facility that are deeply concerning and demand a thorough investigation.”

Epstein, who was found with bruising on his neck in his cell last month, had been taken off suicide watch shortly before his death, according to a source familiar with the matter. Per protocol, the 66-year-old should've been checked on every 30 minutes, but before his death had not been physically checked on for "several hours." Additionally, he didn't have a cellmate on the night of his death. 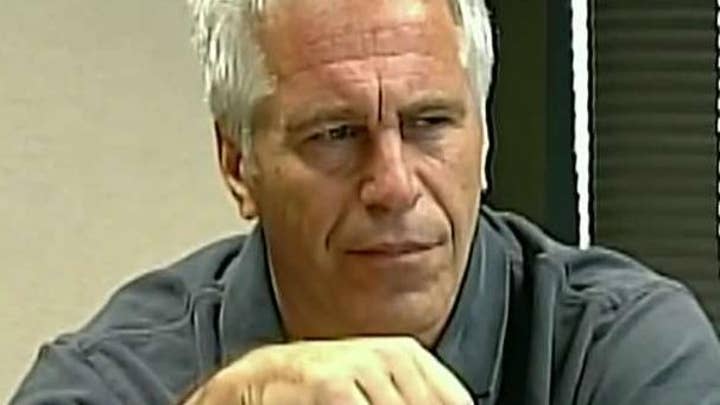 A lawyer for one of Epstein's former cellmates, Nicholas Tartaglione, a former police officer in New York who was charged in 2016 with the deaths of four men stemming from an alleged cocaine conspiracy, told Fox News earlier this week he's had several clients who have been locked up both in New York City's notorious Rikers Island jail and MCC, and claimed many have said they "would rather be at Rikers."

"That gives you some idea how bad the place is," the lawyer, Bruce Barket said. "At the end of the day, the facility is run with a bad combination of laziness and cruelty and this is one of the results."

He described conditions at MCC "border on inhumane," and said one day, when Tartaglione woke up, he discovered that while sleeping he'd rolled onto a rodent, smothering it.

Separately, a representative from the American Federation of Government Employees/Council of Prison Locals decried the low staff levels at MCC, but also said the issue is a "system-wide crisis in our prison system."