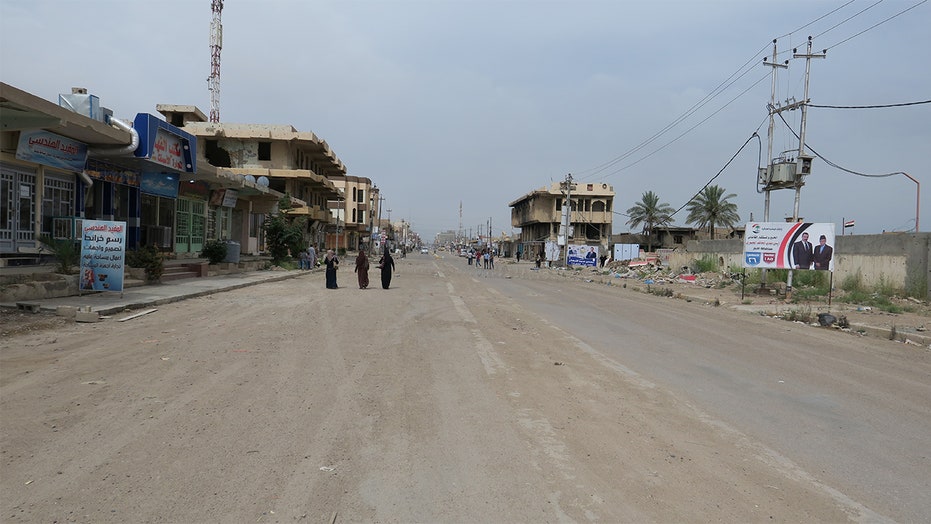 A man the Iraqi government says is an Al Qaeda leader has been arrested in Arizona, prosecutors said.

Authorities in Iraq have accused Ali Yousif Ahmed Al-Nouri, 42, of killing two police officers in Fallujah in 2006 with other members of the terror group founded by Usama Bin Laden, Arizona federal prosecutors said.

Al-Nouri was arrested Wednesday in Phoenix and appeared before a federal magistrate Friday. The FBI and U.S. Marshals arrested him after Iraq requested his extradition.

WHO IS THE FBI’S MOST WANTED AMERICAN TERRORIST? MEET JEHAD SERWAN MOSTAFA

“According to the information provided by the Government of Iraq in support of its extradition request, Ahmed served as the leader of a group of Al-Qaeda terrorists in Al-Fallujah, Iraq, which planned operations targeting Iraqi police,” Arizona federal prosecutors said in a news release.

Iraqis head to a polling center during a parliamentary election in Fallujah, Iraq May 12, 2018. (REUTERS/Ahmed Aboulenein)

Prosecutors said details in the complaint were allegations that had not yet been proven in court. They didn’t say how long Al-Nouri had been living in Arizona, how he entered the U.S., or what he did for a living.

It wasn't immediately clear whether Al-Nouri has obtained an attorney or plans to fight extradition.