Joint military operations between coalition and Iraqi forces against the Islamic State group will resume, the Iraqi military said Thursday, after a nearly three-week pause that saw tensions between Washington and Tehran come to a boiling point.

The escalations with Iran began after a U.S. drone strike killed one of its top generals in Baghdad earlier this month. Iraqi lawmakers subsequently voted to expel U.S. troops from the country in a non-binding resolution, a move Iraqi military officials said would jeopardize its fight against ISIS, which had overtaken large swaths of the country several years ago and has since been defeated.

The U.S.-led coalition said earlier this month it was halting operations to focus on securing its own troops after Iran responded to the airstrike with a barrage of rockets targeting an Iraqi military compound where American troops were housed. The Pentagon said 50 U.S. troops were injured in the attack. 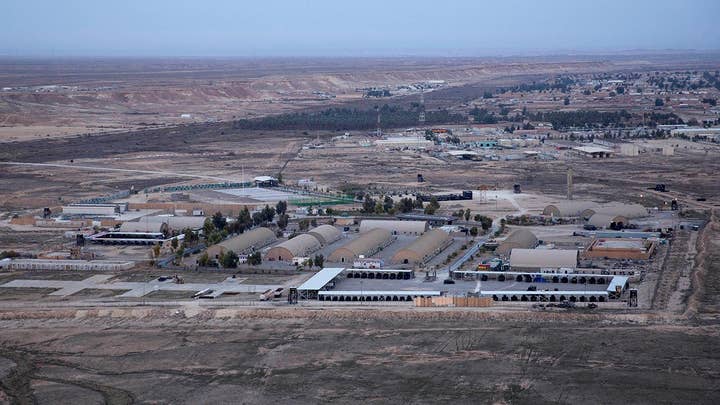 “In order to exploit the time that remains for the international coalition before the new relationship is set up ... it was decided to carry out joint actions” to defeat IS, an Iraqi military statement said on Thursday.

ISIS fighters continue to be holed up in northern parts of Iraq. The Iraqi military implied that Baghdad was standing by intentions to reorganize Iraq's military relationship with the U.S.

“In light of continued activities by the terrorist group (IS) in many areas of Iraq and for the purpose of making use of the remaining time of the international coalition before organizing a new relationship ... it was decided to carry out joint actions,” the statement said.

Security forces carry slingshots and a pellet air rifle during clashes with anti-government protesters in downtown Baghdad, Iraq on Thursday, Jan. The Iraqi military said it will resume operations with U.S.-led coalition forces after a three-week pause. (AP Photo/Hadi Mizban)

Outgoing Prime Minister Adel Abdul Mahdi has urged Washington to prepare plans for the eventual withdrawal of American troops from the country.

Meanwhile, anti-government protesters in Iraq have called for a million Iraqi to take to the streets Friday to build on the momentum gained followers of influential Shiite cleric Muqtada al-Sadr packed up and left last week.

Al-Sadr led his militia against U.S. troops in some of the most fierce fighting of the Iraq War.