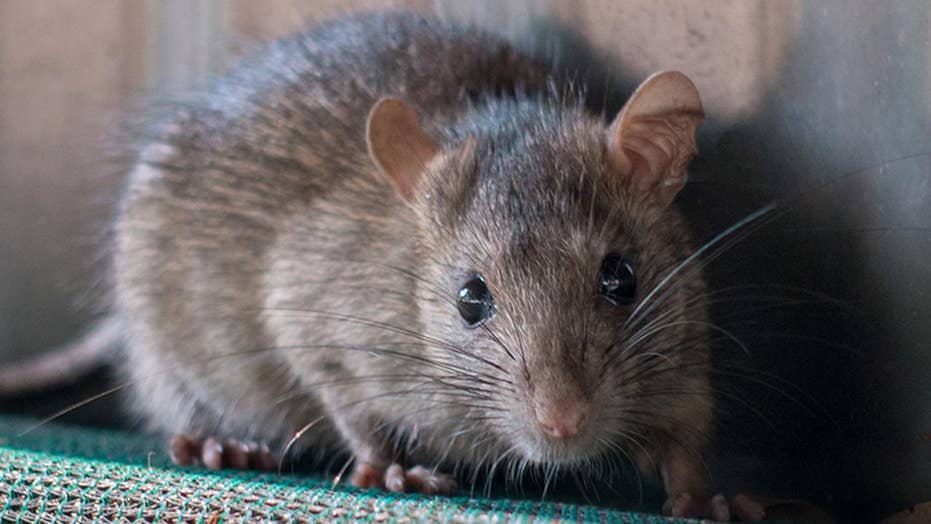 California cities overrun by rat infestations according to new study

Increase in homeless population along with government restrictions on select pesticides have fueled rat infestations in major cities across California according to a new report.

An ever-growing number of rodents in California -- particularly in Los Angeles -- is being fueled by a spiking homeless population and restrictions on rodenticides that are risking a public health crisis, according to a study released Tuesday.

The report by political action committee Reform California cites recent rodent-related events over the past six months, including an employee at the Los Angeles Police Department contracting Typhus and a rat falling from the ceiling of a Buffalo Wild Wings onto the menu of a patron, as proof of an "undeniable problem" in the Golden State.

"California is being overrun by rodents," said Carl DeMaio, chairman of Reform California. "Without immediate emergency action by state and local government, we face significant economic costs and risk a public health crisis."

US MAY DUMP 1.5 TONS OF RAT POISON ON FARALLON ISLANDS TO HALT INVASIVE RODENTS

Rodent's can carry dangerous diseases such as typhus, plague and salmonella, in addition to their roles contributing to asthma.

In this Jan. 14, 2019 file photo a homeless encampment is seen along a downtown Los Angeles. (AP Photo/Richard Vogel, File)

"Contrary to common belief, being bitten by a rodent is rare and is not the most common way diseases are spread. Nonetheless, reports of city workers being bitten by rodents is on the rise – with most recent cases being reported in Los Angeles," the report notes. "Two other vehicles of transmission are far more prevalent: fleas and urine droppings."

The study also surveyed 23 pest control companies in California, and found that all of the reported that rat service requests were up almost 60 percent in the past year. Included in the study was a list of "rattiest cities" in the nation published by the pest-control company Orkin, which named Los Angeles as the second most rat-infested city in the nation behind Chicago.

At a press conference at Los Angeles City Hall on Tuesday, DeMaio there were two particular reasons behind the rodent explosion.

"First, the homeless population increase, which provides a source of food which supports population growth," he said. "Second, many local governments, including Los Angeles, have banned the most effective practices for detecting and eradicating rats."

About three-quarters of the nearly 59,000 homeless people counted in Los Angeles County in the past year were living outdoors, fueling concerns of a growing public health crisis with piles of garbage and rats near homeless encampments lining downtown sidewalks.

Reform California said the rodent population can be controlled using the most effective tools for pest control, but Los Angeles discontinued use of second-generation anticoagulant rodenticides in 2014, a move the group claims that led to the spike.

The report, spearheaded by DeMaio and various vector control industry leaders, asks Gov. Gavin Newsom to declare a public health emergency in the Golden State and require public entities to address the situation. It also calls on the state Legislature to oppose Assembly Bill 1788, which seeks to outlaw certain rodent-deterring products that use more robust chemicals but have concerned environmentalists.

"Instead of acting to address this developing crisis, California state lawmakers are just days away from passing legislation to ban the best rodent-control tools and methods available and would require use of less effective, so-called `green alternatives,"' DeMaio said. "It's madness."

Pest control companies echoed that sentiment, saying their hands are tied by government regulations that force them to use "green pest control" to eradicate rodents.

Proponents of the legislation contend the targeted rat poisons often wind up having a deadlier effect when rats that ingest the poison are consumed by wildlife, according to FOX11. Proponents also contend such poisons present a danger to children who may accidentally ingest them.

The Los Angeles City Council recently allocated more than $6.5 million to the Los Angeles Bureau of Sanitation to cover costs of hygiene and health services and cleanup teams that will target areas in desperate need of cleaning. Mayor Eric Garcetti has said the revamping of trash-cleanup efforts and outreach to homeless communities using "cleaning and rapid engagement" teams to respond to problem areas.