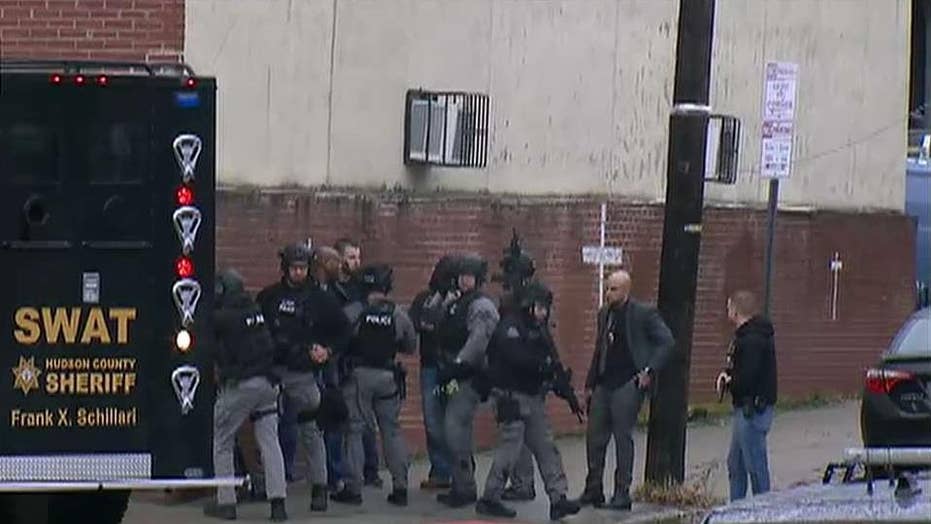 The couple who killed four people at a kosher grocery in Jersey City had planned an assault for months, and they were armed — with ammunition, weapons and a bomb — to trigger greater destruction, state and federal law enforcement officials said Monday.

Five weapons and hundreds of rounds of ammunition were found in the store afterward.

Investigators also found a bomb in the couple’s van that could have sprayed shrapnel fragments “five football fields long,” said Gregory Ehrie, special agent in charge of the FBI in Newark.

The van also contained materials that could have made a second bomb, he said. 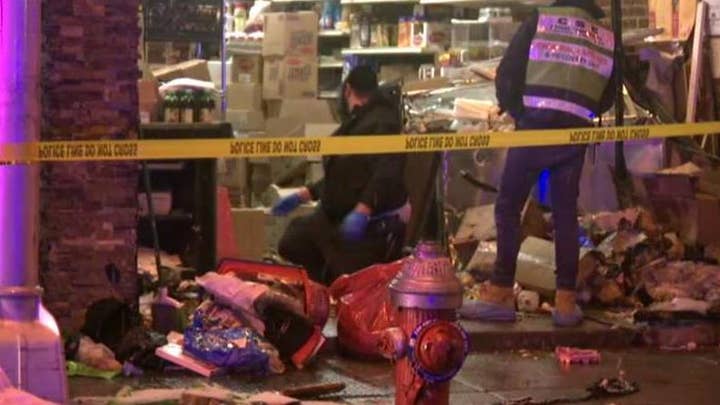 David Anderson, 47, and Francine Graham, 50, shot and killed Jersey City Detective Joseph Seals in a chance meeting in a cemetery Dec. 10, then drove to the market and killed Mindel Ferencz, 31, who owned the store with her husband; Moshe Deutsch, 24, a rabbinical student from Brooklyn who was shopping there; and store employee Douglas Miguel Rodriguez.

Rodriguez held the back door open for a wounded customer to escape before he was shot, authorities said Monday.

The couple had expressed hatred of Jews and law enforcement in notes left at the grocery shooting scene and in online posts.

The suspects had been linked to the Black Hebrew Israelite movement, a militant group whose fringe members believe they're descendants of the ancient Israelites, and who have been known to rail against white people and Jews.

“This was a senseless and cowardly act,” U.S. Attorney Craig Carpenito said.

The kosher grocery is a central fixture in a growing community of Orthodox Jews who have been moving to Jersey City, which has about 270,000 residents, in recent years. Their community has been settling in what was a mostly black section of Jersey City, causing some resentment.

It’s unknown what prompted the confrontation between Seals and the shooters. Officials speculated that Seals, a 13-year veteran who was meeting someone about returning a car that had been impounded, may have stopped the U-Haul van that the suspects were driving because it fit the description of a vehicle connected to the slaying of a livery car driver in Bayonne a few days earlier.

Seals may have thrown off their plans and prevented more bloodshed, Carpenito said, but he did not provide more detail.

Anderson and Graham bludgeoned and then shot the livery driver Michael Rumberger, 34, officials said, though it wasn’t clear if he had been targeted. The couple also had done online research on a Jewish center in nearby Bayonne in the days before the attack in Jersey City, Carpenito said. 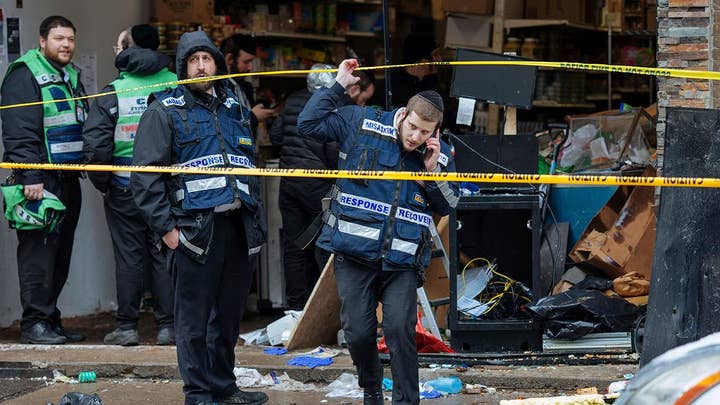 Barricaded in the kosher store, Anderson and Graham were killed after a lengthy gun battle with the police that sent the sound of gunfire booming for hours through the neighborhood in New Jersey’s second-largest city and across the street from a school.

A gun recovered at the kosher grocery that was used by Anderson and Graham to kill Rumberger also was used to shoot out the windows of a car driven by a Hasidic man on a highway near Jersey City, the investigation revealed. That man was not injured.

“Up until the attack, there wasn’t anything that would have put either of them on anybody’s radar,” Ehrie said.

But surveillance video showed Anderson and Graham had driven past the market in their rented U-Haul van twice in the week leading up to the shootings, Carpenito said.

At the scene, a note found on Anderson contained a reference to a 1990s documentary, “The FBI’s War on Black America,” which explored the FBI’s targeting of individuals involved in the civil rights movement in the 1960s, Carpenito said. He added that a timestamp written on the note corresponded to a segment in the documentary where an interviewee advocates killing “fascist pig cops.”

Investigators found among Anderson’s social media posts a reference to Jews as “imposters who inhabited synagogues of Satan.” 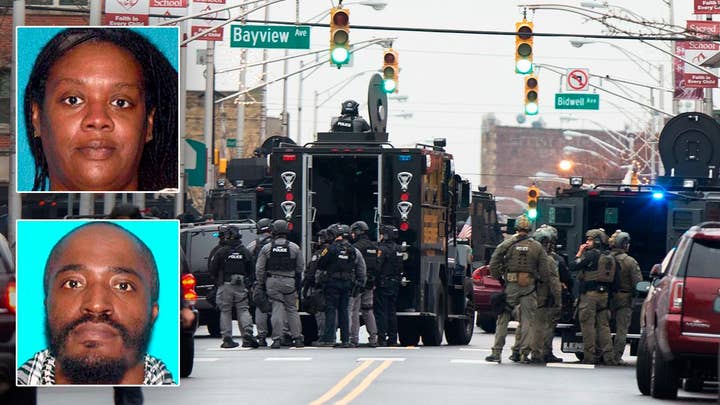 Anderson received about $560 per month as a military veteran, and may have sold property and a van to make money, officials said, but investigators have found no evidence he received outside assistance to purchase weapons or bomb-making materials.