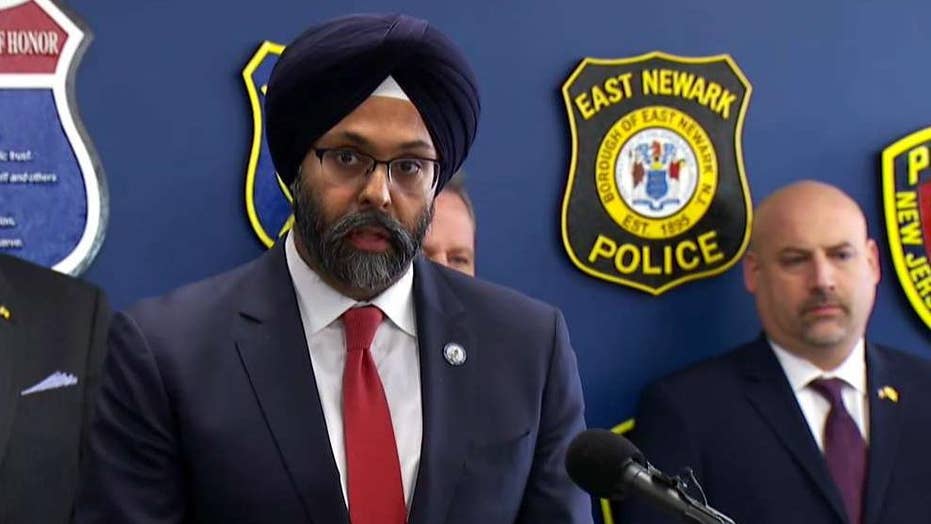 Multiple weapons and a "sophisticated" pipe bomb were recovered from the scene of Tuesday's deadly shooting in Jersey City, N.J., officials revealed at a news conference Wednesday.

State police officers conducted a forensic search on the vehicle that Anderson and Graham used to get to the Jewish supermarket where they allegedly gunned down three civilians, FBI Newark Special Agent In Charge Gregory Ehrie said. 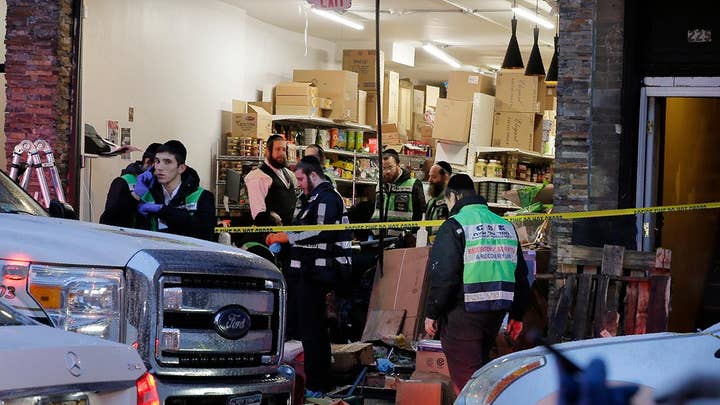 "They did locate in that, amongst other items that I won't be discussing, a pipe bomb -- an improvised explosive device," Ehrie said. "What I will say is that it was examined, it's in the FBI laboratory right now. It was a viable device, meaning that it could be a device that would have exploded."

He added that the pipe bomb was "not complicated but sophisticated in the sense that time and effort went into creating it."

MURDERED OFFICER'S MOTHER SPEAKS OUT: 'HOW CAN PEOPLE BE SO CRUEL?'

The shootout left six people dead, including the shooters, three bystanders and New Jersey Police Detective Joseph Seals, who was shot in the head and upper arm at a Jersey City cemetery before the suspects took off for the kosher supermarket.

Officials had revealed late Tuesday that the market was "targeted," but Grewal said Wednesday that investigators were not prepared to confirm the motive behind the incident.

However, Jersey City Mayor Steven Fulop tweeted, “Based on our initial investigation (which is ongoing) we now believe the active shooters targeted the location they attacked. Due to an excess of caution the community may see additional police resources in the days/weeks ahead. We have no indication there are any further threats.”

He didn’t clarify, though, if the incident was being investigated as an anti-Semitic hate crime, sparking calls for further explanation.

Wednesday afternoon he tweeted: "We shouldn’t parse words. To stop hate + anti-semitism we need to call it out QUICKLY for what it is. Some will say don’t call it anti-semitism or a hate crime till a longer review but being Jewish myself + the grandson of holocaust survivors I know enough to call it what this is."

Officials identified the bystanders killed at the market as Mindy Ferencz, 31; Miguel Douglas, 49; and Moshe Deutsch, 24.

Separately, the New York Times reported that one of the suspects, Anderson, had been linked to the Black Hebrew Israelite movement, a militant group whose members believe they're descendants of the ancient Israelites.

Anderson also had a social media page that contained anti-Jewish and anti-police comments.