Former FBI assistant director Chris Swecker weighs in on the Idaho murder mystery as authorities are still searching for the suspect and murder weapon on 'Your World.'

"Investigators have been monitoring online activity related to this ongoing and active case and are aware of the large amount of rumors and misinformation being shared as well as harassing and threatening behavior toward potentially involved parties," Moscow police said in a statement Friday afternoon.

They did not identify the "potentially involved parties."

"Anyone engaging in threats or harassment whether in person, online or otherwise needs to understand that they could be subjecting themselves to criminal charges."

Closing in on a month later, police have not publicly named any suspects or persons of interest – and they released few details before Wednesday, when they asked the public for help finding the occupant or occupants of a white 2011 to 2013 Hyundai Elantra seen near the victims' home around the time of the slayings.

The tip line can be reached at 208-883-7180 or by email to tipline@ci.moscow.id.us. Digital Media can be submitted at fbi.gov/moscowidaho. 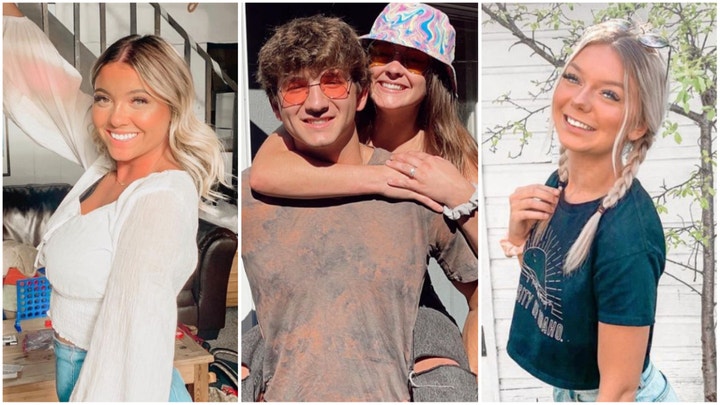 Two other roommates were on the ground level and escaped harm, police have said. Goncalves' dog was also unharmed.

The belongings of the victims of the Univeristy of Idaho quadruple homicide are removed from the house in Moscow, Idaho, Wednesday, December 7, 2022. (Derek Shook for Fox News Digital)

Some groups are moderated; some aren't. Some permit speculation; others prefer confirmed details only.

WATCH: Police move the belongings of four slain University of Idaho students out of their house 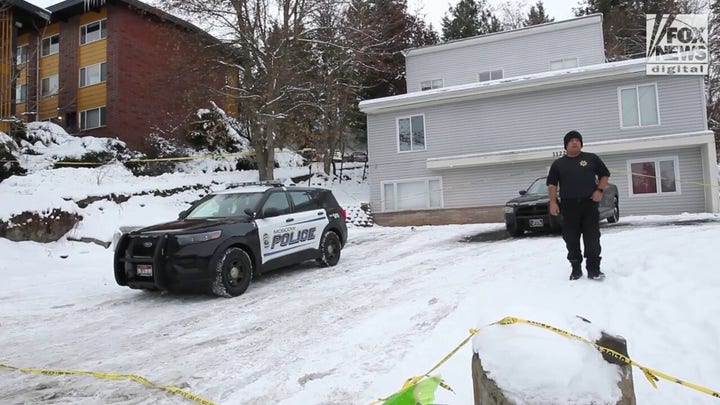 One Facebook group warns members, "No posting family…Do not post anything that has to do with the victims families. Doesn’t matter if it’s public record!" And, "Do not post pictures of people not directly involved in the case!! Do not name names!"

Moscow Police Chief, James Fry helps to transfer the belongings of the victims of the Univeristy of Idaho quadruple homicide which are being removed from the house in Moscow, Idaho, Wednesday, December 7, 2022. (Derek Shook for Fox News Digital)

The r/MoscowMurders forum on Reddit instructs users not to post any personal information at all about anyone.

Several administrators of groups with tens of thousands of members did not immediately respond to requests for comment. One who did politely declined to speak on the record.

But online speculation about possible persons of interest has led to the intimidation of unnamed parties who may or may not be associated with the case, according to police.

"Anyone engaging in threats or harassment whether in person, online or otherwise needs to understand that they could be subjecting themselves to criminal charges," Moscow police said Friday. "Moscow Police Department cautions the public not to rely on rumors and remains committed to keeping the public informed. We urge reliance on official channels for accurate information."

Investigators have named no suspects and have maintained that they will release "only vetted information that does not hinder the investigation."

Moscow, Idaho detectives are interested in speaking with the occupant(s) of a white 2011 to 2013 Hyundai Elantra, with an unknown license plate in relation to the investigation of a quadruple homicide on November 13, 2022. This image is not the car in question, it is just for reference.  (Handout)

They have repeatedly described several people as individuals "detectives do not believe" were involved in the crime without naming them.

They include the two surviving roommates, a "Male in the Grub Truck surveillance video," although several men appeared in the video, a "private party driver" who drove Goncalves and Mogen home hours before their slayings, "the male Kaylee and Madison called numerous times during the early morning hours of November 13th," a group of people who were present at the victims' home when the initial 911 call came in, and a sixth person named on the lease who no longer lived there.

Three victims were tenants at the home. Chapin, Kernodle's boyfriend, lived in a fraternity house 200 yards away and was sleeping over.

Chapin was a member of the Sigma Chi fraternity. He was majoring in recreation, sport and tourism management, the University of Idaho said. He and Kernodle were believed to have spent most of the evening at the Sigma Chi house before returning to her place around 1:45 a.m., according to investigators.

Brothers Hunter, left, and Ethan Chapin pose in their Sigma Chi shirts. Hunter posted the photo to Instagram in a tribute to Ethan, who was found murdered near the University of Idaho campus last month.  (Instagram)

Kernodle and Mogen were both part of the Pi Beta Phi sorority and were marketing majors. Goncalves, a general studies major, belonged to Alpha Phi. They had been seen at the Corner Club bar in Moscow and at a food truck earlier in the evening.

"Your information, whether you believe it is significant or not, might be the piece of the puzzle that helps investigators solve these murders," police said in a statement.