MOSCOW, Idaho – FIRST ON FOX: The father of one of four University of Idaho students killed in a shocking unsolved stabbing attack last month says the new name mentioned in a freshly released surveillance video showing his daughter talking to another victim is not a suspect in the crime.

"We asked and did the obvious due diligence, and we looked into that, and it was pretty clear that this individual was not a part of the investigation as far as a suspect," Steve Goncalves, the father of 21-year-old Kaylee Goncalves, said on Saturday's "Lawrence Jones Cross Country."

As Fox News Digital was first to report, the video appears to show Kaylee Goncalves and Maddie Mogen walking with a man in downtown Moscow hours before the quadruple stabbing in a rental house steps away from campus.

The women appear to be wearing the same clothes Goncalves and Mogen were seen sporting that same evening on video outside a nearby food truck. The man walking with them is also wearing clothes that look like those on a man seen at the food truck whom police have said is not a suspect.

Screengrabs from a resident's camera and a local food truck in the early morning hours of Nov. 13 show University of Idaho victims Kaylee Goncalves and Maddie Mogen hours before they were killed along with two friends at an off-campus rental home. (Kristine Cameron, Twitch/GrubTruckers)

"Maddie, what did you say to Adam?" a woman asks as the group walks under an outdoor surveillance camera.

"Like, I told Adam everything," the second woman replies.

Police declined to answer questions directly about the video and said they were looking at all digital media submitted through the FBI's collection portal. 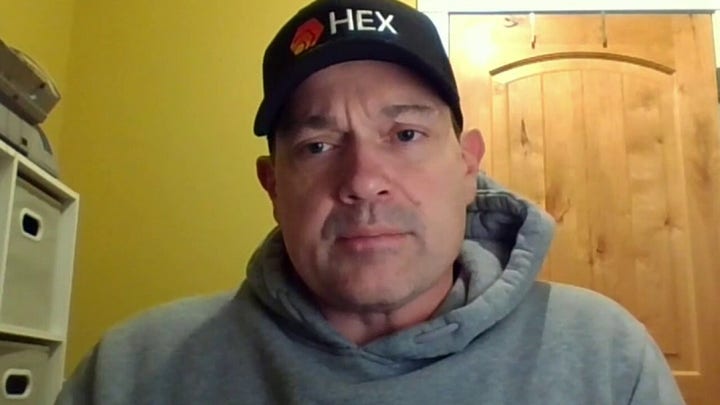 "Any digital content submitted as tips become part of the investigation," Robbie Johnson, a police spokeswoman, told Fox News Digital Sunday morning. "We review and investigate all  tips and leads."

The video was initially provided to Fox News Digital by Kristine Cameron and Alina Smith, the creators and administrators of the "University of Idaho Murders - Case Discussion" Facebook group.

They told Fox News Digital it was provided to them by a Moscow resident who previously submitted it to police and believes making it public can provide greater context about the incident. Fox News Digital reviewed the video but is using only stills to protect the source's privacy. 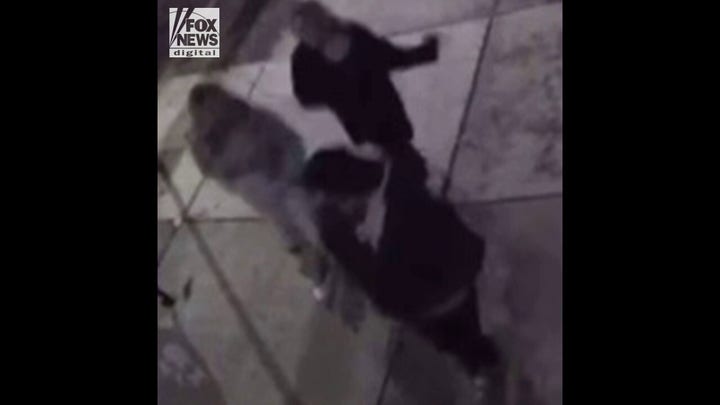 According to police, Goncalves and Mogen left the Corner Club bar at around 1:30 a.m. on Nov. 13 and walked to the food truck, where they ordered and then hitched a ride back to their King Road home.

Cameron and Smith, whose group has more than 90,000 members closely following the case, provided the video claiming it shows the young man in the hoodie was with Goncalves and Mogen before appearing in the food truck video. He is one of many people who have been subject to online speculation surrounding the case, which prompted police to warn web sleuths on Dec. 9 that online harassment and threats can be criminal acts.

Screengrabs from a resident's camera and a local food truck in the early morning hours of Nov. 13 show University of Idaho victims Kaylee Goncalves and Maddie Mogen hours before they were killed along with two friends at an off-campus rental home. (Kristine Cameron, Twitch/GrubTruckers)

"We can all scrutinize those couple of minutes at the food truck, but we just have to remember there was an entire evening before this," Cameron told Fox News Digital. "There’s more than just that one timestamp that we have into that evening."

The group arrived at a food truck around 1:40 a.m., and Goncalves and Mogen returned home just before 2 a.m., according to police.

The other victims, roommate Xana Kernodle and her boyfriend, Ethan Chapin, both 20, had returned to the house around 1:45 a.m., according to police.

Between 3 and 4 a.m., investigators say they were killed with what police have described as a "fixed-blade knife."

Police suspect a KaBar knife may have been used in slayings of four University Idaho students, inset. Caution tape surrounds the house near campus where the students were slaughtered. (Credit: Ka-Bar / Derek Shook for Fox News Digital)

No suspect has been identified or arrested per the latest police update on Friday. The investigation entered its fifth week Sunday.

Police have asked the public to come forward with anything "unusual" downtown where Goncalves and Mogen were seen or related to a frat party at the Sigma Chi house, 200 yards away from the crime scene, where Kernodle and Chapin had spent much of the evening.

They are also looking for a 2011 to 2013 white Hyundai Elantra that may lead them to "critical" information in the case.

Anyone with information on the case is asked to contact police.

The tip line can be reached at 208-883-7180 or by email at tipline@ci.moscow.id.us. Digital Media can be submitted at fbi.gov/moscowidaho.