Former FBI supervisory special agent Jim Clemente joins ‘Your World’ to analyze the traits that community members and law enforcement officials should look for in suspects in the Idaho murders case.

The unidentified suspect who fatally stabbed four University of Idaho students could show up at his victims' funerals to take "pleasure" in thinking they "got away with the crime," a retired FBI profiler told Fox News Digital.

"They may take a lot of pleasure in thinking that they got away with the crime, and so going to a service like this where they can walk around and people don't realize who they are, that can certainly feed into that kind of egotistical response," she said.

Ethan Chapin, 20; his girlfriend, Xana Kernodle, 20; Kaylee Goncalves, 21; and her best friend, Madison Mogen, 21, were killed in the early morning hours of Nov. 13 in a rental home near campus in Moscow, Idaho.

The Moscow Police Department, which is working with the Idaho State Police and the FBI, has said it hasn't zeroed in on a suspect or motive yet.

Officials also said they haven't determined whether there was more than one assailant.

"My wife's biggest fear, part of the reason we didn't have a funeral, is because she couldn't be guaranteed that that monster was going to not be there."

Late Wednesday night, Moscow police appeared to walk back their claim that one or more of the victims was "targeted."

"Detectives do not currently know if the residence or any occupants were specifically targeted but continue to investigate," the Moscow Police Department said in a news release.

In this photo provided by Stacy Chapin, Ethan Chapin surfs on Priest Lake in northern Idaho in a family snapshot from July 2022. Chapin was one of four University of Idaho students found stabbed to death in a home near the Moscow, Idaho, campus on Nov. 13, 2022. (Stacy Chapin via AP)

Latah County prosecutor Bill Thompson told KTVB on Wednesday morning that "investigators believe that this attack was intended for a specific person."

O'Toole said the crime’s brazenness makes it more likely the suspect would take the extreme risk of attending the victims' funerals — and she put the odds of a surreptitious appearance at 50-50.

"There’s an arrogance about this crime, there’s a high-risk nature," she said, noting that the offender entered a home occupied by six people "where there was every conceivable possibility he would have had his a-- kicked."

The home where four University of Idaho students were murdered on Nov. 13, 2022. (Derek Shook for Fox News Digital)

Investigators would most certainly be videotaping and observing these events, added O'Toole, who famously wrangled a confession out of "Green River Killer" Gary Ridgway and is known as the FBI's leading expert on psychopathic criminals.

Goncalves' father told ABC News that the family was deeply concerned that the perpetrator would show up if they held a service.

"My wife's biggest fear, part of the reason we didn't have a funeral, is because she couldn't be guaranteed that that monster was going to not be there," Steve Goncalves said.

In 2015, Randolph Sanders gunned down co-worker Kim Jones after she discovered he’d stolen money from the children’s nonprofit where they worked and was about to report him.

Before he confessed, he attended her funeral and even shook her son’s hand, according to Crime + Investigation.

Henry Louis Wallace, dubbed the "Taco Bell Strangler," lured 11 women to the fast-food eateries in North and South Carolina before raping and choking them to death.

He knew many of his victims and often attended their funerals, where he comforted their families, until he was caught in 1994.

Hundreds of family members and friends attended Chapin's Nov. 21 funeral in Mount Vernon, Washington — about six hours from the University of Idaho.

Kernodle's obituary says a memorial is scheduled for Friday at Real Life Ministries in Post Falls, Idaho, her hometown, to honor all four victims.

It's unclear if the event is in lieu of a funeral. An obituary for Mogen says that she and Goncalves will have a joint memorial at some point in the future.

The slain students were found shortly after noon on Nov. 13 after police received a 911 call requesting aid for an unconscious person.

The victims were likely ambushed in their sleep between 3 a.m. and 4 a.m. and some had defensive wounds, according to the coroner and police. Each had been stabbed multiple times in the torso.

Steve Goncalves told ABC News that his daughter and her friends were killed "fast and nobody suffered."

Two female roommates were home at the time of the attack and likely slept through it, authorities said.

Ethan Chapin's family is frustrated by the lack of information from the University of Idaho and Moscow police. (Derek Shook for Fox News Digital/ Instagram)

"In general, mass killers are typically male, and they’re angry, or they seek retribution or revenge for some kind of mistreatment or rejection or humiliation," he said. "He is probably socially isolated."

Based on the complexity of the home’s layout, O’Toole believes the killer likely identified their prey days in advance.

Studying floor plans, which don’t show furniture, or peeking through a window, wouldn’t have been sufficient, she added. 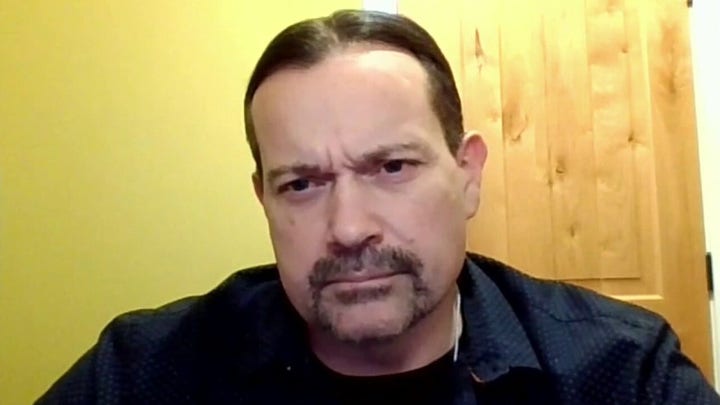 "All the cases that I’ve had with a crime like this… if the offender is successful, especially with people in the house, they’ve had to get in the house and look around," she said.

O’Toole surmised that the killer had significant experience with a blade,

Tips can be submitted at 208-883-7180, tipline@ci.moscow.id.us or through the digital submission site here.

Cristina Corbin and Stephanie Pagones contributed to this report.