House to vote on resolution condemning Trump for comments on progressive 'squad,' Pelosi says
A clear line has been drawn in the sand between President Trump and the squad of progressive freshman lawmakers who have emerged as the loudest voices in the Democratic Party -- Reps. Alexandria Ocasio-Cortez, D-N.Y., Rashida Tlaib, D-Mich., Ilhan Omar, D-Minn., and Rep. Ayanna Pressley, D-Mass. The president on Monday forcefully stood by his call for the congresswomen to "go back" to where they came from and "come back and show us how it's done," rather than criticize the Trump administration. He has demanded they "apologize" for apparent anti-American "hate." In response, the squad has referred to Trump as a racist "occupant" of the White House who needs to be impeached. 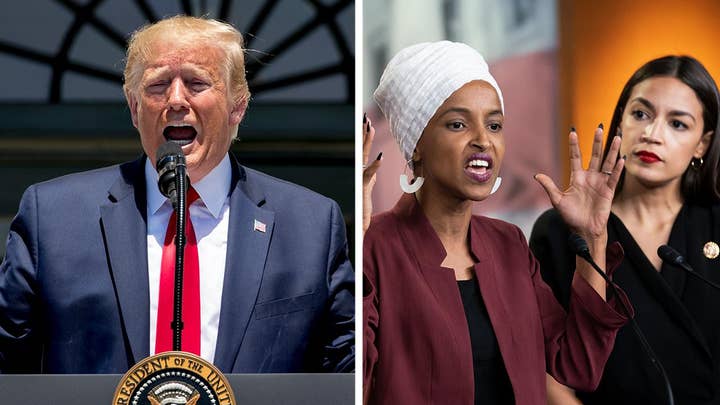 House Speaker Nancy Pelosi, who had had a very public rift with the quartet of Democratic lawmakers, announced Monday that the House would vote on a resolution condemning Trump's latest comments. The resolution "strongly condemns President Donald Trump's racist comments" and says they "have legitimized and increased fear and hatred of new Americans and people of color." Senate Minority Leader Chuck Schumer said his party would also try to force a vote in the GOP-controlled chamber. Meanwhile, House Homeland Security Committee Chairman Bennie G. Thompson, D-Miss., was seeking extra protection for members of Congress on Monday after Trump’s tweets and remarks, Fox News has learned exclusively.

Mexican Foreign Minister Marcelo Ebrard gives a press conference about new U.S. restrictions on asylum seekers in Mexico City, Monday, July 15, 2019. Ebrard said his country "does not agree with any measure that limits access to asylum," a reference to measures announced Monday by the U.S. government to end asylum protections for most migrants who arrive at the U.S.-Mexico border. (AP Photo/Christian Palma)

New crackdown on asylum seekers goes into effect today
The Trump administration on Monday announced a sweeping new policy tightening restrictions for asylum seekers, in a move that could drastically reduce the number of Central American migrants eligible to enter the United States in this way. The new rule, published in the Federal Register, is expected to go into effect Tuesday. It would require most migrants entering through America’s southern border to first seek asylum in one of the countries they traversed – whether in Mexico, in Central America, or elsewhere on their journey. In most cases, only if that application is denied would they then be able to seek asylum in the United States. 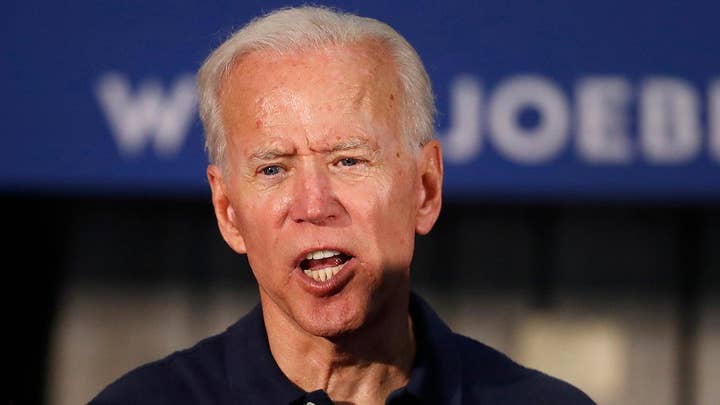 'You can keep it': Biden echoes much-maligned Obama quote in health plan pitch
"If you like your health care plan, you can keep it." That familiar pledge, made repeatedly over several years by former President Barack Obama, was named the 2013 "Lie of the Year" by fact-checking website Politifact, as millions of individuals lost their private insurance -- and had to switch to costlier options -- due to changes mandated by the Affordable Care Act. On Monday, Democratic presidential frontrunner Joe Biden unveiled his own health care plan, and issued a similar-sounding promise while speaking at a presidential forum sponsored by AARP in Des Moines, Iowa. 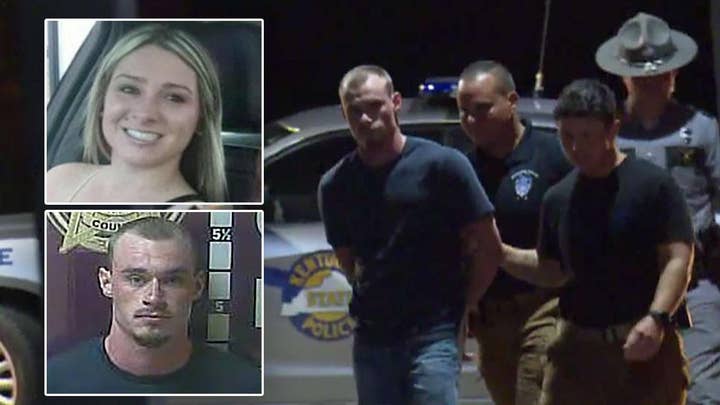 New details in disappearance and killing of Kentucky mom
A Kentucky State Police detective testified Monday that Savannah Spurlock’s body was found naked and wrapped in several black garbage bags in a 19-inch grave with her feet bound by tape. The details were revealed during a preliminary hearing for David Sparks who is charged with abuse of a corpse and tampering with physical evidence. A rug was also found behind Spurlock’s body when it was discovered last week during a search of Sparks' parents’ home in Garrard County, Ky, Lexington's WTVQ reported. Detective Tye Chavies of the Kentucky State Police testified Monday that the rug came from Sparks’ bedroom in the home.

This photo provided by CBS shows Melissa Rauch, from left, Simon Helberg, Johnny Galecki, Kaley Cuoco, Jim Parsons, Mayim Bialik and Kunal Nayyar in a scene from the series finale of "The Big Bang Theory." "Game of Thrones," "Veep" and "The Big Bang Theory," three major series that wrapped last season, will find out with Tuesday's nominations if they have one more chance at Emmy gold. (Michael Yarish/CBS via AP)

Final Emmy nods for 'GoT', 'Veep' 'Big Bang'?
When a long-running, much-admired television series ends, Emmy voters can bring the show and its stars back for a final bow — or give them the bum's rush. "Game of Thrones," ''Veep" and "The Big Bang Theory," three major series that wrapped last season, will find out with Tuesday's nominations if they get another shot at Emmy gold or have been overshadowed by shiny new rivals such as "Pose" and "Fleabag." "Thrones" and  "Veep" look well-positioned to garner top series and cast nominations, even though some fans and critics dinged (OK, savaged) "Game of Thrones" for an uneven season. HBO is looking to rebound as the most-nominated outlet, bragging rights it lost after a 17-year record was snapped last year by relative upstart Netflix (with 112 bids to HBO's 108).The 71st Emmy Awards show airs Sept. 22 on Fox.

TODAY'S MUST-READS
Netflix removes suicide scene from ‘13 Reasons Why’ following debate.
What's Area 51, and why is it so popular right now?
EXCLUSIVE: Billionnaire Peter Thiel tells Tucker Carlson which 2020 Dem has him ‘most scared.' 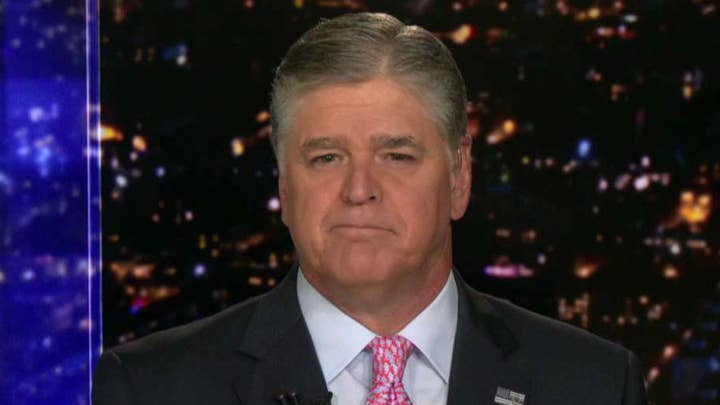 Sean Hannity says the feud between President Trump and the squad proves that House Speaker Nancy Pelosi no longer has control of her caucus and that AOC and her friends are running the party.