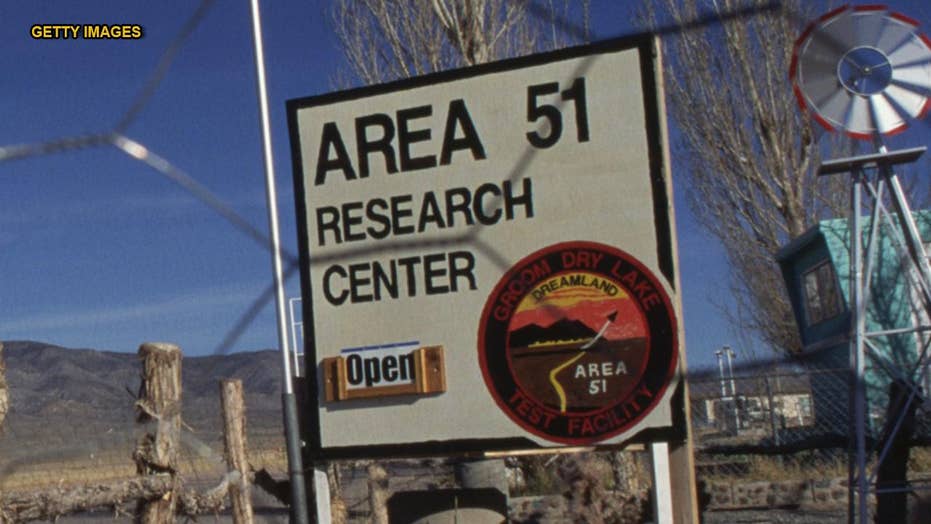 As one million Facebook users prepare to 'storm' the top secret Area 51 Military Base in Nevada, Annie Jacobsen, author of 'Area 51: An Uncensored History of America's Top Secret Military Base,' dismissed the idea that civilians could even get close to the facility. Jacobsen explained that besides the fact that the base is highly guarded, the military facility is housed inside a classified testing and training range which is roughly the size of Connecticut.

The top-secret military base known as Area 51 has long been a point of discussion for conspiracy theorists who believe the facility holds government secrets about aliens and UFOs.

The government denied its existence for years until the release of declassified Central Intelligence Agency (CIA) reports in 2013. Officials have referred to the site by several names, including the Nevada Test and Training Range, "Watertown" and "Dreamland."

Read on for more about the history and excitement surrounding the secret military base as the "Storm Area 51" event, which may have as many as 2 million people attend, goes on this weekend.

The United States Air Force facility commonly known as Area 51 is a remote detachment of Edwards Air Force Base, within the Nevada Test and Training Range. (Getty - FILE)

Area 51 is a government facility in the Nevada desert near Groom Lake, a dry lakebed located about 120 miles north of Las Vegas. The site was chosen in the 1950s to secretly test the Air Force’s U-2 aircraft and train pilots, according to the CIA.

The area had earlier been used during World War II as an aerial gunnery range for Army pilots.

Employees take small, unmarked passenger planes from the Las Vegas airport to get to the remote area, according to Business Insider.

President Dwight Eisenhower approved the facility’s development in the 1950s, according to the CIA. The site was used by the Air Force to test the U-2 spy plane during the Cold War.

TRUMP'S' OPINION ON UFOS: NOPE -- BUT YOU NEVER KNOW

In 2013, the CIA acknowledged its existence, releasing its location and how it had been used to test military aircraft, including the F-117A, A-12 and TACIT BLUE, according to Business Insider.

While it isn’t exactly known what the base is currently used for, an Air Force spokeswoman Laura McAndrews told The Washington Post that Area 51 is where “we train American armed forces” and “is an open training range for the U.S. Air Force.”

Why is it linked to alien conspiracy theories?

It has been linked to alien conspiracy theories since the testing of a spy plane in 1955, leading to sightings of what people called “unidentified flying objects.” For decades, it has been thought to serve as a holding site for UFOs, aliens and government secrets about extraterrestrials.

However, Air Force officials at the time couldn’t reveal the top-secret U-2 tests to the public. They explained the sightings as "natural phenomena" and "high-altitude weather research," according to Business Insider.

UFO fever gripped the U.S. nearly a decade earlier after an unidentified object crashed in Roswell, N.M on July 8, 1947. Officials would label the crashed object a weather balloon.

The secrets surrounding Area 51 have spurred the public's interest in learning what the facility holds.

A group of over 400,000 UFO enthusiasts — which is continuing to grow — recently made a social media pledge to "storm" the site to “see them aliens.” However, Annie Jacobsen – author of "Area 51: An Uncensored History of America's Top Secret Military Base,” said she doesn’t think the government will let anyone near the facility.

"That base is so jealously guarded, both in terms of media and in terms of actual physicality. I don't think the Air Force or any of the other military partners or intelligence community partners that are all working out there at Area 51 are gonna let anybody anywhere near the entrance to Area 51," Jacobsen told “Fox & Friends.”

Jacobsen, a Pulitzer Prize finalist and New York Times bestselling author, said "disinformation" and "cover stories" about the operations at Area 51 continue to this day.