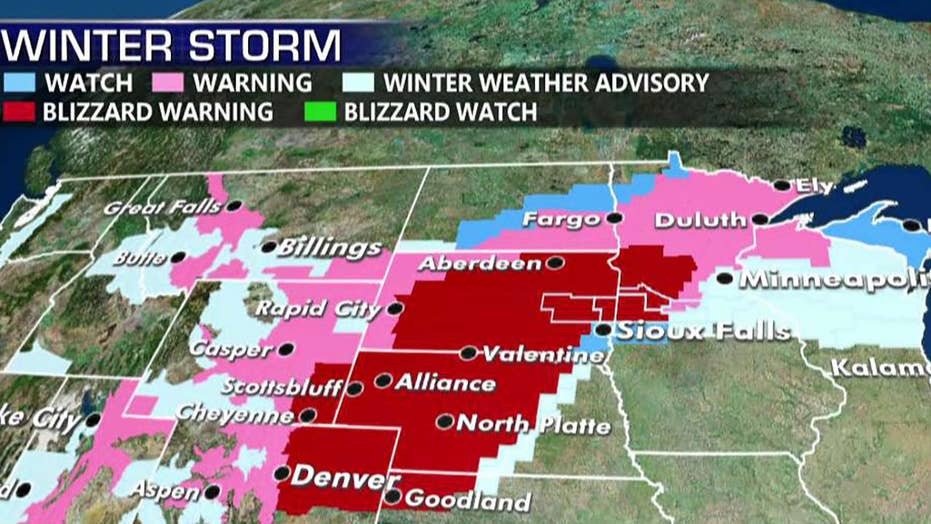 It may be April but winter's icy grip remains firm across the central U.S., where a potential blockbuster storm is set to bring an onslaught of heavy snow and blizzard conditions through Friday.

Blizzard warnings are now in effect in 6 states, stretching from Colorado all the way up to Minnesota, according to Fox News Senior Meteorologist Janice Dean.

"This actually could be a historic storm for folks across these areas," Dean said Wednesday on "FOX & friends."

The National Weather Service's Weather Prediction Center said the storm system will move over the Rockies and into the Northern Plains by Wednesday night, bringing heavy and wet snow to the region.

Up to 2 feet of snow is possible in some spots across the Central U.S. from the major storm system. (Fox News)

"A swath of 1 to 2 feet of snow is forecast for the Central/Northern Plains and into Western Minnesota through Thursday evening, with locally higher amounts," the NWS said.

The highest amount of snow is expected to fall across South Dakota, but the combination of snow and strong winds throughout the region will make traffic "difficult to impossible" as visibility drops to "near zero."

There is also the potential for sleet and freezing rain with accumulating ice near the border of Iowa and Minnesota, which may lead to power outages and dangerous travel. 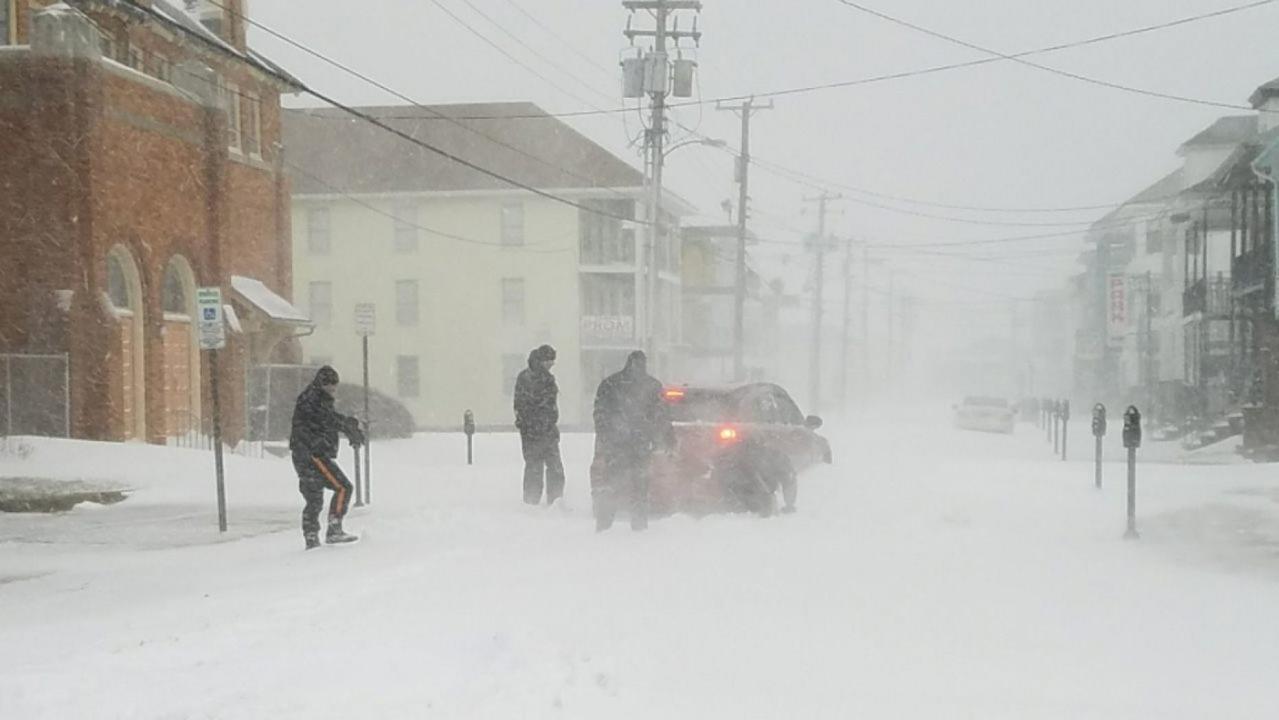 The storm could be similar to last month's "bomb cyclone" -- an unusual weather phenomenon in which air pressure plummets at least 24 millibars in 24 hours and a storm strengthens explosively -- that created devastating flooding across the Midwest.

While this latest storm may not intensify fast enough to that category, Colorado State Climatologist Russ Schumacher told the Associated Press it "will be near record intensity for April for this area."

Besides heavy snow, there is the potential for severe thunderstorms in warmer areas across the Midwest, according to Dean.

Warm temperatures south of the massive blizzard may bring the threat of severe weather to the Midwest. (Fox News)

The storm is also renewing fears of flooding to a part of the country where massive flooding over the past month has caused billions of dollars in damage.

Nebraska is not expecting a repeat of the catastrophic flooding it experienced last month because the ground is no longer frozen and ice has melted from the rivers, though there might be localized flooding across the state, according to weather service meteorologist Van DeWald in Omaha. The biggest threat will remain along the already swollen Missouri River, he said.

The worst of the snow is expected late Wednesday into Thursday. (Fox News)

"It's really just going to exacerbate that flooding and prolong it," he said. "We're probably looking at that surge hitting those Missouri River areas in Nebraska and Iowa three to five days after the storm." 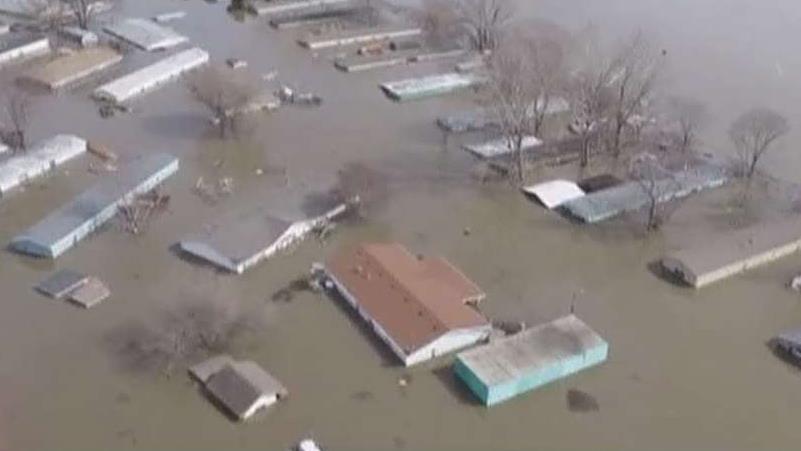 Floodwaters break through levees in Nebraska, Iowa and Missouri

In northwest Missouri's Holt County, where the raging Missouri River ravaged roads and highways, Emergency Management Director Tom Bullock is urging residents to be prepared to get out if another surge of water arrives after this week's storm.

"We don't have any protection," he told the AP. "Our levees are all broke."