Fox News Exclusive: Joe, Hunter Biden seen golfing with Ukraine gas company exec back in 2014, photo shows
A photo obtained by Fox News' "Tucker Carlson Tonight" shows former Vice President Joe Biden and his son Hunter golfing in the Hamptons with Devon Archer, who served on the board of the Ukrainian natural gas company Burisma Holdings with Hunter. Earlier this month, Joe Biden told Fox News in Iowa that he never discussed his son’s foreign business dealings with him. “I have never spoken to my son about his overseas business dealings,” Biden said, pointing the finger at President Trump. “I know Trump deserves to be investigated. He is violating every basic norm of a president. You should be asking him why is he on the phone with a foreign leader, trying to intimidate a foreign leader. You should be looking at Trump.”

Hunter Biden told the New Yorker previously that he and his father had spoken “just once” about his work in Ukraine. A source told Fox News the photo was taken in August 2014. News reports at the time indicated the vice president was in the Hamptons. Hunter Biden and Archer joined the Burisma Holdings board in April 2014. Click here for more on our top story.

Giuliani blasts Biden camp for trying to 'silence' him; Pompeo listened in on Trump-Ukraine call: report

Secretary of State Mike Pompeo was among the administration officials who listened in on the July 25 phone call between President Trump and Ukraine’s president, a senior State Department official told the Wall Street Journal. The report would appear to support Trump personal attorney Rudy Giuliani's claims on CBS News' "Face the Nation" on Sunday that Pompeo was aware of his efforts to encourage Ukraine’s government to investigate the Bidens. Over the weekend, the Democratic chairmen of three House committees subpoenaed Pompeo for documents related to Ukraine they said were critical to their probe. 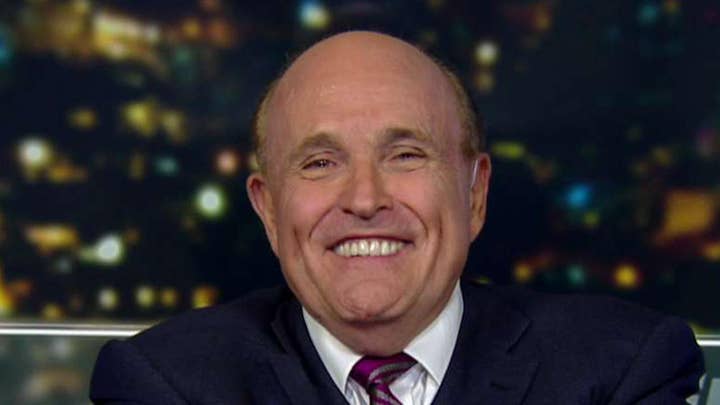 House Democrats on Monday subpoenaed Giuliani's text messages, phone records, and other documents and communications as part of their formal impeachment inquiry of President Trump. In an interview on "Hannity," Giuliani blasted the Biden camp for apparently trying to "silence" him by encouraging media outlets not to book him as a guest. The former New York City mayor said the Democrats are going to turn into the "party of corruption." Meanwhile, top Republicans are wondering whether Trump is a victim of a "political setup" by Democrats in the Ukraine call controversy, thanks to comments made by House Speaker Nancy Pelosi during her "60 Minutes" interview on Sunday. Click here for more on this story. 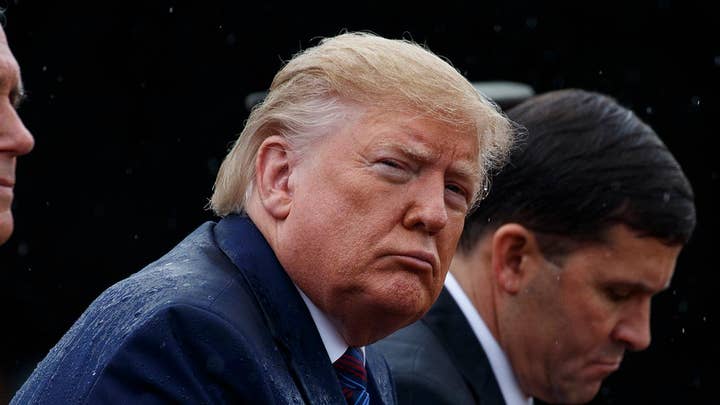 Barr asked Trump to speak to other countries in probe of Russia investigation, official says; source pushes back on New York Times reporting
Separately, a Justice Department official told Fox News on Monday that Attorney General William Barr asked President Trump to make introductions to foreign countries that might have had information pertinent to U.S. Attorney John Durham's ongoing probe into the origins of the Russia collusion investigation and possible misconduct by the intelligence community. But, a person familiar with the situation told Fox News it would be wrong to say Trump "pressed" the Australian prime minister for information that could have discredited former Special Counsel Mueller's now-completed probe, as the New York Times reported earlier Monday. 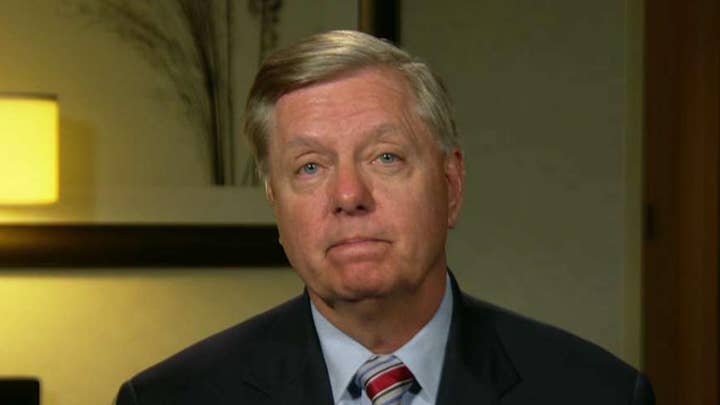 Sen. Lindsey Graham, R-S.C., slammed the Times report on "Hannity," calling it an "effort" to shut down Barr's investigation.

Fox News Exclusive: WinRed, new GOP donor platform, reaps impeachment windfall, rakes in millions
WinRed, the new GOP online fundraising platform designed to compete with Democrats in the battle for small-dollar campaign donations, has raised over $28 million since launching three months ago, with top officials crediting the Democrats’ impeachment push for a big spike in fundraising over the last week, Fox News has learned. WinRed raised $28.1 million in the third fundraising quarter, which began in July and ended Monday. The online platform is used to raise money for President Trump’s re-election, campaign committees and various Republican candidates across the country. 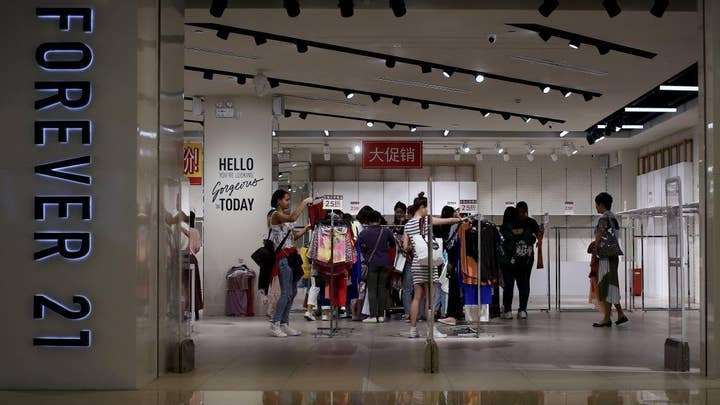 Mega mall owners mull investing in Forever 21 after bankruptcy
Two mall titans may invest in the bankrupt teen retailer Forever 21. The retailer filed for bankruptcy protection on Sunday morning and recently tried to cut a deal in which its two largest landlords, Brookfield Property and Simon Property, would take an ownership stake, according to the New York Post. The reason is Forever 21 uses a lot of mall space with its 541 stores. The nationwide closure of 178 locations would leave big holes at shopping malls. Negotiations between the retailer, Brookfield, and Simon reached an impasse over the weekend and are considered dead -- for now. 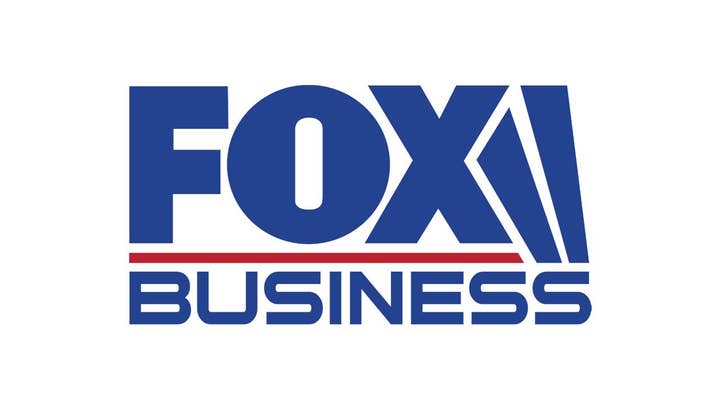 THE LATEST FROM FOX BUSINESS
Investing in you - Never stop trying: CEO suggests to fellow American dreamers.
Mark Cuban thinks the NCAA will 'implode' if this happens.
Warren Buffett's Duracell sued by Energizer. 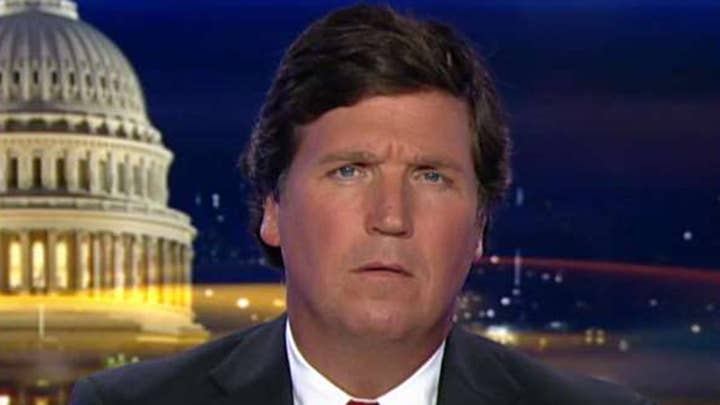 Tucker Carlson says the left has been working tirelessly to impeach President Trump since his inauguration. They seem closer than ever now to their goal - yet don't seem very happy about it.