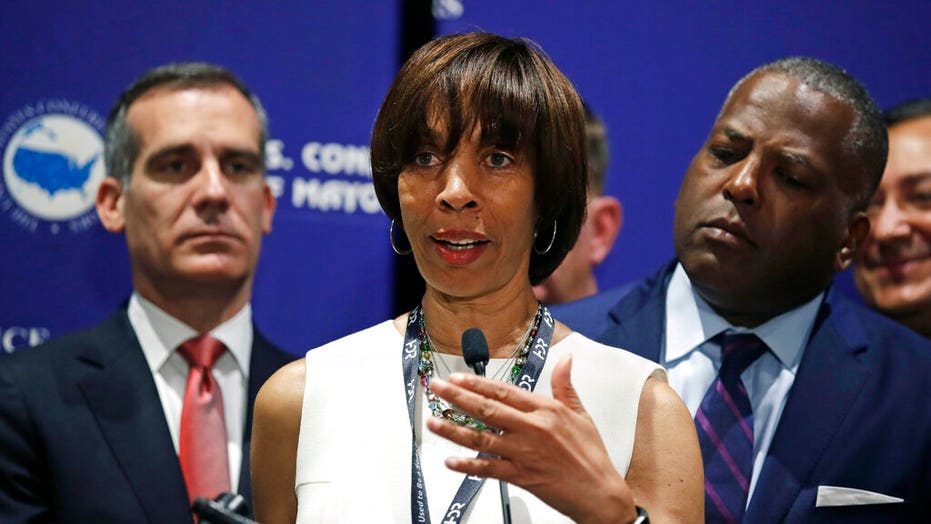 Former Baltimore Mayor Catherine Pugh is facing federal charges related to what prosecutors say was a plot to enrich herself through sales of her self-published children’s book series, according to a grand jury indictment made public Wednesday.

Pugh, 69, is expected to self-surrender to U.S. Marshals Thursday before her first court appearance before U.S. District Judge Deborah K. Chasanow, according to a news release.

The former mayor, who resigned her post in May amid the book sale controversy, is charged with conspiracy to commit wire fraud, seven counts of wire fraud, conspiracy to defraud the United States and two counts of tax evasion. The indictment was returned Nov. 14.

BALTIMORE MAYOR INSISTS LEADERSHIP IS NOT TO BLAME FOR HOMICIDE RATE

Pugh, 69, is expected to self-surrender to U.S. Marshals Thursday before her first court appearance before U.S. District Judge Deborah K. Chasanow, according to a news release.<br data-cke-eol="1"> (AP)

Prosecutors say Pugh, who became Baltimore's 50th mayor on Dec. 6, 2016, used her "Healthy Holly" book series in order to fund her lifestyle in addition to her political campaign and political interests. She allegedly bought a house and paid down personal debt with the profits, according to The Baltimore Sun.

The book scheme allegedly involved Pugh failing to print thousands of copies or double-selling titles in the series, the Sun reported. Prosecutors also allege Pugh listed her 2016 income as $31,000 when it actually exceeded $322,000.

In April, Pugh announced she was taking an indefinite leave of absence after she had been "advised by her physicians that she needs to take time to recover and focus on her health." She said she felt like she wasn't able to fulfill her obligations as mayor because of her deteriorating health brought on by a recent case of pneumonia.

Ultimately, Pugh resigned amid state and federal investigations about her book series, and apologized "for the harm that I have caused to the image of the city of Baltimore and to the credibility of the office of the mayor."