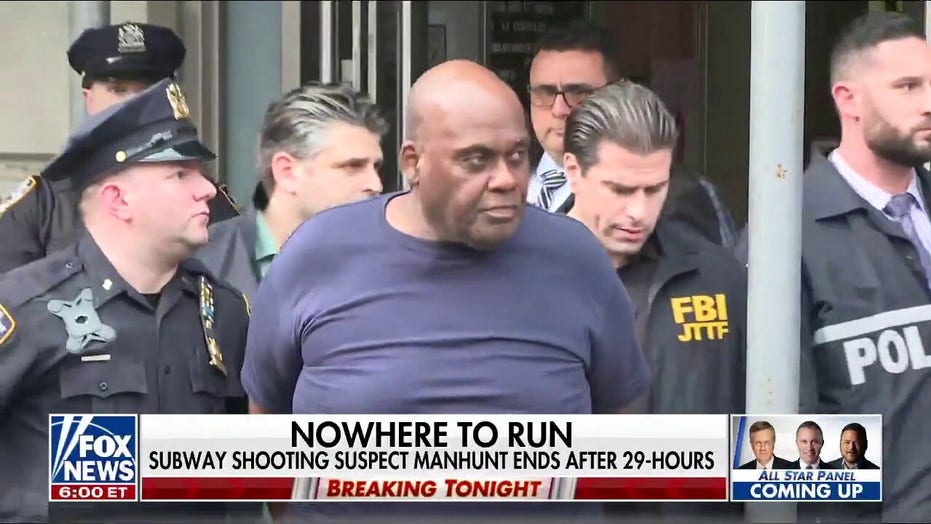 The New York City chapter of the Democratic Socialists of America slammed Mayor Eric Adams for the "bloated" police presence within the city’s subway system that did not stop the Tuesday shooting in Brooklyn.

"Since Mayor Adams assumed office, police have maintained a bloated presence in our subways — including at the 36th Street Station where yesterday’s shooting took place: and now, he is cynically doubling down on this policy," NYC-DSA said in a statement Wednesday.

"That police presence neither prevented nor deterred the attack, and failed to prevent the perpetrator from fleeing the scene. The solution to a violent society is a peaceful society, and peace requires material security," the statement from NYC-DSA’s spokeswoman Sumathy Kumar continued.

The statement was released shortly after Adams confirmed the arrest of Frank James, the man accused of opening fire on a busy Brooklyn subway Tuesday morning, the New York Post reported. He injured 29 people, including 10 who suffered gunshot wounds, according to police.

Subway assaults peaked to the highest levels in 25 years in 2021. Adams unveiled plans earlier this year to curb the crimes within the subway system, including increasing police presence and preventing homeless people from sheltering in the system.

"We cannot allow our city to turn tragedy into more violence," the statement continued.

"Increased policing does not protect us — Mayor Adams’ public safety policies failed New Yorkers." The DSA has long criticized the NYPD and led the charge on creating the hashtag #DefundNYPD.com, saying during its campaign that "police do not keep us safe."

The group offered that a solution to the crime is "to fight collectively for viable, sustainable, and effective solutions to issues of public safety, crumbling infrastructure, our growing housing crisis, and widespread material insecurity."

"Our solutions must attack the root of the problem, and be holistic ones," the statement said.

Adams’ office pushed back on the criticisms, telling Fox News Digital that subway patrols were increased Tuesday while suspect Frank James was still on the loose.

"On the day of the subway shooting and while the suspect remained at large, the NYPD made a one-day change and held day-shift transit officers on with their night-shift counterparts in an effort to keep New Yorkers safe," City Hall spokesman Fabien Levy said.

"Mr. James was apprehended in under 30 hours because of the collaboration between our city, state, and federal partners and the work they did yesterday and on Tuesday."

Rep. Alexandria Ocasio-Cortez, who was a member of the Democratic Socialists of America in 2018 when she picked up her House seat, did not immediately respond to a request for comment on whether she agrees with the DSA chapter’s statement.

When approached for comment on the statement, Gov. Kathy Hochul’s office directed Fox News Digital to a comment the governor made on Wednesday lauding the NYPD’s "incredible" work on capturing James.