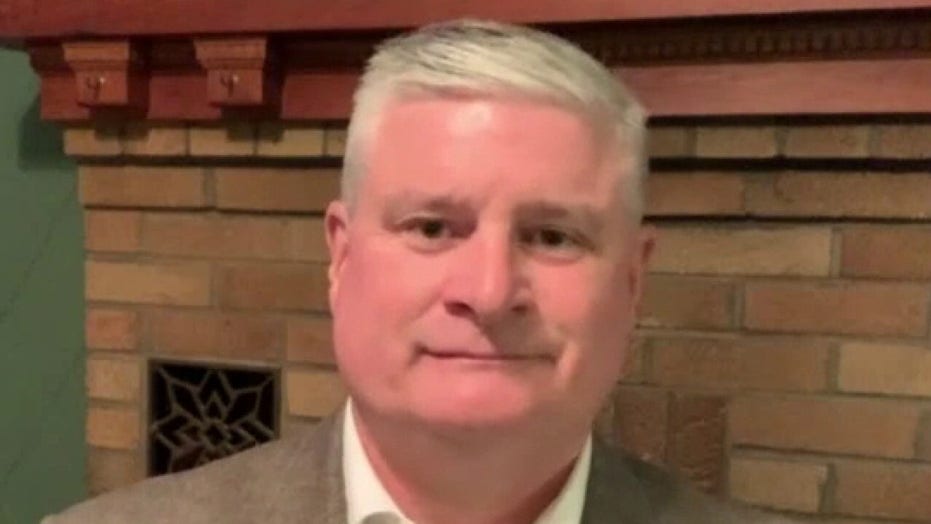 Thomas Mungeer, president of the Police Benevolent Association of the New York State troopers, on the growing challenges facing law enforcement as crime increases across the U.S.

Mayor Bill de Blasio doubled down Friday on his controversial decision not to hire more cops even amid the Big Apple’s surging crime wave and after President Biden provided federal funds for the move.

When asked about The New York Post’s coverage of his decision not to bring on more police officers after receiving $6 billion in federal COVID-19 relief — which President Biden explicitly said could be used for tackling crime issues — the mayor told WNYC radio’s Brian Lehrer, "That’s not the whole reality."

"The money that the president focused was for certain cities that were dealing with much more profound gun-violence problems than New York is," de Blasio claimed during his weekly appearance on Lehrer’s show.

"We have a problem, Brian. I’m not trying to minimize it. We have a lot of work to do to turn around. But a number of other American cities unfortunately are going through much, much worse, and that’s where that money was targeted," de Blasio said.

The mayor had falsely claimed Thursday that Biden was talking about other cities when the president said federal coronavirus funding could be used to pay for more cops.

A White House source had told The Post that de Blasio was "incorrect.

"Cities like New York that are experiencing a spike in gun violence as a result of the pandemic are eligible to use [the] money to hire additional police officers above a pre-pandemic baseline level to help address that," the source said.

City Hall’s data does not include annual rates of shooting increases. Its own figures show that shootings in New York are actually up 64.8 percent — more than any other city listed except for Baltimore, where gun violence has risen 84.2 percent.

Los Angeles, Atlanta, Philadelphia, Chicago and Newark, NJ, all have smaller increases than New York, according to City Hall’s statistics.

New York City’s $98.7 billion city budget for fiscal 2022, adopted Wednesday, added just $200 million to the NYPD’s budget after it was slashed by $1 billion last year, and the new dollars won’t be used for hiring more officers.

Last week, Biden had said that the billions of dollars doled out through his "American Rescue Plan" can be used by cities "experiencing an increase in gun violence … to hire police officers needed for community policing and to pay their overtime."

On Friday, de Blasio said, "Right now we have a police force of 35,000, I think that’s the right number, we need to take those officers and continue to apply a neighborhood policing approach, rebond police and community."

"There were real challenges last year, we have to overcome them with more dialogue, more working together, more reliance on community based solutions to violence, I think we are hitting the right balance point."

He said "new information" will be announced next week related to gun violence and "a lot of pieces are going to start coming together" that he expects will lead to a slowdown in shootings — even as the notoriously blood-drenched summer months wear on.

"Courts are coming back rapidly, thankfully, so I think we’re starting to move clearly in the right direction, and we have the size force we need to do that," de Blasio went on, referring to the pandemic-related courts slowdown that he has long blamed for the skyrocketing gun play.

Gun violence across the five boroughs has spiked more than 40 percent in 2021 — including two broad daylight shootings in Times Square and two kids caught on camera ducking bullets in The Bronx.

Since 2019, shootings have more than doubled by 105.1 percent, the official CompStat figures show.