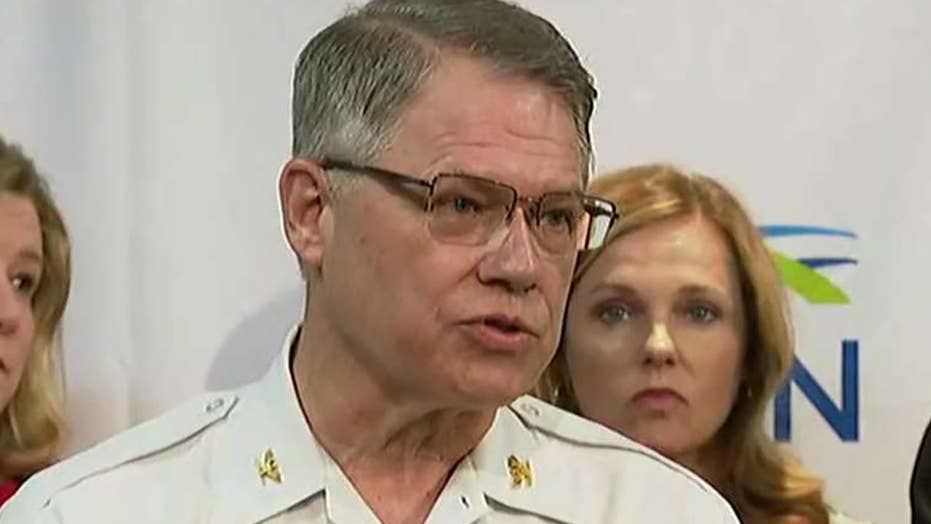 Dayton Police Chief Richard Biehl says that if all of the suspect's magazines were full, he would have had a maximum of 250 rounds in his possession.

The gunman behind the attack in Dayton, Ohio that left nine dead may have had enough ammunition to inflict much more suffering before his rampage was cut short by responding officers, the city's police chief said Monday.

Dayton Police Chief Richard Biehl told reporters at a news conference that 24-year-old Connor Betts, who was armed with a .223-caliber rifle, had a gun that was modified in a way he felt was "fundamentally problematic."

Biehl added that if all of the magazines that Betts had were full  — which has yet to be confirmed as police have not had a chance to examine them fully — he would have had a maximum of 250 rounds, including loose rounds found on the ground near him as well as in a backpack the 24-year-old was carrying at the time. Investigators have so far recovered at least 41 spent shell casings that are believed to have been from Betts.

Connor Betts, 24, is seen outside Ned Peppers Bar before he was shot and killed by six Dayton police officers early Sunday, according to police. (Dayton Police Department)

In addition to the shell casings recovered from Betts' weapon, investigators have collected 48 45-caliber casings, 16 .233 casings and one shotgun shell casing that are believed to have been fired from the weapons of the six police officers who "neutralized" the gunman within 30 seconds after the first of "dozens of rounds."

Shoes are piled outside the scene of a mass shooting including Ned Peppers bar, Sunday, Aug. 4, 2019, in Dayton, Ohio. (AP Photo/John Minchillo)

The police chief said that it's not known if Betts targeted any of his victims in the popular entertainment district early Sunday but found it hard to believe he didn't recognize his sister, 22-year-old Megan Betts, when he opened fire and killed her and eight others.

"It seems to just defy believability he would shoot his own sister, but it's also hard to believe that he didn't recognize it was his sister, so we just don't know," Biehl said.

While the gunman was white and six of the nine killed were black, police said the quickness of the rampage made any discrimination factor in the shooting seem unlikely.

"We are not seeing any indication of race being a motive," he said Monday while disclosing investigators still have "a lot of evidence" to still go through.

The comments by officials on Monday came after releasing surveillance videos that showed authorities racing into action seconds after Betts opened fire at 1:05 a.m. on Sunday in Dayton's bustling Oregon District. The videos showed officers pursuing Betts around the corner of a restaurant and engaging him.

Officers can be seen responding to the shooting in Dayton early Sunday. (Dayton Police Department)

The 24-year-old was eventually shot and killed by six police officers before he was able to enter Ned Peppers Bar.

"Had this individual made it through the doorway of Ned Peppers, there would have been catastrophic injury and loss of life," the chief told reporters Sunday.

Mayor Nan Whaley wants state and federal officials to 'do their jobs,' asks when will nation do something about 'senseless violence.'

Dayton Mayor Nan Whaley told "America's Newsroom" on Monday that five of the six officers had only been on the police force for three years or less. Whaley described the officers to Fox News' Sandra Smith as "really well trained."

"If they had not been there, the shooter would have gotten into an establishment and hundreds would have been dead on Sunday morning instead of nine,” she told Fox News.