Miami-Dade County Mayor Carlos Gimenez speaks out on the need for social distancing.

As tens of millions of Americans are told to stay home and avoid gatherings to help slow the spread of the coronavirus pandemic, some are heading to vacation homes in communities that are telling tourists to just stay away out of fears resources could be overwhelmed in sleepy off-season hamlets.

Sunday morning, the number of COVID-19 cases in the U.S. had reached over 26,747 with at least 340 deaths, with the highest number of coronavirus infections in New York, Washington, and California.

In New Jersey, which has some 1,300 cases and at least 16 deaths, Gov. Phil Murphy urged residents who have homes at the Jersey Shore to not go to them as the coronavirus outbreak continues to spread.

“The local infrastructure, especially the health care infrastructure, and especially in off-season, is not prepared for the influx of part-time residents,” Murphy said Saturday during a press conference. “There’s absolutely no excuse for a party at the beach. Please stay at your primary residences."

Shore communities in the Garden State have expressed concern over the past week that some are making the trek to their homes as many work from home and children are out of school.

Cape May County Freeholder Director Gerald Thornton has asked summer homeowners -- who make up nearly half the property owners in the southern New Jersey county -- to stay away for at least two weeks. Health officials on Wednesday said a 30-year-old man from New York visiting the area was Cape May County's first confirmed case of coronavirus.

“We don't know where these people are coming from or who they've been exposed to,” Thornton told the Associated Press

Matt and Anna Mason play with their son, Oliver, on the beach in Cape May, N.J., Wednesday, March 18, 2020. The Masons live and work in Cape May. (AP Photo/Matt Rourke)

Thornton added that a quarter of the county is age 60 or older, an age group that is particularly vulnerable to the virus.

Up to eight in every 10 coronavirus-related deaths in the U.S. have involved adults ages 65 years and older, the Centers for Disease Control and Prevention (CDC) said last week, with up to 70 percent of patients requiring hospitalization falling into the age range of 85 years and older.

Some people who live in cities or their suburbs have been fleeing to their second homes at the shore to ride out the coronavirus near the beach. But neighbors in many of those towns fear infection and an overwhelming of already-stretched resources. (AP Photo/Matt Rourke)

Further north in the community of Point Pleasant Beach -- known for one of the state's most popular boardwalks -- authorities caution people not to walk on it as spring warmth arrives in the region in the days ahead.

"Some will be tempted to come to the Point Pleasant Beach boardwalk this weekend and over the next few weeks to get out of the house and get some fresh air," Point Pleasant Beach Police Department Chief Joseph Michigan said in a statement. "While fresh air and spending time outside is positive, the narrow boardwalk will force people to be in close proximity to each other, thus negating all attempts to adhere to social distancing."

"I'm asking you to stay home!" he added. 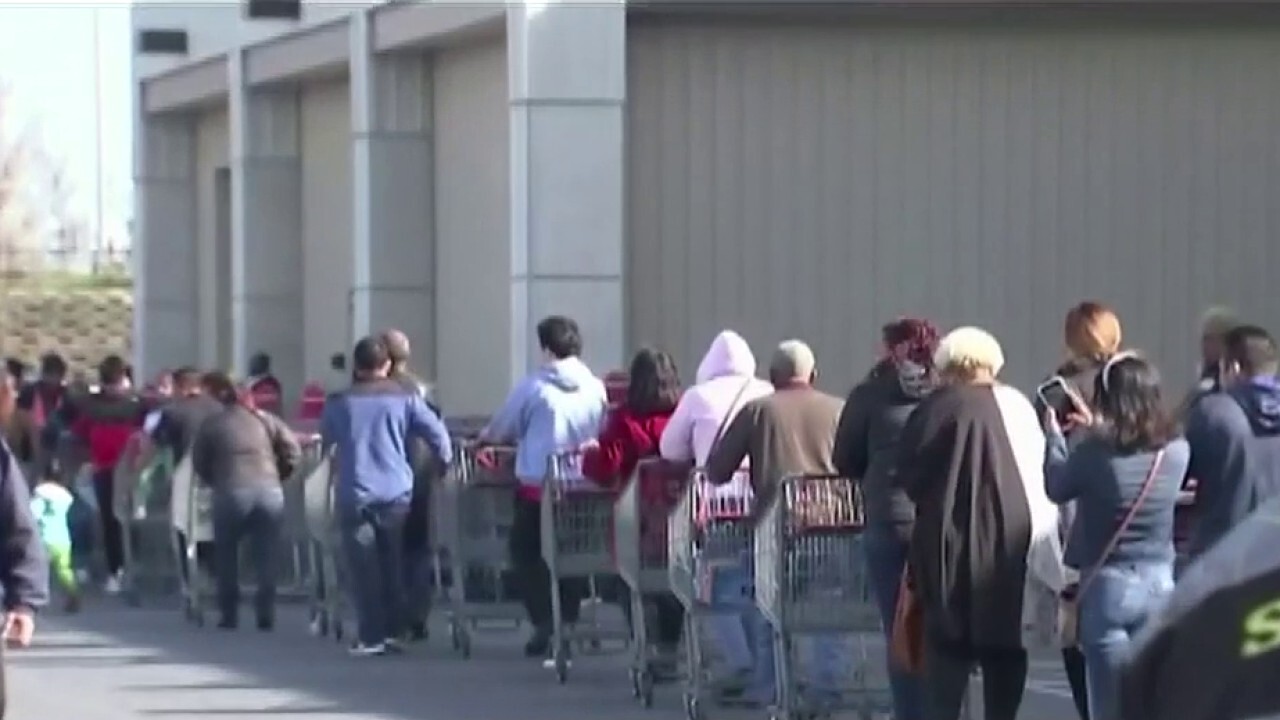 Other coastal towns and vacation destinations are making similar pleas across the nation.

In Oregon, the city of Warrenton on the state's north coast held an emergency meeting Saturday where officials passed a resolution to evict tourists after the area saw a large influx of visitors.

“My message is: tourists, don’t come here. Not right now,” Warrenton Mayor Henry Balensifer said in a video on Facebook. “We’ll welcome you back later, the beach is always going to be here, clams are still in the ocean — they don’t catch COVID-19.”

Balensifer said the city can't handle having "thousands of people flood the city," and that grocery stores were being overrun with tourists in addition to a medical system in the area not able to handle an outbreak of COVID-19.

The resolution passed in Warrenton banned camping and ordered campgrounds to close. The city also prohibited short term rentals, home-stay lodging and told hotels to close except for those with long-term stays, according to FOX12.

On Oregon's central coast, Larry Richardson told FOX12 that large crowds began to arrive in the area on Friday.

Oregon communities have enacted restrictions after visitors swarmed areas on Friday as authorities have promoted social distancing to combat the spread of the coronavirus. (FOX12)

“There are people all over the place,” Richardson told FOX12. “It’s 1 o’clock in the afternoon and here is all these hundreds and hundreds of people acting like they are on a vacation, on a holiday.”

In Maryland, the mayor of the state's most popular beach destination wants vacationers to postpone their trips as the state attempts to combat the spread of the new coronavirus. Ocean City Mayor Rick Meehan said the only way to combat COVID-19 is by taking "drastic measures." Gov. Larry Hogan has reduced the permissible number of people statewide at gatherings from 50 to 10.

Inland locations are also seeing an influx of visitors. 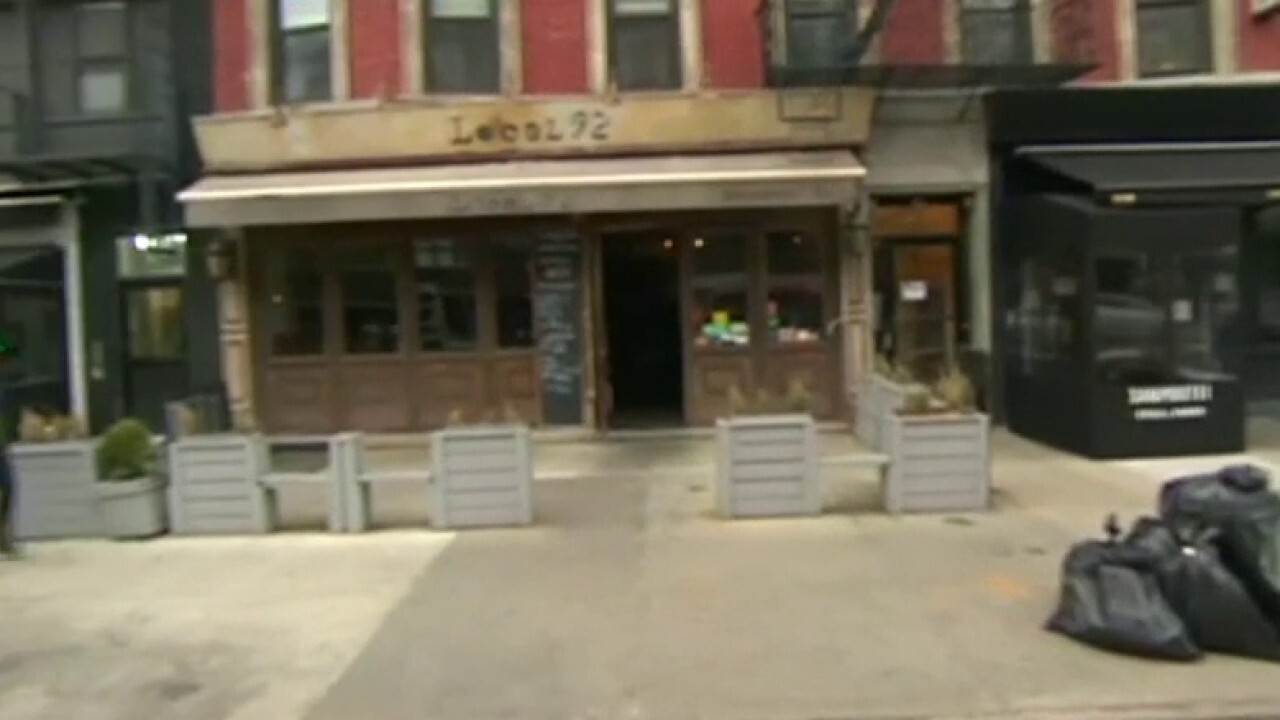 Small businesses feeling the effects of the coronavirus

President of Kaltbaum Capital Management Gary Kaltbaum joins Trace Gallagher to discuss how small businesses are being impacted by the coronavirus.

During the outbreak, business has more than doubled at the Winhall Market near Stratton Mountain Ski Resort in southern Vermont, as residents of New York and Boston pour in. Locals aren’t thrilled, however, as they watch items selling out at the small market and fear that out-of-staters could be bringing the virus with them.

“They’re really hoarding everything,” market owner Lorraine Neuhaus told the AP about the conduct of the out-of-towners. “We’ve put restrictions on everything.”

In Idaho, small towns are also asking people to avoid vacationing in rural areas to prevent the spread of coronavirus and not overwhelm health facilities set up to handle smaller populations.

"To act as a cohesive community and to protect each other, we are respectfully asking that no visitation happen at this time," the town of Cascade said in a news release to CBS2. "It is imperative that our community follow the federal guidelines adopted by the State of Idaho, including avoiding unnecessary travel."

The phenomenon is not unique to America; in the weeks before China instituted a travel ban, some 2 percent of the residents of Wuhan, the epicenter of the virus, fled to the coastal Guangdong province across from Hong Kong, according to the AP.

In the U.K., Scottish officials said people with second homes and campers have been traveling to the Highlands to find isolation in recent days.

"I am furious at the reckless and irresponsible behavior of some people traveling to the Highland and Islands. This has to stop now," rural economy and tourism secretary Fergus Ewing said in a statement to Sky News.

"Let me be crystal clear: people should not be traveling to rural and island communities, full stop," he added. "They are endangering lives. Do not travel."

Fox News' Alexandria Hein and the Associated Press contributed to this report.