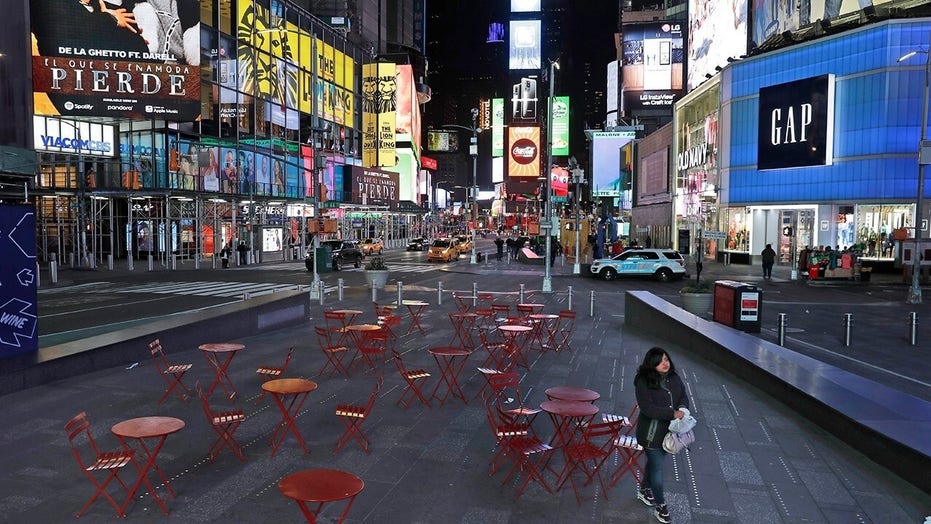 As millions of Americans work from home and avoid going out because of the coronavirus pandemic drags on, public transit systems feeling the pinch across the country are asking the federal government for a bailout that could be in the billions.

Thursday morning, the number of COVID-19 cases in the U.S. had reached over 9,400 with at least 150 deaths, with the highest number of coronavirus infections in New York, Washington, and California.

Government officials have told Americans in an attempt to slow the outbreak to avoid groups of more than 10 people and the elderly to stay home while a pointed reminder was given to millennials to follow the guidelines and avoid social gatherings.

As officials throughout the country have urged people to work from home, ordered restaurants to only offer take-out and delivery options, and closed schools, the nations' public transit agencies have recorded a precipitous drop in ridership.

In New York, the Metropolitan Transportation Authority runs New York City's subway, bus, and two commuter railroads that shuttle riders to the suburbs in Long Island and points north of the city. People following the advice of medical experts to stay home has left the agency in a self-described "financial calamity."

"3.7 million of you chose not to ride with us yesterday because you want to #flattenthecurve," the agency said. "We miss you, but for now, we’ll say: thank you for not riding with us. You’re keeping NYC safer."

The Metropolitan Transportation Authority says it is facing a "financial calamity" as ridership on subways and commuter rail lines has nose-dived as people stay home to avoid coronavirus. (AP Photo/Mary Altaffer)

Riders staying home have caused revenue to also take a nosedive. The MTA said that it's kept service levels running to provide "essential services," but that the full impact from the COVID-19 will be in the ballpark of over $4 billion by the end of 2020, which doesn't even account for "the expected collapse of the more than $6 billion in state and local taxes dedicated to the MTA."

MTA Chairman and CEO Patrick J. Foye on Wednesday said the agency is drawing down $1 billion on its existing line of credit as it works to service in an essential role to help make sure to move "medical professionals, first responders, transportation workers, child care workers, and essential personnel on the frontlines protecting New York."

A commuter sits in an otherwise empty car as he waits for the 7:58 p.m. train to Hudson to leave Grand Central Terminal, Tuesday, March 17, 2020, in New York. (AP Photo/Mary Altaffer)

But Foye said the emergency funds are not enough, as the agency counters a "fiscal cliff."

"Let's be clear: These funds, while important in providing liquidity, are not a comprehensive or permanent solution," Foye said in a statement. "This a national disaster that requires a national response and we are urgently requesting the federal government provide more than $4 billion in federal funding to ensure the financial health of the MTA. We cannot afford to wait."

At a news conference on Thursday, New York Gov. Andrew Cuomo said that the agency has "lost tremendous revenues" and that as a nation, "we're all going to have to figure out how as a nation to deal with this.

In the nation's capital, Washington Metropolitan Area Transit Authority General Manager Paul J. Wiedefeld said in a letter on Wednesday to 12 members of the Senate and House who represent the District of Columbia, Maryland, and Virginia that Metro has lost about 85 percent of its ridership as it decreased service in the past week.

Wiedefeld said the agency has purchased "critical items" and "personal protective equipment" while expanding the use of disinfectants for increased cleaning of Metro vehicles and equipment, which has totaled $17 million over the past several months.

The resulting drop in ridership and revenue with other increased costs have left the agency with a budget deficit of at least $52 million a month, he wrote.

“Federal assistance is critical to help us offset the direct costs and revenue losses we are facing,” Wiedefeld said. “We need support for transit operations, but traditional transit formulas are not designed to address our unique circumstances. We need immediate operating funding to address this unprecedented loss of $52 million a month."

WHAT DOES THE SHELTER IN PLACE ORDER IN THE CALIFORNIA BAY AREA MEAN?

In the San Francisco Bay Area, where officials have ordered a shelter-in-place for millions, Bay Area Rapid Transit, or BART, has reported some 85 percent fewer riders than on an average weekday. 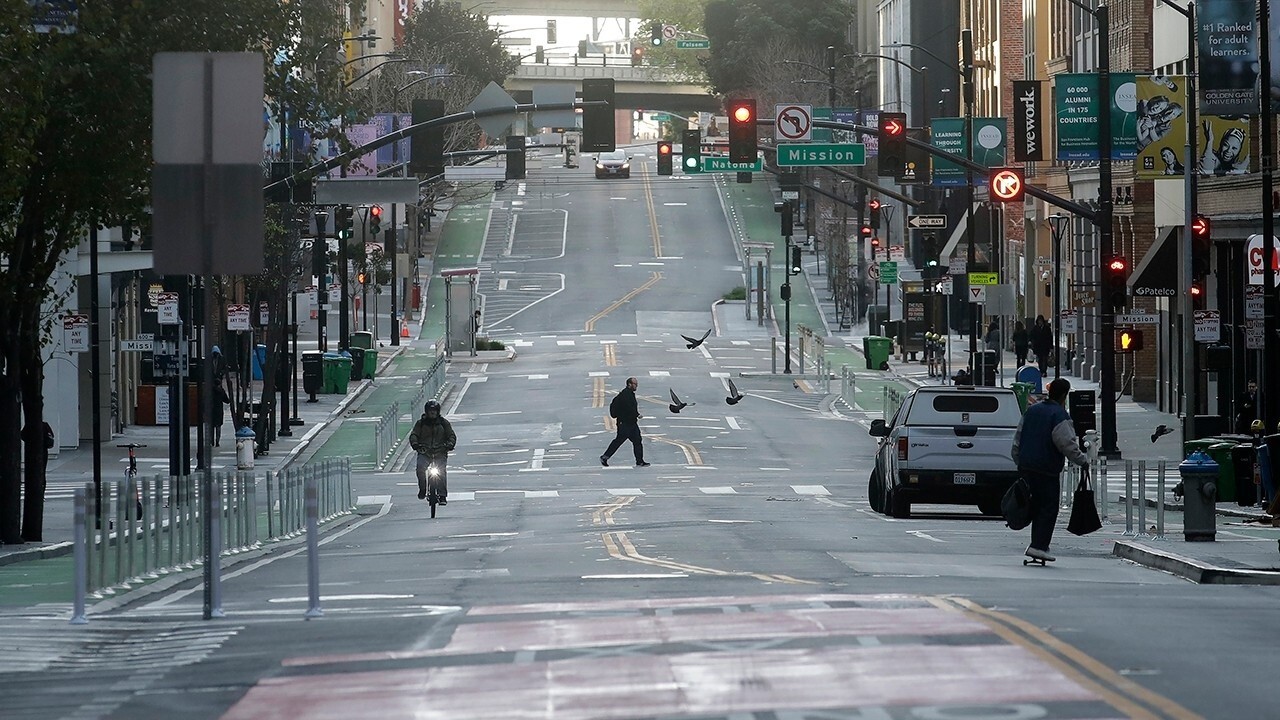 What does a major city like San Francisco look like under lockdown? California RNC committeewoman Harmeet Dhillon weighs in.

Combined losses from fares and parking revenue will cost BART some $37 million a month, the San Francisco Chronicle reported.

"Until further notice, fare enforcement inspectors will not ask for proof of payment on board Link light rail or Sounder trains," the agency said.

Riders, however, are still expected to pay the required fare before boarding, according to the Seattle Post-Intelligencer.

Groups such as the American Public Transportation Association, which represent a large number of public transit systems, are now calling for Congress to give public agencies and passenger railroads some $12.9 billion to offset costs and revenue during the outbreak.

"Public transportation organizations are taking extraordinary efforts to protect the health and safety of riders and employees while working tirelessly to maintain essential services,"  APTA officials said Tuesday in a legislative alert to member agencies.

A traveler talks with a security officer at Washington Union Station, a major transportation hub in the nation's capital, Monday, March 16, 2020. The train station was nearly empty during morning rush hour as many government and private sector workers stay home during the coronavirus outbreak. (AP Photo/J. Scott Applewhite)

The number requested by the group includes some $1.75 billion in direct costs, $6 billion to cover lost farebox revenue, $4.9 billion in dedicated sales tax revenue loss anticipated over the next six months and $250 million in restart costs.

"These funds are necessary to maintain essential services, including providing public transportation to health care workers, Medicaid recipients who receive non-emergency medical transportation, and law enforcement personnel," the group said. "Without these emergency funds, public transit agencies may be required to suspend services."