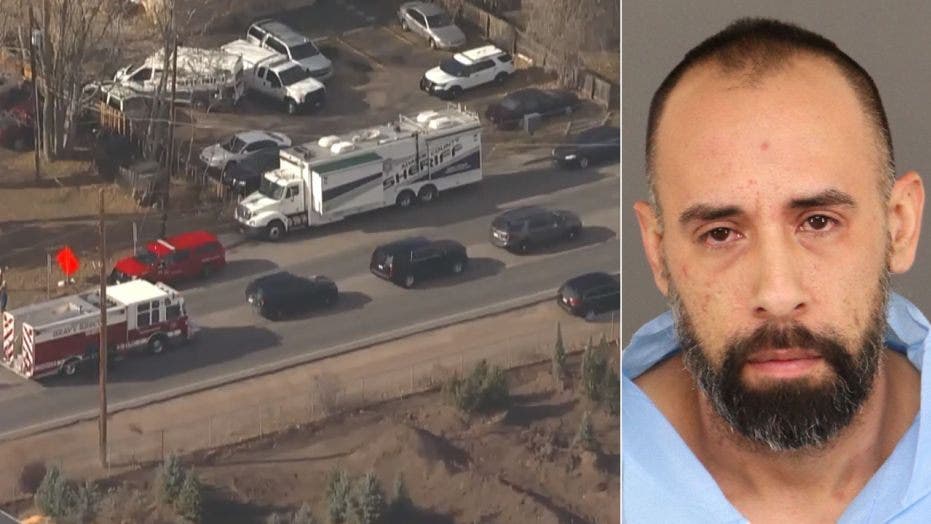 The daughter of Russell Montoya, the man accused of killing an old friend and encasing his body in concrete at his Colorado home, says she knew something was off and contacted police about her dad, according to an arrest affidavit.

Police say Russell Montoya, 38, confessed to shooting his friend, 38-year-old Shane Nelson, during an argument on Nov. 8. Nelson's body was found “encased” in concrete in the basement of an Adams County apartment and Montoya was arrested for first-degree murder and evidence tampering.

Montoya's daughter told investigators her father and Nelson were friends for 25 years, KCNC-TV reported, citing court documents. She said the night Nelson was killed, he visited their home on York Street.

She left the home for the night, but returned the next morning to find Montoya reportedly "sweaty and acting very nervous." She headed downstairs to the basement, where her room is located, and was met with a "horrible" smell.

The daughter claimed she smelled bleach, vomit, burnt hair and a strong chemical odor and spotted a reddish-brown stain on the steps leading toward the basement. According to his daughter, Montoya told her there had been a fight in their home and someone threw up on the stairs.

On Nov. 13, the daughter said she noticed a missing persons report for Nelson and asked Montoya about it — to which he told her he shared the post on social media and hoped his friend was doing OK.

His daughter claimed she noticed freshly poured concrete in the laundry room, and confronted her dad about it. Montoya supposedly admitted to his daughter that he and Nelson got into a fight, and that Nelson reached for a gun Montoya had in his waistband, the news outlet reported.

Montoya then allegedly confessed to shooting Nelson in the kitchen and spent 12 hours with his wife cleaning up their home before he buried Nelson in the concrete. His daughter claims he then told her that if she called the police, he wouldn't go to prison and would "shoot it out" with police officers. She eventually decided to contact police.

Neighbors said there was a lot of activity at the apartment, but they never suspected anything as grisly as what authorities described.

"You literally don't know what`s going on at your neighbor's home," Anneshia Lucero told KDVR. "It's an evil world these days and it's really sad."

Montoya was booked on Nov. 15 at the Adams County Detention Facility and remained in custody as of Thursday, according to online jail records.