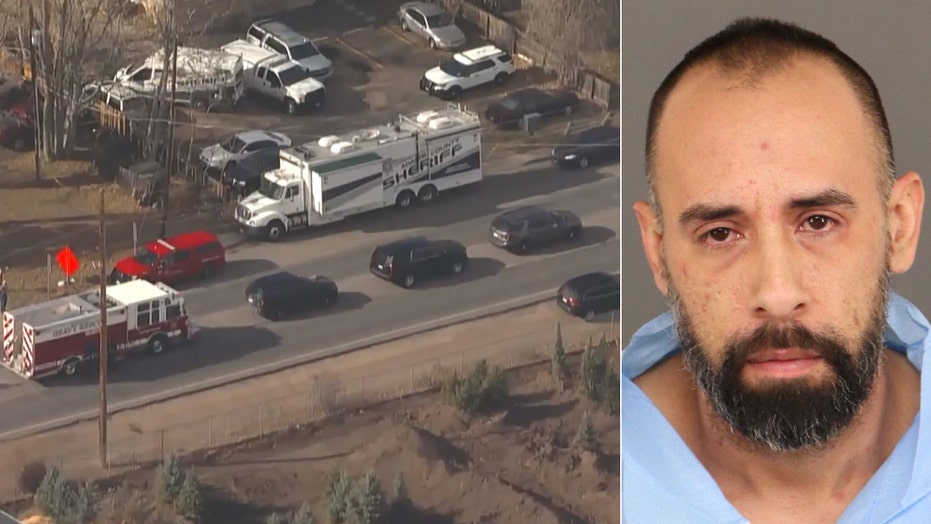 Authorities in Colorado investigating a possible killing at an apartment in a Denver neighborhood made a grisly discovery on Friday when they located the body of an adult male encased in concrete in the basement, according to officials.

The Adams County Sheriff's Office said in a news release that detectives had obtained a search warrant for an apartment on York Street in unincorporated Adams County after receiving information from the Arvada Police Department regarding a possible shooting that took place at the location on Nov. 8.

A SWAT team served the search warrant at the apartment on Thursday afternoon and arrested 38-year-old Russell Montoya Jr. inside.

"A search of the residence and multiple interviews have confirmed that a shooting and homicide occurred inside the apartment," the sheriff's office said.

As members of the Adams County Sheriff’s Office Crime Scene and Laboratory Team were processing the crime scene inside the apartment, investigators located the body of an adult male victim “encased” in concrete in the basement of the apartment, officials said on Friday.

The body of an adult male was found "encased" in concrete in the basement of a Colorado apartment on Friday. (KDVR)

"ACSO personnel will work in conjunction with members of the Coroner’s Office to remove the decedent from residence," the sheriff's office said. People in Hazmat suits could be seen removing a "very large" body bag from the apartment on Friday, according to KDVR.

Neighbors said there was a lot of activity at the apartment, but they never suspected anything as grisly as what authorities described.

"You literally don`t know what`s going on at your neighbor's home," Anneshia Lucero told FOX31. "It`s an evil world these days and it's really sad."

The victim, who has not been identified by police, is an adult male from the Denver metro area.

Russell Montoya Jr., 38, was charged with first-degree murder and tampering with physical evidence, according to the sheriff's office. (Adams County Sheriff’s Office)

Montoya has been charged with first-degree murder and tampering with physical evidence and is currently being held at the Adams County Detention Facility.

The sheriff's office says the investigation is continuing and the 38-year-old could face additional charges.

"We are receiving many calls from media on the homicide. We are being very careful on how we are releasing information," the sheriff's office tweeted. "This case is unique and we have a tremendous responsibility to maintain case integrity. Please be patient with us. Thank you for understanding."