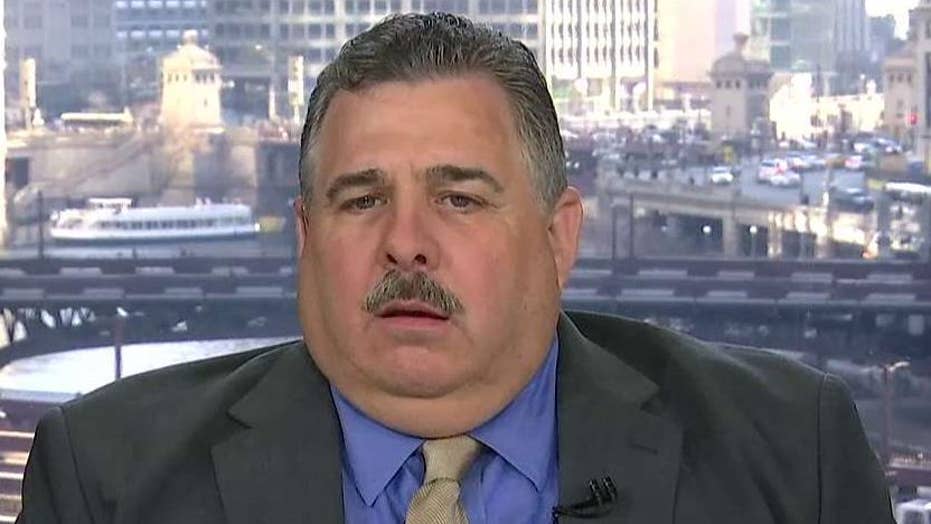 The president of the Chicago Fraternal Order of Police is “baffled” after Tuesday’s announcement that all charges were dropped against “Empire” actor Jussie Smollett, and is asking federal authorities to look into the situation.

“We are interested in having the federal authorities look into what occurred here because we're baffled by what has happened,” Kevin Graham told “America’s Newsroom."

"We also think that it's a little strange that she never that no one ever told the police department, the F.O.P, the mayor's office that they were going to dismiss the charges in this case.”

On Tuesday, the Cook County State's Attorney dropped 16 felony counts against Smollett that stemmed from him allegedly filing a false police report about a hate attack he claimed to have suffered in January.

Chicago Mayor Rahm Emmanuel and the Chicago Police Department were also stunned and outraged by the dramatic change of course.

Graham believes there will be accountability and hopes the federal government brings charges against Smollett.

“John Lynch, who is the U.S. attorney for the Northern District of Illinois, is known to be the law and order attorney. I actually believe he will look into this,” Graham told co-host Sandra Smith.

“And you have to remember that Mr.Smollett claimed that there was a letter, a threatening letter sent to him. And so that is under the jurisdiction of the federal government.  And so certainly charges could be brought by federal authorities in this matter and we are hoping that that occurs.”

Graham added, “We also think that it's unprecedented to seal the case so that nobody can find out what occurred. We certainly are shocked by it.”