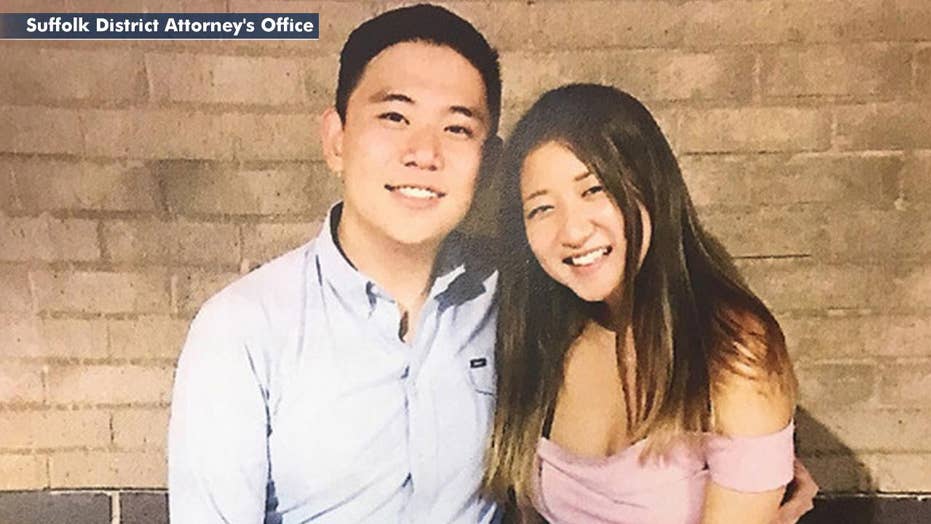 An ex-Boston College student has been charged with involuntary manslaughter after allegedly urging her boyfriend in text messages to kill himself before he committed suicide; Molly Line reports on the charges.

A former Boston College student who prosecutors said encouraged her boyfriend to kill himself says text messages she sent to him in his final moments prove otherwise.

Inyoung You, a 21-year-old South Korea native who studied at the Massachusetts school, was indicted in October on a charge of involuntary manslaughter in the death of fellow student, Alexander Urtula. The two dated for 18 months before Urtula jumped to his death from the top of a parking garage on May 20, the day of his college graduation.

FLASHBACK: EX-BOSTON COLLEGE STUDENT ACCUSED OF URGING BOYFRIEND IN TEXTS TO 'GO KILL HIMSELF' BEFORE SUICIDE IS CHARGED

Suffolk District Attorney Rachael Rollins said You was “physically, verbally and psychologically abusive” to Urtula, of New Jersey, and sent him more than 47,000 texts in the final two months of their relationship that allegedly included “go kill yourself” and “go die."

Inyoung You was indicted on a charge of involuntary manslaughter last month in the suicide death of her boyfriend, Alexander Urtula. (Suffolk County District Attorney's Office )

But You, who withdrew from Boston College in August and has been living in Asia, disputed the narrative — and provided The Boston Globe with copies of texts she says she sent to Urtula just before he committed suicide.

When she realized what Urtula was trying to do, she reportedly pleaded with him to “stop” and “don’t do this.”

Urtula apparently turned off the GPS tracking on his phone, which led You to text him: “Where the [expletive] are you,” and “Who’d you run into or talk to? Whose room did u go to? Hello.”

“I’m not talking to anyone. I won’t ever again. I’m happy I got to spend my last night with you. I love you inyoung until my last breath," Urtula apparently wrote to You.

“Then WHERE ARE YOU,” she replied, before telling him: “I ASKED U WHY UR LOCATION WASN’T AVAILABLE. ... ARE U KIDDING ME.”

“I’m not gonna be anywhere inyoung this is goodbye forever. I love you. This isn’t your fault it’s mine," Urtula allegedly messaged her. “I’m far away on a tall place and I’m not gonna be here for long. ... I’m leaving everyone.”

At some point, Urtula turned his GPS tracking back on and You found his location. She says she texted Urtula's brother — who was in Boston for the graduation — to let him know where he was, and they both headed to the parking garage.

You continued to text Urtula as she took an Uber, begging him to answer her, writing, “PLEASE IM ALMOST THERE PLEASE. where are u please please please.”

But when Urtula saw You at the parking garage, he jumped, sources close to You's family told the Globe.

In October, when the district attorney's office announced the indictment, Rollin claimed many of the texts You and Urtula exchanged "display the power dynamic of the relationship, wherein Ms. You made demands and threats with the understanding that she had complete and total control over Mr. Urtula both mentally and emotionally." 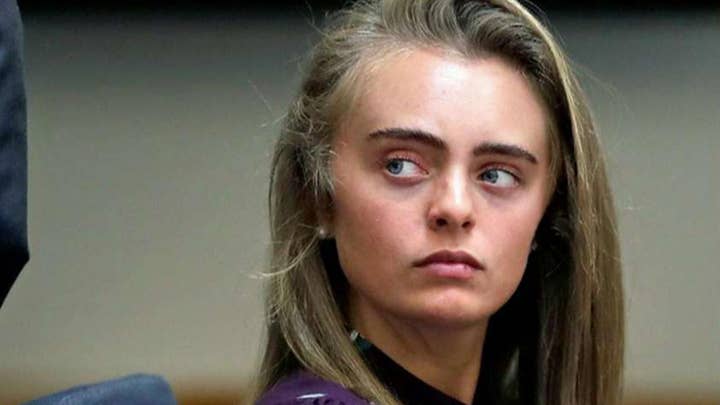 You isolated Urtula from friends and family and was aware of the depression and suicidal thoughts brought on by her abuse, the district attorney said.

The case bore similarities to the case of Michelle Carter, a Massachusetts woman who was convicted of involuntary manslaughter in 2017 after her boyfriend, Conrad Roy, died years earlier after she used text messages and phone calls to encourage him to kill himself.

Rollins acknowledged You and Carter's cases were similar, but alleged the complete control You had over Urtula was different than Carter and Roy.

Carter’s lawyers maintained her texts were constitutionally protected free speech. Her conviction was upheld by the Massachusetts Supreme Judicial Court, but has been appealed to the U.S. Supreme Court, which hasn’t yet decided whether it will take up the case.

[Editor's note: This story discusses suicide. If you or someone you know is having thoughts of suicide, please contact the National Suicide Prevention Lifeline at 1-800-273-TALK (8255).