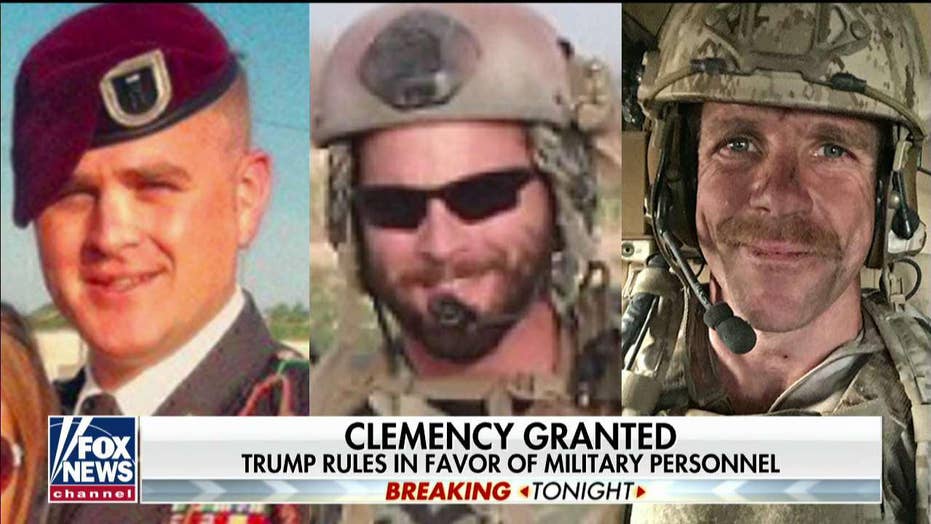 Army 1st Lt. Clint Lorance, one of two U.S. Army officers granted clemency Friday by President Trump, was released from prison in Kansas on Friday night and reunited with family members, according to his lawyer.

A photo of a smiling Lorance with relatives was sent to Fox News by Don Brown, an attorney who has represented the officer.

Lorance’s release from the U.S. Penitentiary in Leavenworth came six years he was convicted of second-degree murder.

The officer, a 34-year-old native of Oklahoma, was six years into serving a 19-year sentence at Fort Leavenworth for ordering his soldiers to open fire and kill three men in Afghanistan. Lorence’s supporters say he killed Taliban fighters. Nine members of his unit testified against him, saying the men were innocent.

“Earlier this year, I requested a closer look into the serious irregularities in Army Lieutenant Clint Lorance’s case,” Waltz wrote. “Glad to see this news. Thank you, @realDonaldTrump!”

Also on Friday, President Trump granted clemency to Maj. Matt Golsteyn, a former Green Beret, who will have a murder charge against him dropped.

Golsteyn was charged with premeditated murder in the 2010 death of a suspected Taliban bomb maker. His trial was expected to begin next month.

The president also restored Navy SEAL Eddie Gallagher to the rank of chief petty officer after he was docked a pay grade following his conviction for posing with a dead Islamic State (ISIS) fighter.

Gallagher, a 15-year SEAL whose case garnered national attention, was found not guilty of murdering an ISIS fighter in Iraq in 2017 but was convicted in July of the lesser charge of posing for the photo.