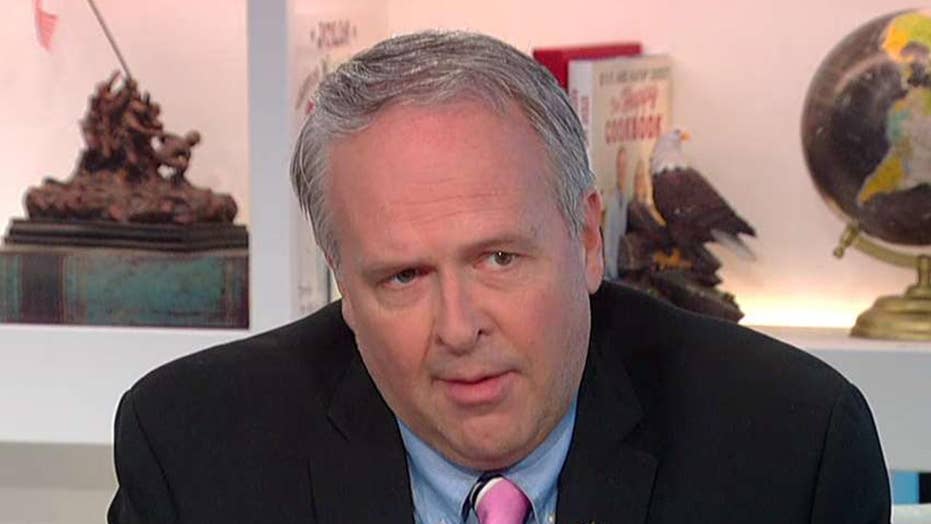 Member of the Lorance legal team: We need President Trump to take action

Just after midnight in the early hours of April 25, something told me to check my phone. I almost ignored my instincts. I’m glad I didn’t.

Buried deep in my in-box, a Gold Star mom had reached out to me. Phyllis Sisson lost her son in Afghanistan on June 3, 2013. A savage Taliban suicide bomber riding a motorcycle rushed her son’s position and then blew himself up.

The blast killed two American soldiers, an Afghan policeman, and nine Afghan children. The barbarous Taliban have no problem killing children as they carry out their mission to kill Americans.

I wrote about Mrs. Sisson’s son – Army 2nd Lt. Justin Sisson – in my book, “Travesty of Justice: The Shocking Prosecution of Lieutenant Clint Lorance.” But I didn’t use Justin’s name. Instead, I referenced his death to underscore a point about suicide-by-motorcycle as a Taliban tactic to kill American troops.

Mrs. Sisson reminded me of her son’s name and sent me his picture. God bless her. I cannot do justice to her words, so I share them now:

“Sir, I had a friend send me an excerpt from your book. It referenced an attack on June 3, 2013. One of the soldiers killed that day was my son 2LT Justin Sisson, 1-506th, 4BCT 1st PL A Co. I have followed LT Lorance’s case. I strongly feel that the Obama Administration’s policies contributed to my son’s death.”

Charging our military members with murder in cases where they are simply acting in self-defense is dangerous.

Justin Lee Sisson, an Eagle Scout and honors graduate of Florida State University, arrived in Afghanistan in April 2013. By June, he was gone, killed by a motorcycle bomber at age 23.

The Taliban used motorcycles as weapons in fast-moving suicide bomb attacks against Americans. But President Barack Obama’s rules of engagement – requiring soldiers to play battlefield lawyer, complete with mandated on-the-spot legal analysis before deciding to fire – made it impossible for soldiers like Justin Sisson to defend themselves.

Obama’s rules of engagement prioritized the lives of the enemy above the lives of Americans. While our soldiers engaged in battlefield lawyering, the Taliban were blowing them up.

On April 4, 2012, at high noon, in Faryab Province in Afghanistan, a motorcycle-riding suicide bomber killed three Ohio National Guardsmen near a downtown park. Within minutes, the Taliban splashed the bloody scene of dead Americans all over the Internet.

On the morning of June 6, 2012, motorcycle bombers struck at the gates of the massive, American-controlled Kandahar Airfield, unleashing rivers of blood and flinging body parts everywhere in mounds of carnage. Twenty-two people died under the scorching, midmorning sun.

Lorance’s conviction and imprisonment are a grave injustice. We already ask our brave military members to risk their lives in defense of our country, and they proudly step forward to do their duty. We should not ask them to refrain from defending themselves and possibly lose their lives as a result.

Motorcycles are the Taliban’s weapon of choice. Facing this weapon head on, Army 1st Lt. Clint Lorance tried to save American lives.

On the morning of July 2, 2012 – 11 months before Justin Sisson died – Lorance led his platoon on a combat patrol in Kandahar Province in Afghanistan in a hotly contested battle zone. Intercepted intelligence that very morning predicted a pending Taliban ambush on Lorance’s platoon. The platoon had taken fire for 30 consecutive days.

Ten minutes into the mission, about 7:10 a.m., with temperatures approaching 100 degrees, three military-age Afghan men on a motorcycle sped toward the front of Lorance’s platoon, down a road controlled by the Taliban, ignoring signs to keep off the road.

The Taliban had ambushed Lorance’s patrol by sniper fire from this road the day before. The predicted ambush was on, or so it seemed.

With only seconds to act, facing an instantaneous life-or-death decision, Lorance ordered his men to fire on the motorcycle and they did, killing two of the motorcycle riders.

Afghan locals rushed out and grabbed the motorcycle. The Army never recovered it nor examined it for explosives. With no weapons found on the bodies of the two Afghan riders, the Army – seeking to prop up Obama's rules of engagement – prosecuted Lorance on a charge of murder.

The prosecution hid evidence that the motorcyclists were Taliban bomb makers, then ordered Lorance’s men to testify against him or face murder charges themselves.

When the Army charged Lorance with murder, the message rang out loud and clear, to Justin Sisson and others: Defend yourselves in battle and you may be prosecuted for murder.

Under Obama’s rules of engagement, Sisson couldn’t defend himself. As a result, he’s dead, killed by a motorcycle bomb blast.

On Aug. 3, 2013, two months after Sisson’s death, the Army sentenced Lorance to 20 years imprisonment at Fort Leavenworth in Kansas for his conviction on one count of murder and two counts of attempted murder.

But in truth, Lorance’s only crime was protecting his men against an apparent suicide-by-motorcycle attack.

The alternative would have been to wait to see if the motorcycle riders blew themselves up – an action that could have killed several American soldiers, possibly including Lorance.

Lorance’s conviction and imprisonment are a grave injustice. We already ask our brave military members to risk their lives in defense of our country, and they proudly step forward to do their duty. We should not ask them to refrain from defending themselves and possibly lose their lives as a result.

I served in the Navy for five years as lawyer and am now on Lorance’s legal team, working to overturn his unjust conviction on appeal. My book “Travesty” focuses on the travesty of justice that occurred when he was charged, convicted and imprisoned.

What’s really needed now to right a terrible wrong against Clint Lorance is intervention by President Trump, commander in chief of our armed forces. He needs to send a message loud and clear to all the men and women in the U.S. military stating that he has their backs on the battlefield.

Lorance is not the only member of our military charged with murder for killing the enemy in war. Navy SEAL Eddie Gallagher and Army Green Beret Matt Golsteyn are others.

Charging our military members with murder in cases where they are simply acting in self-defense is dangerous.

And second, murder charges like those filed against Lorance make service members hesitant to defend themselves when attacked. The inevitable outcome of this will be more dead Americans, like 2nd Lt. Sisson.

If I could speak directly to President Trump for a few minutes I would tell him this: Mr. President, please! Send a powerful message to our troops with one swoop of your mighty pen.

President Trump, please sign an order prepared by the Lorance defense team. This order would release Lorance from prison, restore him to active duty, and restore his back pay for the shameful six years of imprisonment he has endured for trying to save American lives.

Now is the time to act, Mr. President. Not tomorrow. Now. Tell the troops you have their backs. Tell them you appreciate their patriotism and service not just with your words, but with action. Free Clint Lorance.