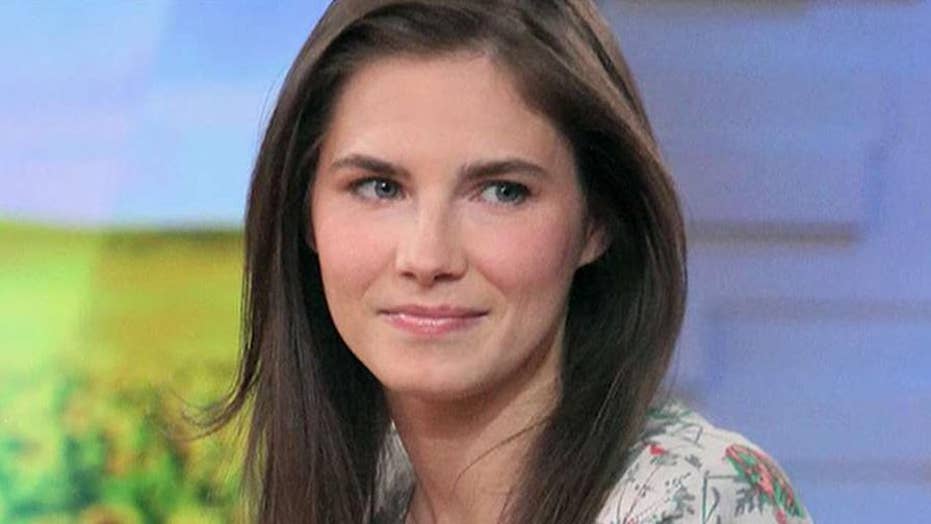 Europe's human rights court orders Italy to pay Amanda Knox financial damages after police failed to provide her legal assistance and a translator during the investigation into her roommate's murder.

During a murder mystery party with friends, Amanda Knox sarcastically commented on the infamous 2007 Meredith Kercher murder trial — revealing that she, once again, was falsely portrayed as a killer.

In the game, the 31-year-old Washington state native was assigned the role of "Countess of Lovelace," a Victorian-era woman accused of poisoning and fatally stabbing the owner of an art gallery. Knox couldn't help but draw parallels to the fictitious story and her own reality.

"Victorian London: A priceless painting goes missing and the owner is found both poisoned and stabbed. And would you believe it, I, the Countess of Lovelace, am accused," Knox explained in an Instagram post on Sunday.

"Also acquitted, all in 4 hours. Better than 4 years," she then quipped, sharing two distressed antique photographs from the event. In the pictures, Knox is stone-faced and sitting on a couch with her arms politely crossed on her lap. Her friends, also expressionless, are next to her.

While some applauded Knox's "priceless" and "creative" joke, others slammed it as distasteful.

"You have no shame," one Instagram user wrote, in part.

"Anything for attention," a user echoed.

AMANDA KNOX IS ENGAGED TO BOYFRIEND AFTER ELABORATE SPACE-THEMED PROPOSAL

One woman, on the other hand, exclaimed she was "living for this caption." And another praised the "shade" and voiced her "love" for Knox.

Knox's conviction in the death of her British roommate while living abroad in Italy was overturned on appeal in October 2011. She returned to the U.S. after the 2011 ruling that freed her but was sentenced in absentia to prison again in 2014 — until Italy’s highest court overturned that decision in March 2015, ending the possibility of future trials. 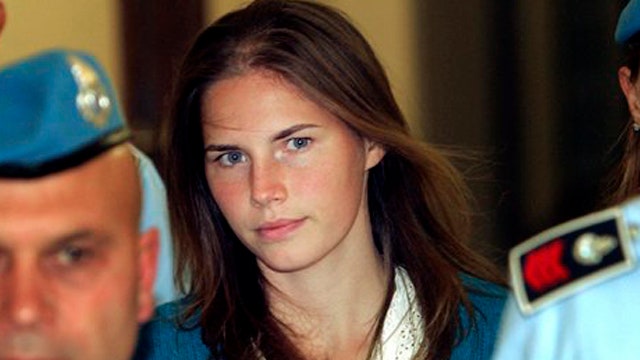 In late January, the European Human Rights Court ordered the country to pay Knox $20,000 in damages for not providing the American proper legal aid and a translator during her lengthy questioning.

"Ms. Knox had been particularly vulnerable, being a foreign young woman, 20 at the time, not having been in Italy for very long and not being fluent in Italian," the court noted.

After the ruling, Knox's defense attorney, Carlo Dalla Vedova, argued it was "probably the biggest legal mistake" Italy has seen in years.

"It is impossible to compensate Amanda for four years in prison for a mistake. There will be no amount. We are not looking for compensation of damages. We are doing this on principle," Dalla Vedova said, adding it was one of the most highly publicized murder trials in the world's history.

After her acquittal, Knox began working as a freelance journalist and worked closely with the Innocence Project, a non-profit legal aid organization that helps exonerate wrongly convicted inmates. Knox says working closely with the group has "changed [her] life."

"This group was built by [lawyers], scientists and intellectuals who are trying to prove facts and understand how things get blown out of proportion. They are emotionally and intellectually there for me. They understand that we already had to pay for our lives with the things we didn’t do," Knox told Rolling Stone in 2017, later adding that it was "crazy" she had to prove her innocence "in the first place."

An Ivorian immigrant, Rudy Guede, is currently serving a 16-year sentence for the murder.