The U.S. Marshal Service has released several new images showing the appearances and possible physical alterations that prison escapee Casey Cole White and fugitive corrections officer Vicky White could have made, as the manhunt for the pair surpasses a week.

Casey Cole White, 38, and Vicky White, 56, who are not related but were allegedly in a "special relationship," disappeared from Alabama’s Lauderdale County Detention Center on Friday morning. At the time, Vicky White, a high-ranking jail guard, left alone with Casey, telling co-workers she was transporting him for an evaluation at the county courthouse, officials have said. She said she would then go to see her doctor, Lauderdale County Sheriff Rick Singleton said.

In the week since the pair fled, the U.S. Marshal Service (USMS) has joined the case and, with that, has gradually released a new stream of information and photographs.

He stands significantly taller than Vicky White, who is 5-foot-5 inches tall and approximately 145 pounds. She has brown eyes and is said to walk with a "waddling gait."

Marshal Service images also depict the differences in size between the pair while standing next to each other, or while standing near the vehicle authorities believe the pair might have fled in – an orange- or copper-colored 2007 Ford Edge SUV. 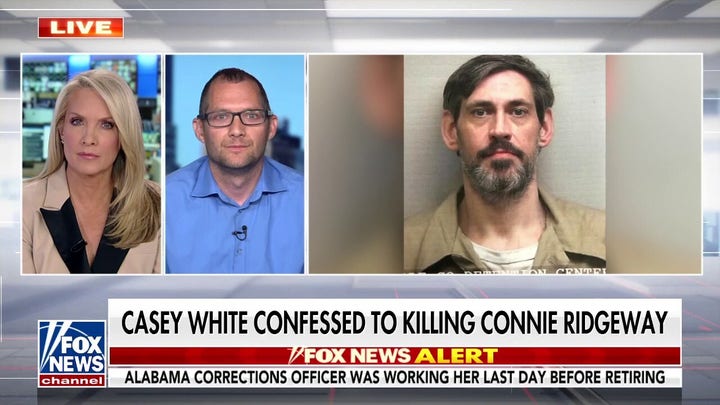 "I think from the sale of the house, she possibly had access to some cash," Lauderdale County Sheriff Rick Singleton previously said. "The retirement papers were never sent into the state retirement system. She had to have a conference with the personnel director before that could happen."

She also had previously purchased the Ford Edge SUV that investigators believe the pair may be driving. While the license plate number was not specified, authorities said they believe the vehicle has minor damage to the rear left bumper.

The U.S. Marshal Service is offering a reward of up to $10,000 for information that leads them to the fugitives. Anyone with information on their whereabouts is asked to call the U.S. Marshals at 1-800-336-0102.