From stinky feet to fighting over the arm rest, flying in close quarters with dozens of bodies isn't always fun.

But the recent case of a flier's mis-placement of her pontytaill puts a new spin on the old problem of flying economy class.

Congrats to the ponytailed young woman in seat 22B. You've invented a whole new way to be awful at 35,000 feet. pic.twitter.com/VWTPMI5JrM

Boston Globe columnist Dante Ramos tweeted about his hairy experience when his partner had stray hair flipped over the seat which blocked the screen. 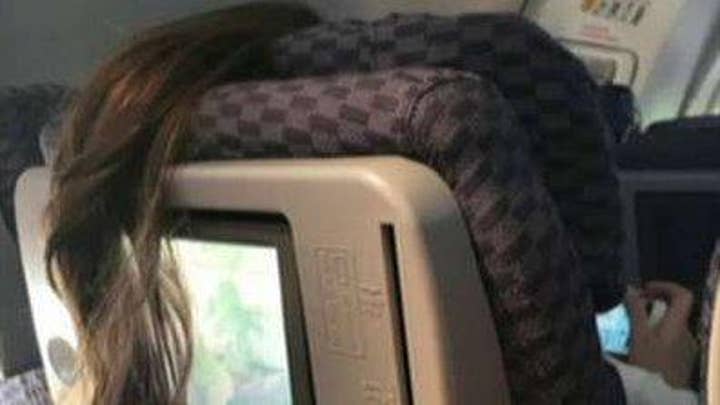 .@danteramos @NeilHamburger Too bad you're not allowed to take scissors on planes anymore.

Ramos, who was flying from Houston to Boston, told metro.co.uk he was initially confused by what was happening.

“At first I thought, “What is that?” It took us a few moments to figure out that it was another passenger’s hair."

Ramos said the woman, who was playing a game on her phone at the time, appeared oblivious to the hairy problem when his partner stood up to intervene.

“Her first language did not appear to be English, and she may have thought he was complaining that she’d reclined her seat,” Ramos said. “Without really looking up from her device, she brought her seat back forward, and the ponytail disappeared.”

So was the line crossed? Or in an age of social media and omnipresent gadgets, have people become too sensitive?

Disgruntled fliers and flight attendants have long been taken their frustration of fellow passengers to social media with hashtags like #passengershaming to highlight annoying habits at 35,000ft. --from discarded toenail clippings or dirty diapers to passengers in various states of undress.

But it's done little to stem the on-board confrontations that seem to be growing in numbers.

Etiquette teaches us to deal with the problem politely and with patience --face to face.  If you won't or can't do that, you'll have to involve the cabin crew.  And these days, that could mean delays or, worse yet, getting kicked off the plane.

Stressed passengers are quick to judge using the power of social media. At least Ramos confronted the offender instead of just posting Tweets about her actions.