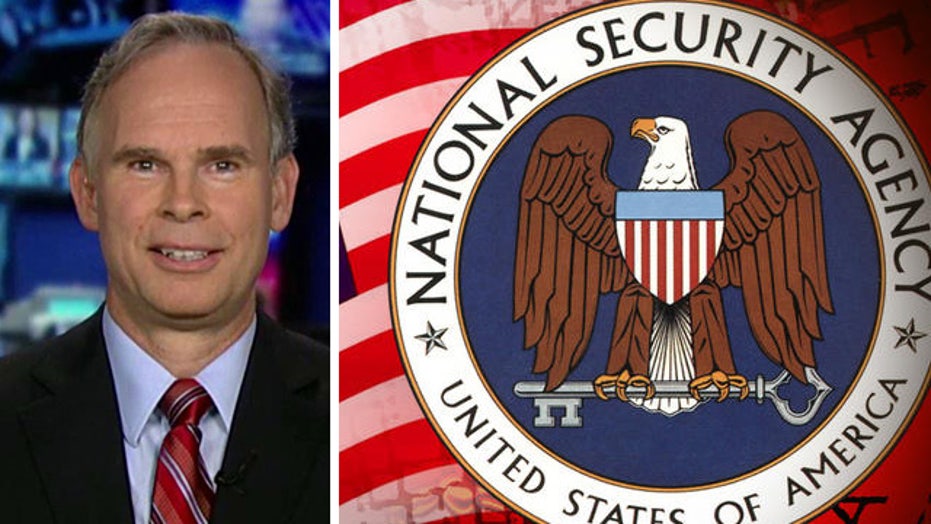 The NSA isn’t spying on the vast majority of Americans, a former head of the spy agency told Fox News on Thursday, defending what one civil liberties group called the "broadest surveillance order to ever have been issued."

A report by the Guardian revealed that under the Obama administration, the communication records of millions of U.S. citizens were being collected indiscriminately and in bulk, regardless of whether they were suspected of any wrongdoing. The report was based on a confidential order reportedly granted by the secret Foreign Intelligence Surveillance Court on April 25 that is good through July 19.

But the seizure of the phone records of millions of Verizon users did not mean the agency was spying on Americans, explained former NSA deputy director Cedric Leighton.

"You really don’t have time when you're an agency like the NSA to listen in to everybody’s conversations," Leighton told Fox News anchor Bill Hemmer. "You only listen in on those that you have a specific warrant for or have reason to believe they are engaged in terrorist activities."

"What we are looking at here is a way to go through a whole bunch of info very, very quickly,” Leighton explained.

"I am okay with the basic idea of going after those who are connected to terrorist groups, and I think most Americans are okay with that," said Leighton. "What you are looking at though is a lot of data, and it requires a lot of good control mechanisms put in place for handling that data. If those controls are followed, if the rules are followed, then there should not be much a of a problem with it -- but you have to be very careful."

While the administration has not denied the existence of the order, it has defended its authority to seize phone records and stressed that it does not monitor calls.

Leighton explained that this type of surveillance is necessary during the age of metadata; the agency collected information such as phone numbers, name and the location of the speakers and not the content of phone conversations, and it focused on those connected to terrorist organizations.

"From a civil liberties perspective, the program could hardly be any more alarming. It's a program in which some untold number of innocent people have been put under the constant surveillance of government agents," Jaffer said in a statement.

According to Leighton, these kinds of data collections have been used "extensively" and successfully to thwart attacks and catch terrorists, however.

"This type of surveillance was very important in wrapping up some of the loose ends of the Boston bombings," Leighton told Fox News. "Many of the terrorists that we were able to pick up in relation to 9/11 were either caught here in the united states or overseas."

If true, the broad, unlimited nature of the records being handed over to the NSA is unusual. FISA court orders typically direct the production of records pertaining to a specific named target suspected of being an agent of a terrorist group or foreign state, or a finite set of individually named targets. NSA warrantless wiretapping during the George W. Bush administration after the 9/11 attacks was very controversial.

Leighton also explained that there is an historical basis for the reported order. During World War II, the government intercepted telegraphs and we have to make sure that “our laws and procedures meet the requirements of the digital age” Leighton said.

Fox News' Joy Lin and Jake Gibson and The Associated Press contributed to this report.