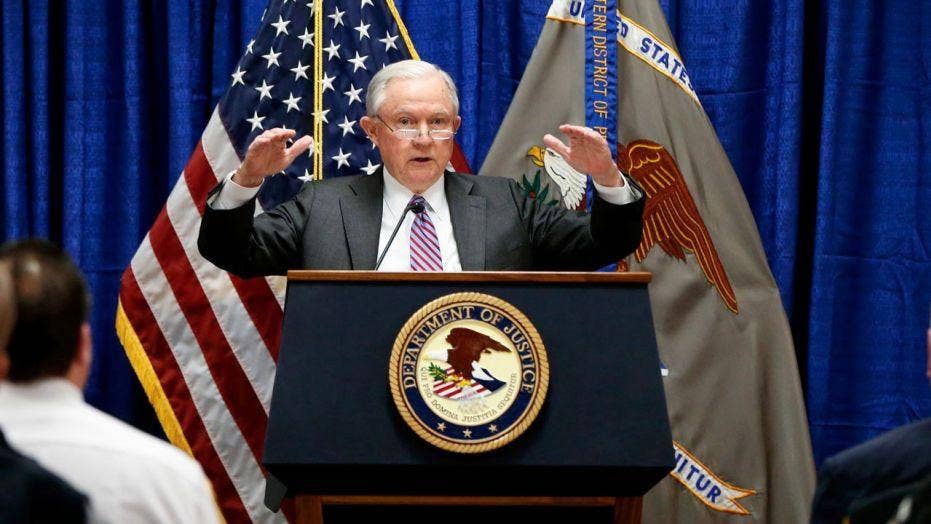 The only place to buy illegal drugs used to be on street corners, or through a local dealer. Police and undercover agents would set up sting operations, or force buyers to turn in their local dealer. Now, the drug dealing business has moved online – prompting law enforcement officials to navigate the dark web to crack down on drug traffickers.

The dark web, which can be found on a type of network called a darknet, is available through specialized software and specialized browsers, Alex Hamerstone, who works for a private IT security consulting company called TrustedSec, told Fox News.

For those seeking the drugs, Hamerstone says it can be easier to search the dark web than having a dealer meet them in person.

"It’s not that complicated to get on there but you have to be looking for it,” Hamerstone said.

Attorney General Jeff Sessions said this week he was creating a new team to combat the dark web users of the opioid epidemic. The goal of the Joint Criminal Opioid Darknet Enforcement (J-CODE) team is to navigate the dark web for illegal drug sale activity, specifically opioids, Sessions said on Monday during a speech in Pittsburgh.

This new initiative comes months after Sessions announced the Opioid Fraud and Abuse Detection Unit, aimed at using data analytics to crack down on doctors that were over-prescribing opioids. Law enforcemnt officials have been preparing for some patients to make the switch to illicit opioids once these doctors were stopped.

"It's like squeezing a balloon. You squeeze in one area, it's going to get larger in another area." FBI Special Agent Bob Johnson told Fox News. "Now the sad part is a lot of that heroin is laced with Fentanyl."

The dark web is not uncharted territory for the FBI. Prior to Sessions' announcement of the new darnet taskforce, Johnson acknowledged the FBI has already been on the darkweb, investigating buyers and dealers.

"We're finding out who's buying this stuff and we're trying to identify them throughout the nation, and actually incarcerate them," Johnson said.

Sessions said the allocation of resources toward dark web opioid trafficking investigations comes at a time when drug sales have become more common online. “With a few clicks of a button, you can go online and have them shipped right to your door.”

Alex Hamerstone, who works in a private firm that hacks companies to test their security, says this shift is no surprise. “Just like the rest of the world is moving more towards online purchasing, so is a lot of illegal activity.”

Sessions suspects there will be success with this new initiative because he says criminals mistakenly believe they remain anonymous in their online activity.

“They’re in for a rude awakening,” Sessions said.

From his experience in the FBI, Daly says he’s convinced there will be immediate effects when the program is implemented due to the fact the agency is adding dozens more special agents and intelligence analysts to tackle the issue.

“After that, it will take a certain amount of monitoring—ongoing monitoring—both on the internet as well as through a network of informants and other law enforcement techniques to be able to make sure that we keep this level of selling of illegal drugs down,” Daly said.