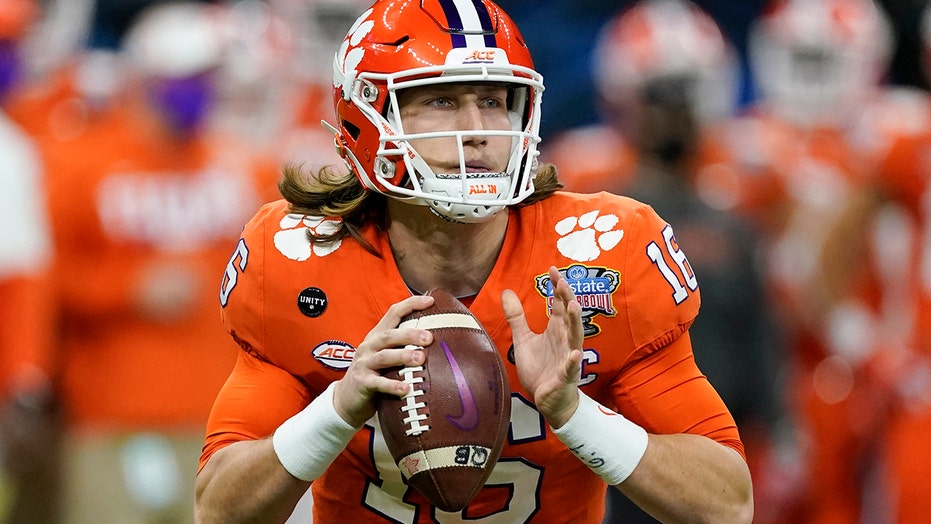 Trevor Lawrence was the top pick of the 2021 NFL Draft Thursday night and on Friday he spoke at length with the NFL Network about the expectations for his first season with the Jacksonville Jaguars.

The interview went viral, but not so much for what Lawrence said, but for what he did. Or really, didn't do.

NFL Network's James Palmer brought out a football during the interview with the hope that Lawrence would throw his first pass as a professional quarterback to the reporter. Lawrence politely declined the offer, saying he was going to "save it for some of my new teammates."

"You gotta shoot your shot," he said after the rejection. "I tried. Those guys are gonna have a good time catching balls from you."

Palmer quickly became the butt of some jokes with his NFL Network colleagues and fans.

Lawrence became the first Clemson player to be drafted No. 1 overall in school history. He joins a Jaguars team that went 1-15 last season, but added several new faces in the offseason including head coach Urban Meyer.

The runner-up for this year's Heisman Trophy to Alabama's DeVonta -- drafted by the Philadelphia Eagles -- Lawrence missed two games in his final college season testing positive for COVID-19 in October. Despite losing its star quarterback to the COVID protocols, Clemson still made it to the College Football Playoff semifinals in a showdown against Ohio State, but the Buckeyes pulled out a 49-28 victory putting an end to Lawrence’s collegiate career.

Lawrence, who was 34-2 as a starter at Clemson after three seasons, finished his career with 10,098 passing yards, 90 passing touchdowns, 18 rushing scores, and only 17 interceptions.