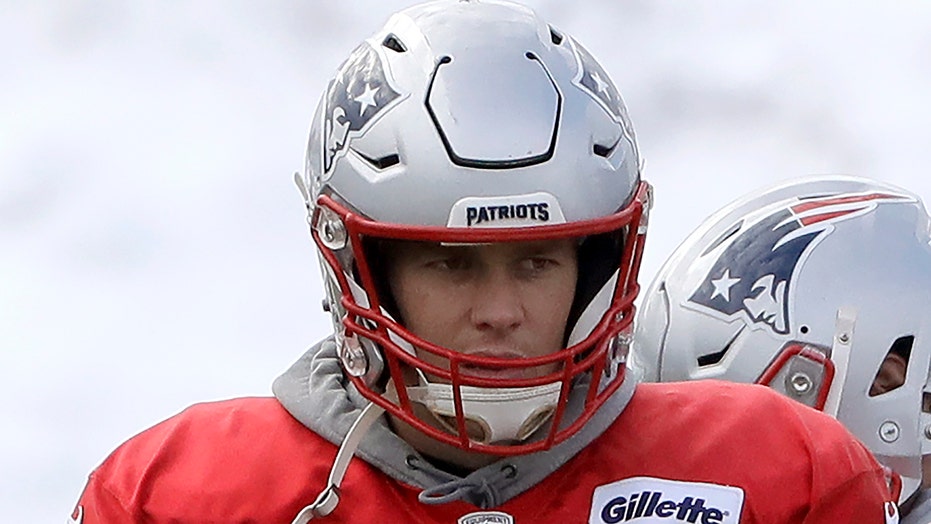 New England Patriots quarterback Tom Brady revealed that both his mom and his wife Gisele Bundchen would like to see him retire “at some point” due to the hits he receives.

In an interview with E! Network’s Jason Kennedy for his show “In the Room,” which aired Wednesday night, Brady praised his mother but also said she doesn’t like it when she sees someone tackling her son on the football field.

“Mom would prefer at some point for me to retire just like my wife would because she doesn't want to see me get hit either,” he told Kennedy.

Speculation about Brady’s future in the NFL has been swirling since he commented on the possibility of leaving the Patriots after the 2019 season. CBS Sports NFL insider Jason La Canfora fanned the flames of Brady possibly playing for a new team come 2020.

“If [Brady] does go anywhere, clearly he frustrated right now with the state of what’s around him in New England and he has been all year and it’s boiling over now,” he said in a radio interview Tuesday on 1360 San Diego. “Look at the skill position players with the Chargers. It would be the best cast Brady has played with since Randy Moss and Rob Gronkowski.”

La Canfora said the next step of Brady’s career could be in Hollywood. La Canfora made the same claim in October. ESPN’s Adam Schefter had also theorized in October that Brady could leave.

“Let’s boil this down to the basic facts once again,” Schefter said. “Let’s look at some simple things: Has he put his home for sale? Yes. Has his trainer put his home for sale? Yes. Has he set up his contract to void after this season to become a free agent? Yes. So if he’s selling his home and his trainer is selling his home and he’s voiding his contract? What does that tell you? He’s setting up to move on.”

Schefter added: “There are many times people set up things in their lives to move on and they walk to the abyss, look down and say, ‘Whoa, I’m not jumping now.' So he could change his mind.”

Brady acknowledged in an interview on WEEI radio in October that he doesn’t know what the future holds for him. He said there will be a time where he has had “enough,” but those decisions will be coming at the “appropriate times.”

“That is the great part for me, I don’t know,” he said. “I think that has been a unique situation that I have been in because I think when you commit to a team for a certain amount of years you kind of feel like [there is] the responsibility to always fulfill the contract."