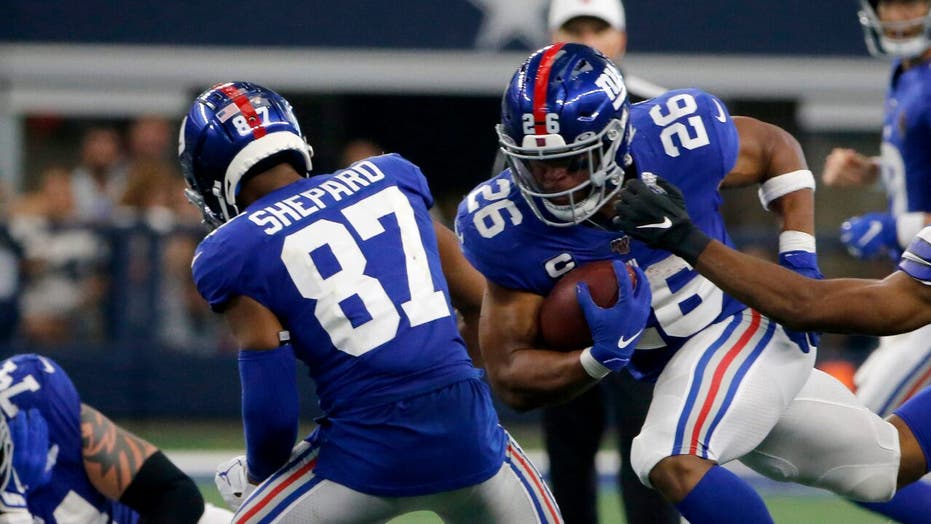 Say goodbye to Sterling Shepard until at least mid-October.

The Giants’ starting wide receiver on Wednesday was put on short-term injured reserve, meaning he must miss at least the next three games before he can return to the active roster. He came away limping late in the second quarter of last Sunday’s 26-16 loss to the Bears in Chicago after hauling in a 24-yard catch. He suffered a turf toe injury, which can be quite painful and can take at least a month to fully heal.

The feeling inside the Giants is this injury will not take much longer than three weeks to heal.

Shepard, 27, had eight receptions for 76 yards in the first six quarters he was on the field this season. His spot on the roster was taken by running back Devonta Freeman, signed to a one-year contract worth up to $3 million. Freeman was summoned after star back Saquon Barkley was lost for the season with severe damage to his right knee – a torn anterior cruciate ligament and a partially torn meniscus. Barkley went down on the first play of the second quarter in Chicago.

Losing Shepard is a blow to the offense. Left to pick up the pieces are Golden Tate and Darius Slayton. The third and fourth receivers are C.J. Board and Damion Ratley, not exactly the way the Giants drew it up. There are four receivers stashed on the practice squad: Johnny Holton, Austin Mack, Derrick Dillon and Binjimen Victor.

The Giants will have to get by without Shepard in the passing game for at least three games: Sunday vs. the 49ers at MetLife Stadium, a road trip to Los Angeles to face the Rams and a trip to Arlington to face the Cowboys. The earliest Shepard could be available is the Oct. 18 game vs. Washington at MetLife Stadium.

Shepard played in only 10 games in 2019, dealing with two concussions. His four-year, $41 million contract runs through the 2023 season.