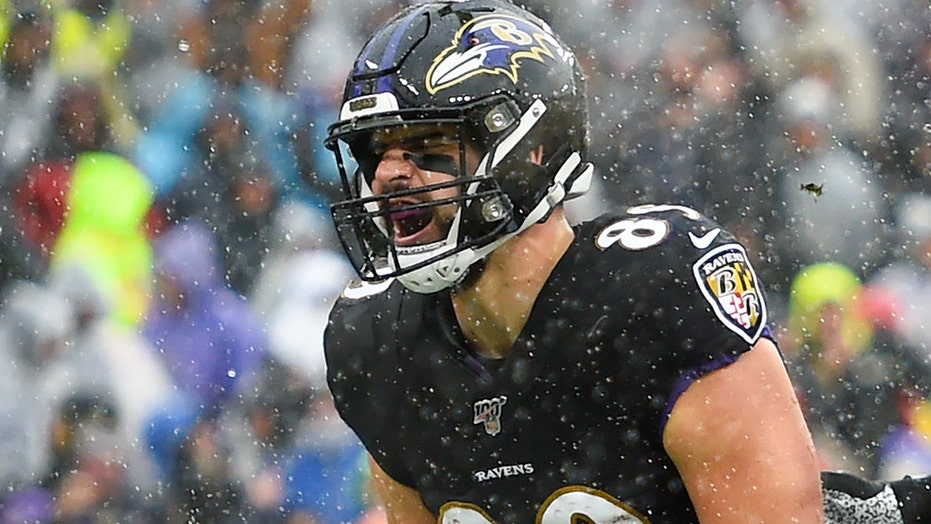 The rivalry between Ohio State and Oklahoma has carried on during the 2019 NFL season.

Baltimore Ravens tight end Mark Andrews carried the proverbial “flag” for the Sooners during his game against the San Francisco 49ers. He responded to 49ers rookie Nick Bosa’s flag-planting taunt after the defensive end made his gesture during a win over the Cleveland Browns in October.

Andrews caught a 20-yard touchdown pass from Lamar Jackson in the first quarter against San Francisco. He celebrated by planting the “flag” in the end zone. He said after the game it was a response to Bosa’s taunt against the Browns.

“Yeah, it was a little comeback,” the former Oklahoma tight end said, according to NBC Sports Bay Area. “’Bosa, Bosa,’ you know one of those things, just like he said ‘Baker, Baker.' It is what it is. Just having fun out there. You kind of talk bad about Oklahoma you're going to get reprimanded.”

Bosa was held to just one tackle.

The budding star got his revenge on Baker Mayfield during his Week 4 matchup. He responded to Mayfield planting the flag at the Buckeyes’ home stadium after Oklahoma’s win against Ohio State two years ago.

“I think everybody knows what that was for,” Bosa said at the time. “Just wanted to get payback. He had it coming.”