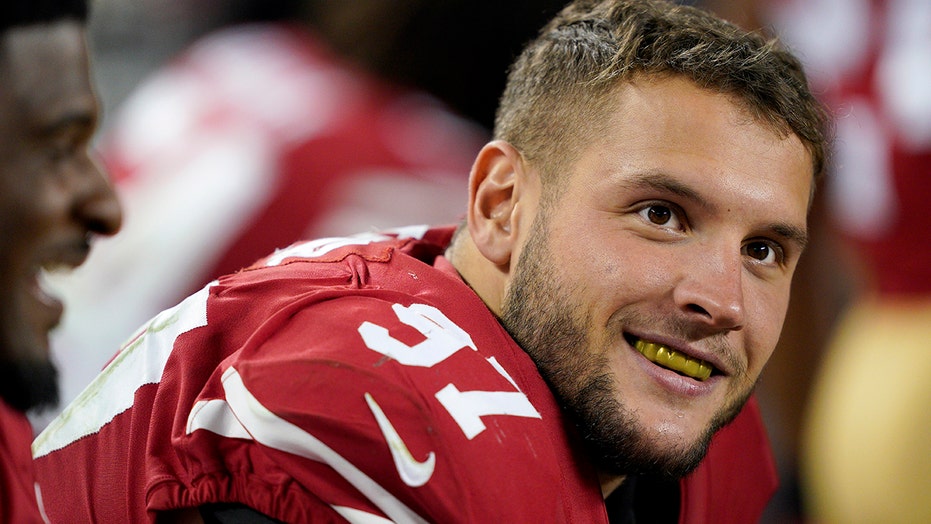 San Francisco 49ers defensive end Nick Bosa got some revenge on Cleveland Browns star Baker Mayfield on Monday for what the quarterback did at the rookie’s alma mater when they were both in college.

Bosa sacked Mayfield twice in the game and after one of the tackles, he imitated planting a flag on the field, a clear shot at the quarterback who planted the Oklahoma Sooners’ flag after the team defeated the Ohio State Buckeyes more than two years ago.

“I think everybody knows what that was for,” Bosa told reporters after the game. “Just wanted to get payback. He had it coming.”

San Francisco forced Mayfield to throw two interceptions and get sacked a total of four times. He was only 8-for-22 passing for 100 yards. It was the lowest passing-yard total of his career and the first time he failed to go without a passing touchdown since he subbed for Tyrod Taylor on a Thursday night game against the New York Jets last season.

On the other end, 49ers quarterback Jimmy Garoppolo passed for 181 yards and had two touchdown passes – one to George Kittle and the other to Matt Breida.