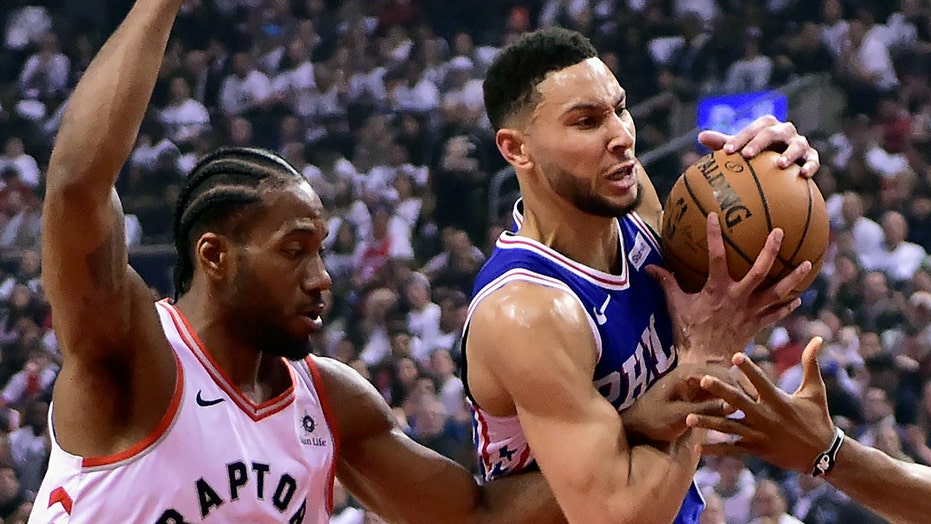 Philadelphia 76ers star Ben Simmons got physical with Toronto Raptors guard Kyle Lowry in the first half of the team’s win in Game 3.

Lowry appeared to box out Simmons during a shot and the tall Australian guard fell down. But when Simmons attempted to get up, he elbowed Lowry in the groin, causing the Raptors player to go down in pain.

Simmons then ran down the court as if nothing happened. He didn’t receive any foul on the play and it’s unclear if he will receive any discipline ahead of Game 4.

Lowry had seven points, five rebounds and five assists and was 2-of-10 from the field.

The 76ers won the game 116-95 and took a 2-1 series lead in the Eastern Conference Playoffs semifinals.