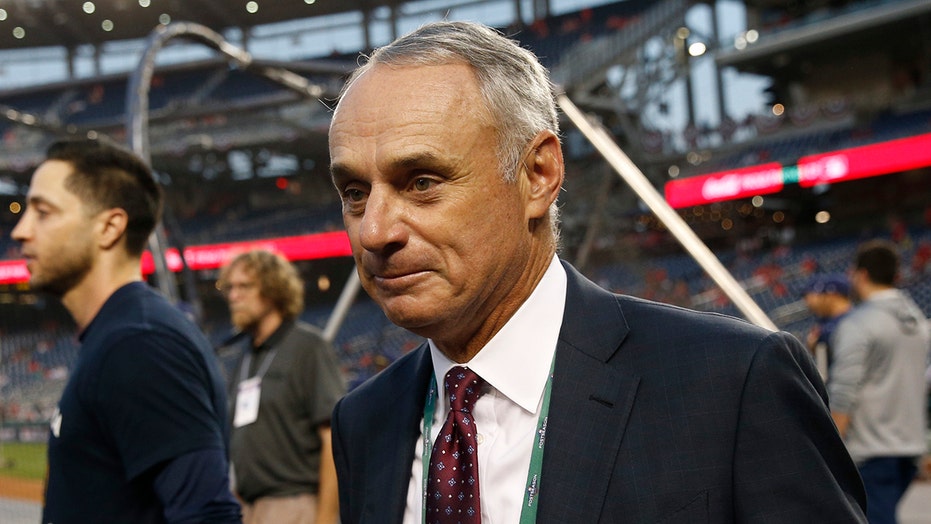 MLB commissioner Rob Manfred is optimistic that baseball fans will be able to attend the sport’s biggest platform later this month after a shortened regular season saw empty stadiums across the U.S.

Speaking remotely to the Hofstra University business school on Monday, Manfred shared his hopes that MLB will be able to model its attendance policy for the League Championship Series and World Series to those few NFL teams who had fans in the stands this past week.

A’S PITCHER FURIOUS AFTER TEAM PLAYS THROUGH POOR AIR QUALITY: ‘I SHOULDN’T BE GASPING FOR AIR’

"I'm hopeful that the World Series and the LCS we will have limited fan capacity," Manfred said, according to The Athletic. "I think it's important for us to start back down the road. Obviously it'll be limited numbers, socially distanced, protection provided for the fans in terms of temperature checks and the like. Kind of the pods like you saw in some of the NFL games. We’ll probably use that same theory.”

He continued: “I do think it’s important as we look forward to 2021 to get back to the idea that live sports, they’re generally outdoors, at least our games. And it’s something that we can get back to.”

The league and the player’s association finalized an agreement on Tuesday where the Division Series, League Championship Series and World Series will be part of a bubble designed to minimize exposure to the coronavirus.