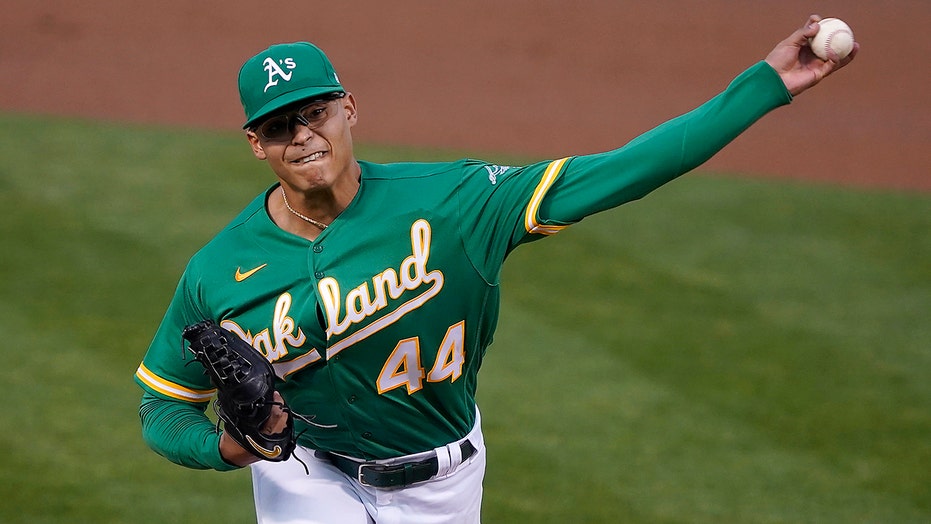 Jesus Luzardo wasn’t happy that his Oakland Athletics and the Seattle Mariners played baseball on Monday in Seattle after the city was in a cloud of smoke due to the Pacific Northwest wildfires.

Luzardo, who, tested positive for the coronavirus earlier in the season, voiced his opinion on the situation.

"When I came out, it (the air quality index) was at 284," Luzardo told reporters, according to the Mercury News. "I'm a healthy 22-year-old, I shouldn't be gasping for air or missing oxygen when I'm getting to the line. I'll leave it at that."

The roof at T-Mobile Park was closed, but the field was filled with smoke. Athletics center fielder Ramon Laureano was one of many players who wore a mask to protect themselves from the terrible conditions.

The apocalyptic scenes created by the massive wildfires in Oregon are just the beginning, officials have warned, as they continue to battle the crippling infernos that have killed at least 10 people in the state.

The fires began swallowing up large swaths of land on Sept. 7 and now a thick yellow smog hovers over much of the burning West.

Thousands have been displaced because of the fires.