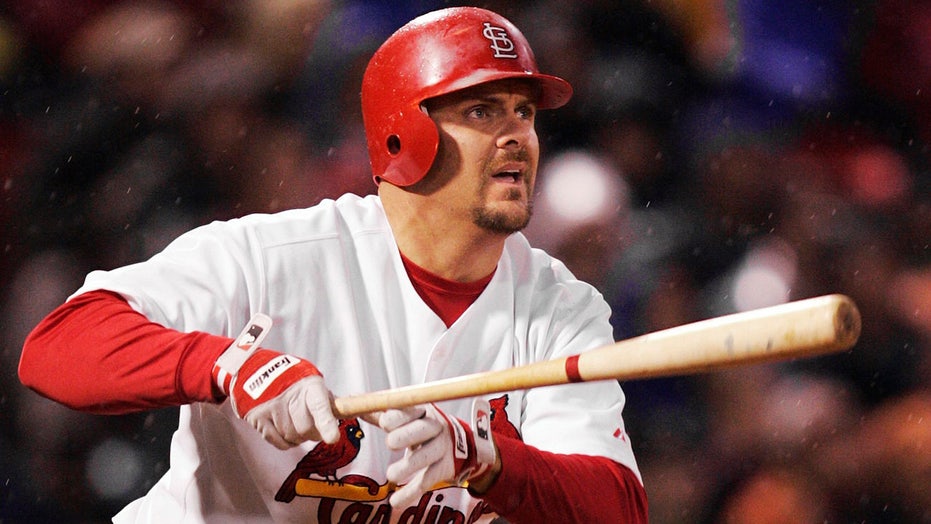 Larry Walker was elected into the Baseball Hall of Fame on Tuesday, narrowly crossing the 75 percent threshold needed to get into Cooperstown, and joined an even more exclusive club.

Walker appeared on 76.6 percent of the ballots. The one-time National League MVP played for the Montreal Expos, Colorado Rockies and the St. Louis Cardinals over the course of his career.

The former outfielder became the second Canadian-born major leaguer to be elected into the Hall of Fame. He joins Chicago Cubs great Fergie Jenkins as the only Canadians in the Hall. Jenkins was inducted in 1981.

“As a Canadian, it's a proud moment for me to represent my country and join Ferguson Jenkins in the Hall of Fame,” Walker said during MLB Network’s broadcast of the Hall of Fame announcement.

Walker joined Derek Jeter as the only two players elected to the Hall of Fame this year.

While the outfielder didn’t win a World Series or have any transcendent baseball moments in his career, he still put up incredible stats.

Walker won the batting title three times and hit over .300 nine times in his career. While some say his numbers were inflated because he played at Coors Field during the prime of his career, he still managed to make an impact with whatever team he was playing for.

The former outfielder didn’t expect to get into the Hall, tweeting earlier Tuesday, “Although I believe I’m going to come up a little short today I still wanna thank all you that have been pulling for me and showing your support. I’m grateful for all of you! It’s been fun leading up to today reading everyone’s thoughts.”