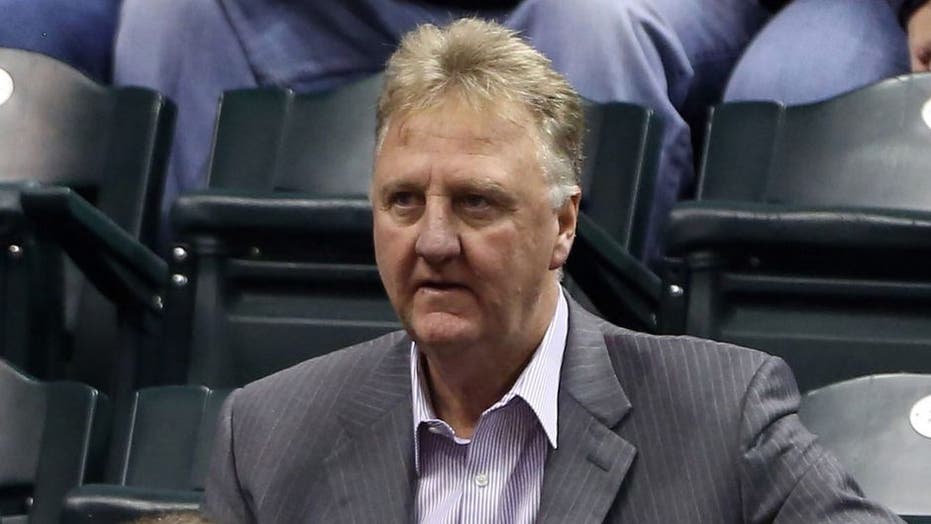 Basketball Hall of Famer Larry Bird is a legend in the state of Indiana and a mural painted on the side of a multi-family residence has the three-time NBA champion crying foul.

The mural, created by artist Jules Mack, is a replica of Bird’s appearance on a 1977 Sports Illustrated cover. He is in his Indiana State jersey, where he played college basketball. While Bird appreciates the mural, he was not a fan of the tattoos the artist painted on his body.

Bird “needs to protect” his brand and “doesn’t want to be seen as a tattooed guy,” said Gary Sallee, the former Indiana Pacers executive’s attorney.

A mural of former NBA star Larry Bird is seen on the side of a multi-family residence in Fountain Square, Wednesday, Aug. 21, 2019, in Indianapolis. (AP Photo/Darron Cummings)

Mack said he was trying to be funny. She said she will remove most of the tattoos, which include two rabbits mating on his right arm and the Ball State Cardinals logo on his face.

She told the Indianapolis Star the “Indiana” tattoo across his left arm will stay.

Bird was born in Indiana and was known through his career as the “Hick from French Lick.” He played with the Boston Celtics for 13 seasons and was an All-Star in 12 of those seasons.

Bird's attorney, Gary Sallee, says the former Indiana Pacers executive "needs to protect" his brand and "doesn't want to be seen as a tattooed guy." Artist Jules Muck says she was just trying to be funny. The mural is a replica of Bird's appearance on a 1977 Sports Illustrated cover when he played college ball for Indiana State. (AP Photo/Darron Cummings)

He was inducted into the Basketball Hall of Fame in 1998.