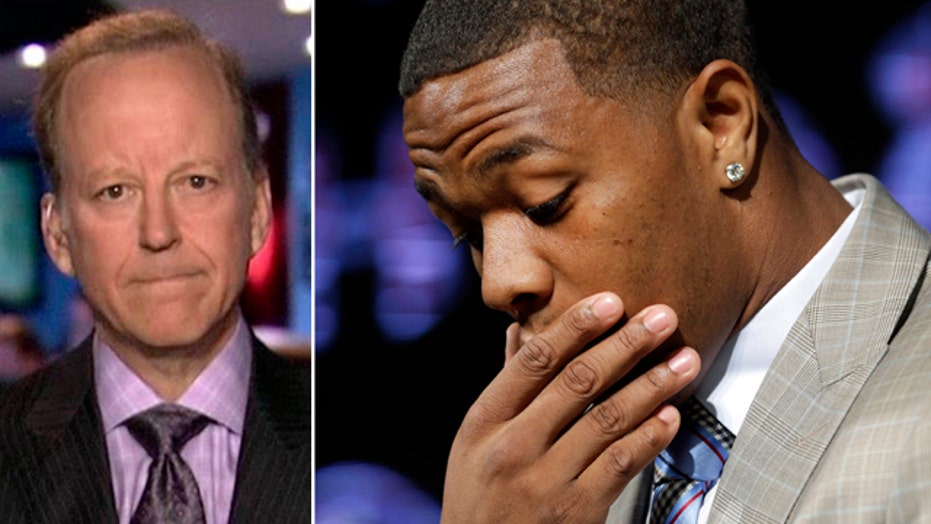 "This is a massive failure of judgment by so many people on so many levels," Gray said on "America's Newsroom" after the release of new surveillance video in the case. "Where are all these people who led this to this point? It's just a massive failure. It's totally inexplicable."

NFL Commissioner Roger Goodell and the Ravens said video obtained by TMZ showing the star running back knocking out his then-fiancée in an Atlantic City casino elevator was not made available to them until Monday. TMZ reported Tuesday that the league never asked the casino for the damning footage from February 15.

"(The NFL) knew what had gone on," Gray said. "Every hotel that you enter now has a camera in the elevator."

Gray also slammed the Atlantic County, N.J., prosecutor for approving Rice's request for a pretrial intervention program in light of the disturbing evidence.

"What did this prosecutor see that allowed him to say, 'Hey, Ray Rice only deserves to go through a diversionary program in a pre-trial type of deal where he can now just have a year of probation'… Where's the judgment there?"

The Ravens fired Rice on Monday, hours after the release of the new video. Goodell followed by suspending the Pro Bowler from play indefinitely. Rice was previously suspended for two games in a controversial decision that prompted Goodell to admit he "didn't get it right."