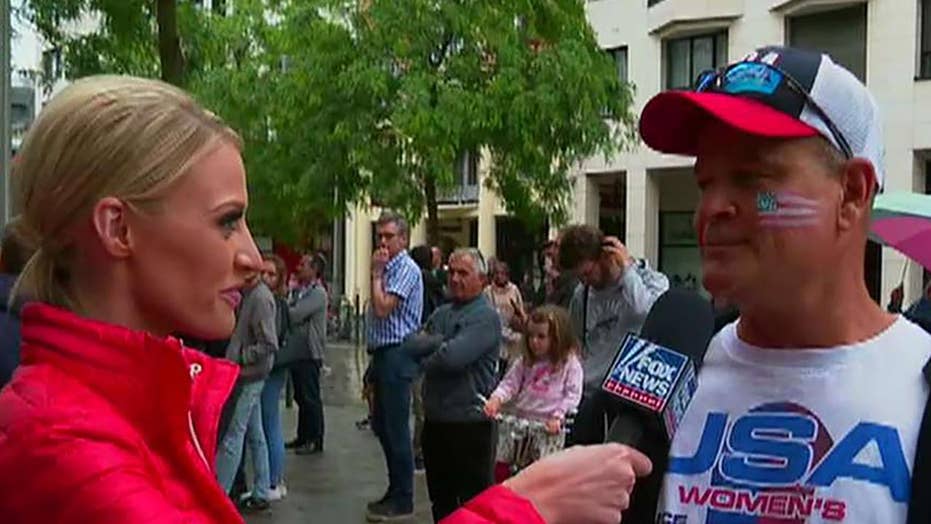 Fox News reporter Carley Shimkus catches up with US fans in France.

O’Reilly, who is an analyst for FOX Sports, was teammates with Solo when the pair were playing under Ellis during the 2015 Women’s World Cup. She told Fox News the U.S. team has shown they are “not perfect.”

“I think all teams go through highs and lows in a tournament and I like to keep anything that goes on in the team in-house,” O’Reilly said. “I am very private about the good times and the bad times of things that happened throughout national team.”

Solo told a BBC podcast that Ellis was a poor leader and someone who “cracks under pressure.”

“For me, personally, I feel over the past five years I've made a lot of important decisions and I have processes to make those decisions, and I own those processes,” Ellis said. “At this point, everything and every focus is about this group of players that are here and now. Pundits, out there, that's part of it. And part of the message is always to make sure that the focus is on the internal part of the game. And that's where we are.”

Current U.S. goalkeeper Alyssa Naeher and midfielder Julie Ertz also downplayed the comments as they tried to drown out the noise heading into their opening World Cup match against Thailand.

The U.S. and Thailand kickoff at 3 p.m. on Tuesday.

Fox News’ Lucia Suarez Sang and the Associated Press contributed to this report.