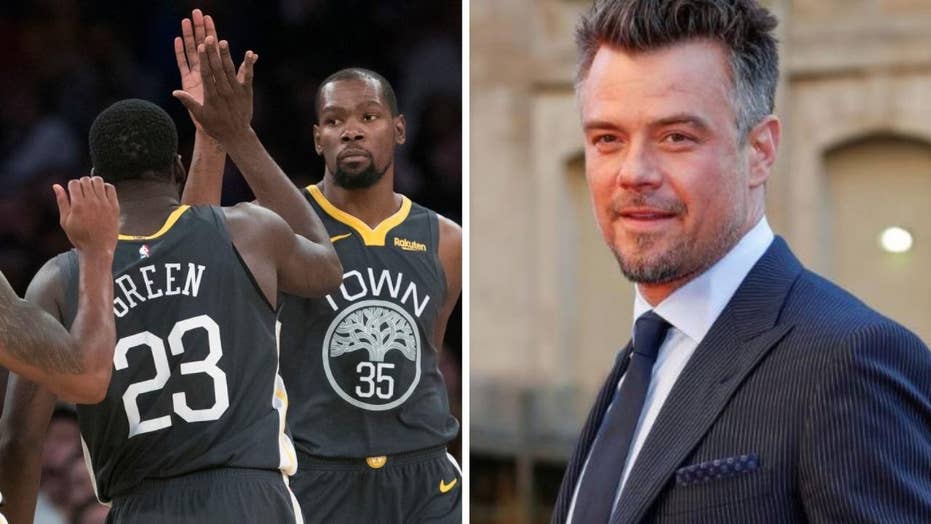 The Golden State Warriors, fresh off a win Friday night against the Knicks, got the last laugh as well after posting a video of the team dancing to a remix of Fergie singing the national anthem from the NBA All-Star Game.

Earlier this week, Fergie’s ex-husband, Josh Duhamel, slammed Warriors player Draymond Green for openly smirking and giggling at the performer while she was belting out her rendition of “The Star-Spangled Banner.” Duhamel was unamused by Green’s reaction and told FS1’s Kristine Leahy that he believed the basketball star owed Fergie an apology.

“I was pissed off at Draymond Green, first of all. I think he owed her an apology. I thought he was kind of a prick. Just because he knew the camera was on him, and he snickered about. I just thought that, if he would have been a real man, he would have at least called her and said, ‘Listen, I’m sorry that I caused all this.’ … That’s what a real man would have done, in my opinion.”


MOST CONTROVERSIAL NATIONAL ANTHEMS DELIVERED BY A CELEBRITY

“Note to self: Think twice before you call out the champs. Well played @warriors,” he wrote.

Green responded, “Hahaha it was never any disrespect to her …. But the challenge about to be lit G!”