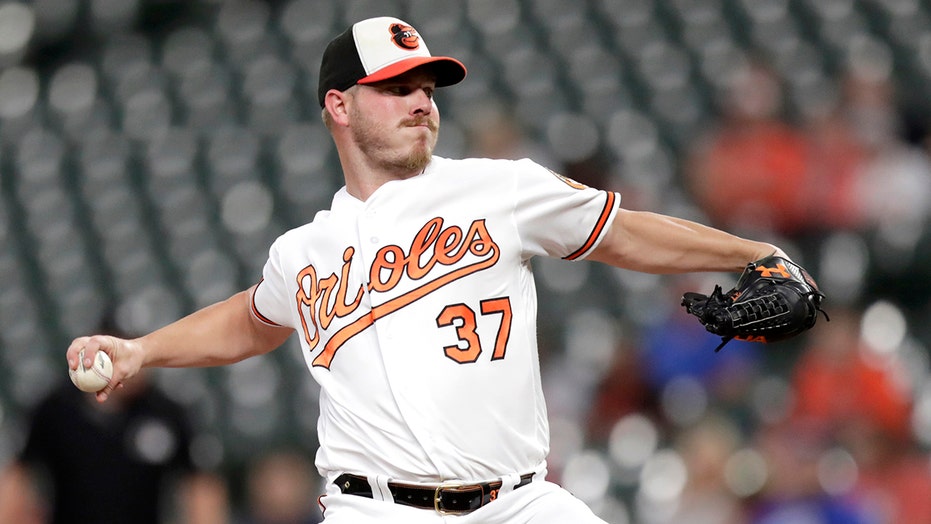 The Los Angeles Angels acquired pitcher Dylan Bundy from the Baltimore Orioles on Wednesday in exchange for four minor leaguers.

Bundy was a highly touted prospect in the Orioles’ organization for many years. He made his debut with the team in 2012, when he was just 19. But in the middle of the following season he was shut down and needed Tommy John surgery. He wouldn’t see the majors again until the 2016 season.

The now 27-year-old starter has become a durable pitcher known for a nasty slider. Baltimore acquired four minor league pitchers for Bundy, none of which are rated in the top 20 of Los Angeles’ organization by most estimates.

Orioles general manager Mike Elias said the trade “represents a big step toward our stated goals to accumulate and develop as much young talent as possible.”

“It's a bittersweet thing, parting with Dylan,” Elias said. “He has done a lot for the Orioles. He has laid it on the line at all times for the Orioles and always taken the ball, and this dates well back beyond my short time here. We're going to miss him, and we have a hole in our rotation to fill.”

His contract was intriguing to Angels general manager Billy Eppler. Bundy is under club control for two more seasons.

“You give up players that you just recently drafted, and that can go a number of directions,” Eppler said. “Every deal hurts, and this one is no different.”

Los Angeles is coming off a season in which they fired manager Brad Ausmus and hired Joe Maddon. The team was 72-90 last season, good for fourth place in the American League West. The team has not made the playoffs since 2014.

The Los Angeles Angels have acquired right-hander Dylan Bundy from the Baltimore Orioles in a trade for four minor league pitchers. The 27-year-old Bundy has been a solid starter with a nasty slider for the past four seasons with the Orioles. He will be a key rotation member in Los Angeles as the Angels look to improve one of the majors' worst rotations. (AP Photo/Julio Cortez, File)